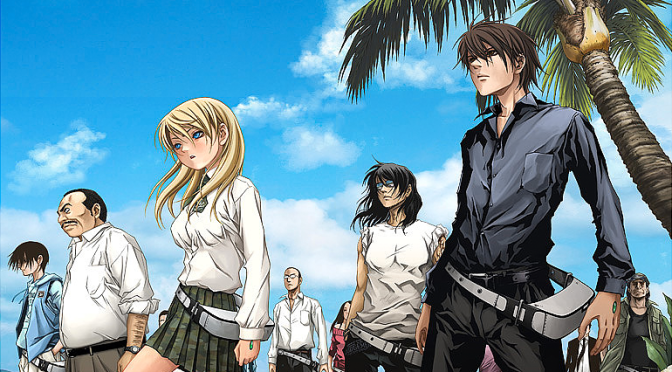 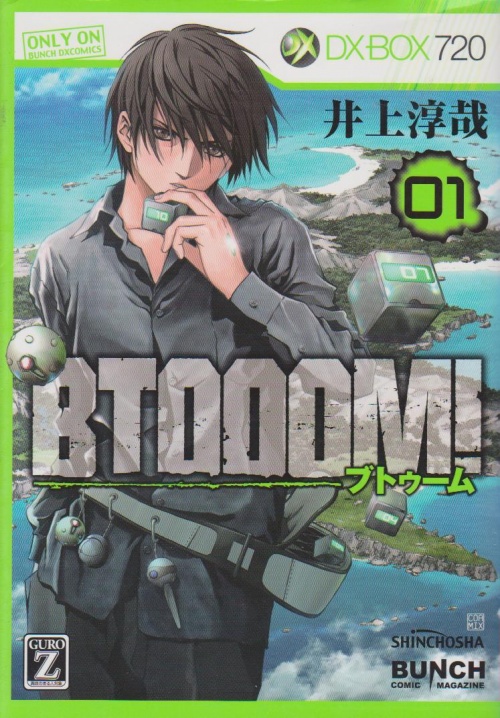 This week for Manga Monday I’m covering a series I’m not really sure about. It’s Btooom! by Jun’ya Inoue!

Plot Synopsis: Ryōta Sakamoto is an unemployed 22-year-old young man who lives with his mother Yukie. He is one of the world’s top players of the combat video game called Btooom!. One day, he awakes in what appears to be a tropical island, though he does not remember how or why he has been transported there. While wandering around, Ryōta sees someone and calls out for help. The stranger responds by throwing a bomb at him.

Plot: The plot is pretty dark, covering topics that society doesn’t really approve of, like rape and domestic violence. The plot is pretty engaging and while I enjoy it, it’s also very violent which is a turn off to me when I was watching the first episode of the Anime adaptation. However in the Manga format I can deal with it better.

Characters: Sakamoto is a pretty nice guy, so when thrown into the situation he finds himself in he ends up looking like an idiot a lot of the time. The rest of the cast is a lot less scrupulous so they do fairly well. I won’t spoil the rest of the cast as it gets really interesting, but I enjoy Sakamoto the most out of all of them.

Artwork: The art is gritty and dark, which is typical for a Seinen series. The art is not the best I’ve ever seen, but it’s far from the worst.

Overall: If you like a dark plot and great artwork, this series is for you.

For those who like: Dark Plots, Great Cast of Characters, Excellent Artwork, Battle Royale.