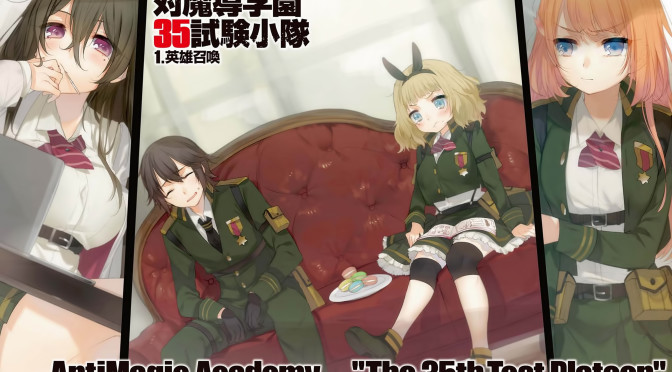 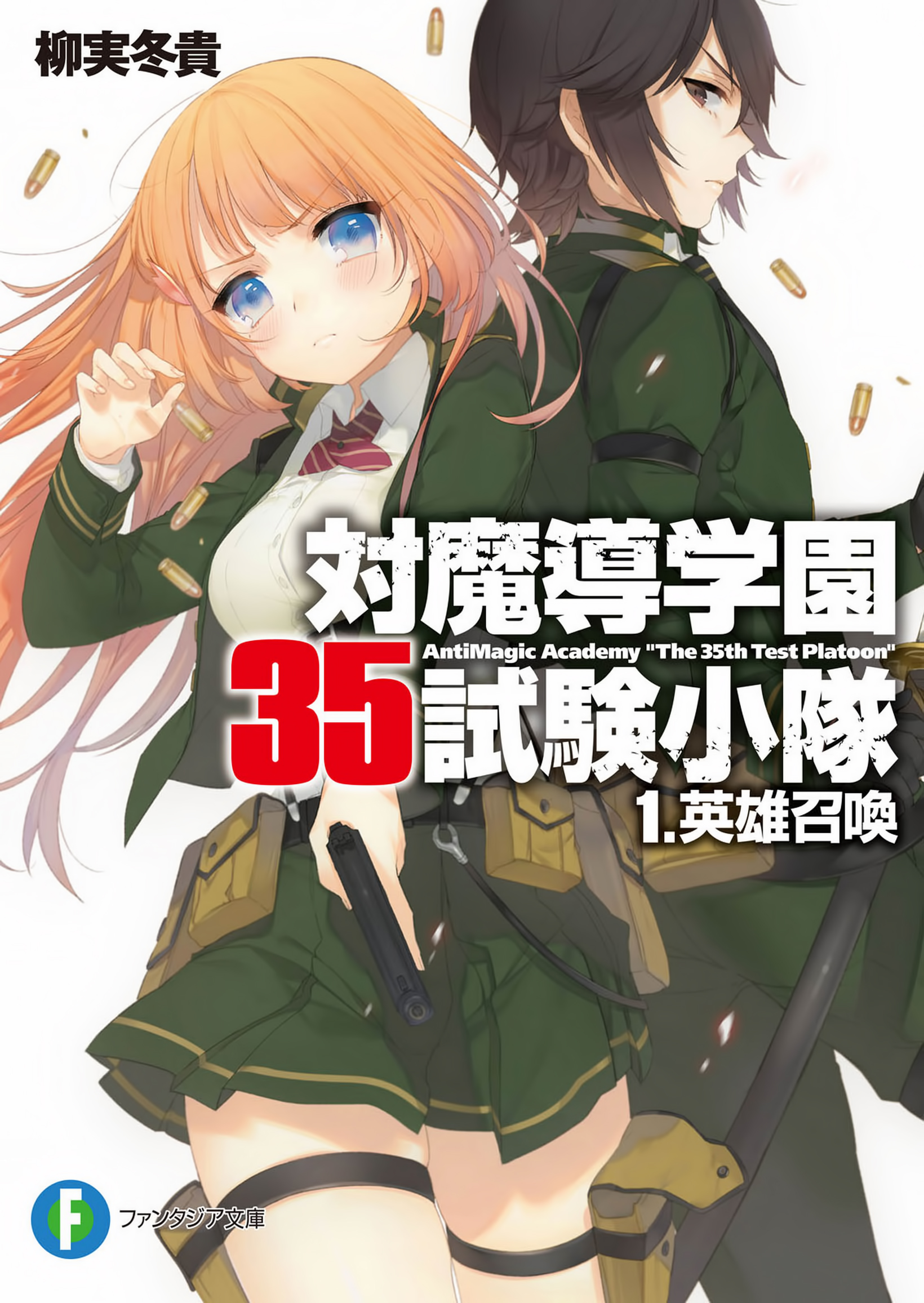 Plot Synopsis: In a world where people possessing magic are going extinct and armaments are at the peak, the seat that was taken from the sword by magic, is handed over to guns and the one cracking down on remaining magical threats is the 『Inquisition』. Kusanagi Takeru despite being unable to use guns, and fights with only a sword, is attending Inquisition’s training institution known as 『AntiMagic Academy』. The 35th Test Platoon aka 『Small Fry Platoon』 led by Takeru is a mishmash of underachievers. However, one day a handgun-using super elite qualified to join Witch HunterDullahan, Ootori Ouka has been enlisted in their platoon. Takeru who is the captain, goes with Ouka and the others on a mission to recover a Magical Heritage, however――. The revived 『Hero』 is walking on earth, will he be sent back by the girl’s gun? Or maybe by the boy’s sword?! A school action fantasy awaits!

Plot: So it’s not nearly as boring as Seirei Tsukai no Blade Dance or other such Magic academy series, in fact I actually enjoyed this one, despite the fact that all the girls in this guy’s squad are after him and he’s a complete dunce. That by itself normally would bore the hell out of me, but the concept that this guy is literally bringing a knife to gun fights was such an interesting premise; that I ended up reading the first volume and enjoying it immensely.

Characters: I actually like Mari the most out of the main crew of people, because she’s actually really smart and uses her brains to fight. Ikaruga is a close second, but she really doesn’t participate in all that much action so she loses to Mari on that aspect. Takeru is actually fairly interesting, and the reason why he can actually fight against people with guns with just a sword and not get killed instantly is pretty cool. I’ll let you find out the why though for yourself.

Art: The art is great, but again nothing like No Game No Life. [Sidenote: Congratulations to Yū Kamiya on getting Yen Press to license that series here in the States.]

Overall: If you can get over the fact that it’s a harem series, it’s actually a great read.

For those who like: Bringing knives to a gun fight, Harem series, Magic schools, Great art, Decent plot.