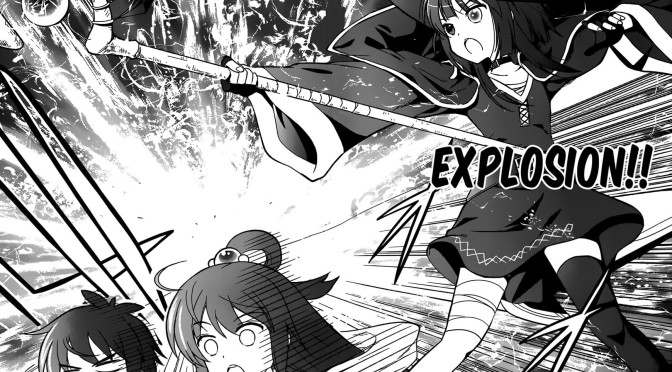 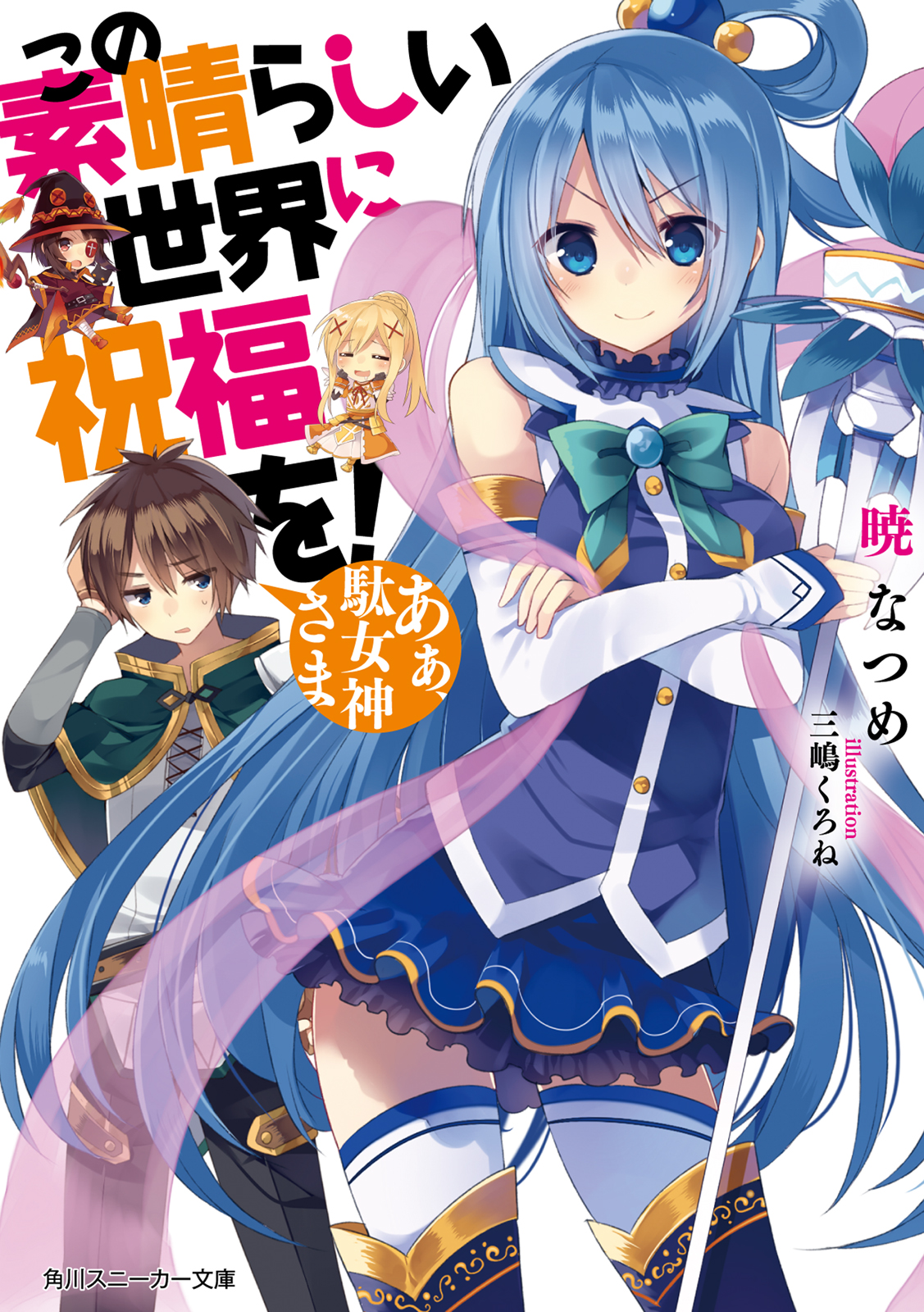 This week for Light Novel Thursday I’m covering a series I read a few weeks ago. It’s Kono Subarashii Sekai ni Shukufuku o!, or Gifting this Wonderful World with Blessings! in English, by Akatsuki Natsume!

Plot Synopsis: Kazuma Satou is a shut in who loves game, and his life ended suddenly… Appearing before him is a beautiful girl claiming to be a goddess. Kazuma who was transported to a different world worked hard to earn a living! Kazuma wanted to live a stable life, but was burdened with problems caused by the goddess he brought along to the different world with him.

Plot: The plot is a lot less serious than something like Tate no Yuusha or Arifureta. That isn’t to say it’s a bad plot, but it’s just not nearly as enthralling as those two series. I enjoyed the story, but found the humor a little grating. That being said if you want a much less serious “Transported to an Alternate World” series this is for you.

Characters: Kazuma has great luck, or at least he does most of the time. The fact he attracts the rest of the cast is very unlucky for him, hilarious for the rest of us. He get’s the standard party to join him with hilarious results. Healer, the above mentioned goddess, Mage, a delusional girl with aspirations of becoming a master of one spell, and Warrior, a Masochist.

Art: The art is okay, but nothing spectacular.

Overall: If you want to laugh, this is a good series. Just don’t expect anything too serious.