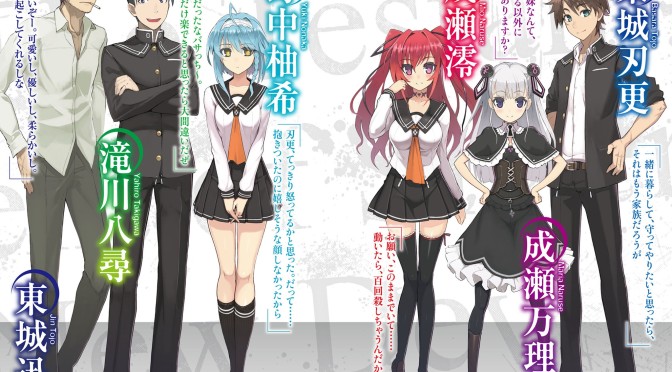 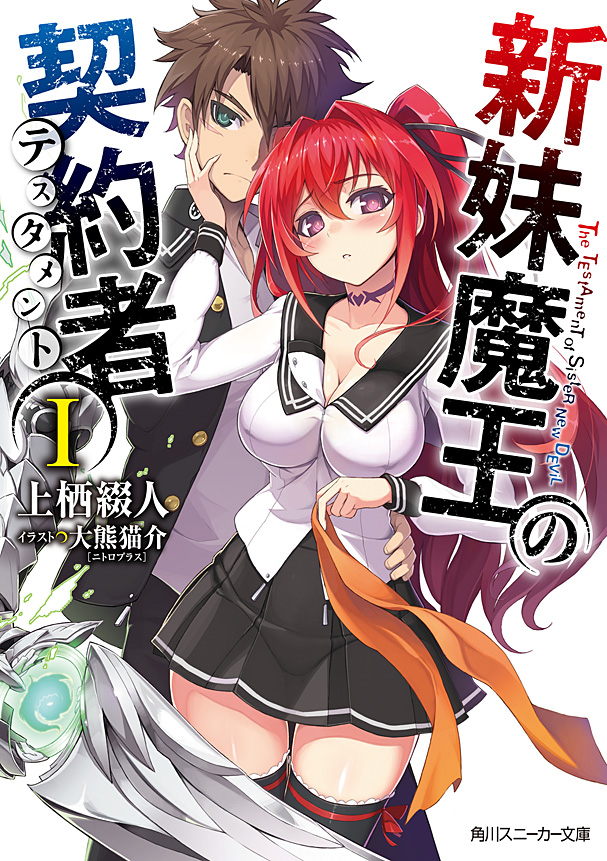 This week I’m covering a series that I really enjoyed, even if it was a bit of an oddball in the first few pages. It’s Shinmai Maou no Testament by Tetsuto Uesu!

Plot Synopsis: “Hey, you said you wanted a little sister, right?” First year highschool student, Toujo Basara, was suddenly asked this question by his father, and he fell into a state of panic. On top of that, the eccentric father told him that he will be getting remarried. He then departed overseas after bringing Basara two beautiful step-sisters leaving him to watch over the house with them all alone.

Plot: Despite that Romcom sort of plot intro it really isn’t a Romcom. It’s quite an interesting read, and it’s got plenty of action.

Characters: Mio is definitely my favorite character, because she’s actually believable in her role, which I won’t spoil. Basara is also quite cool and his backstory is nice, at least from the first volume that I read.

Art: The art is great. Nothing like No Game No Life but not anything bad at all.

Overall: If you want a great Romance and Action series look no further.

For those who like: Action, Romance, Great Cast of Characters, Fantastic Plot, Splendid Art.