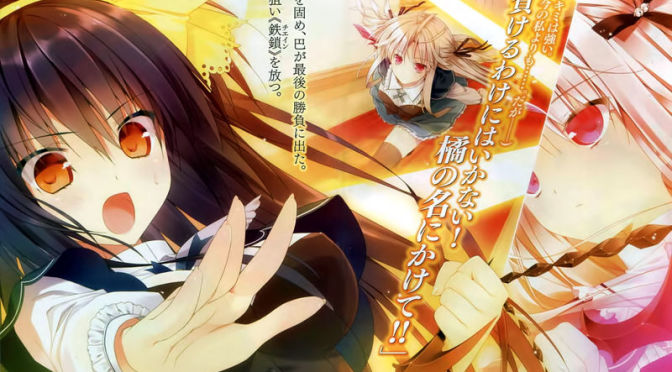 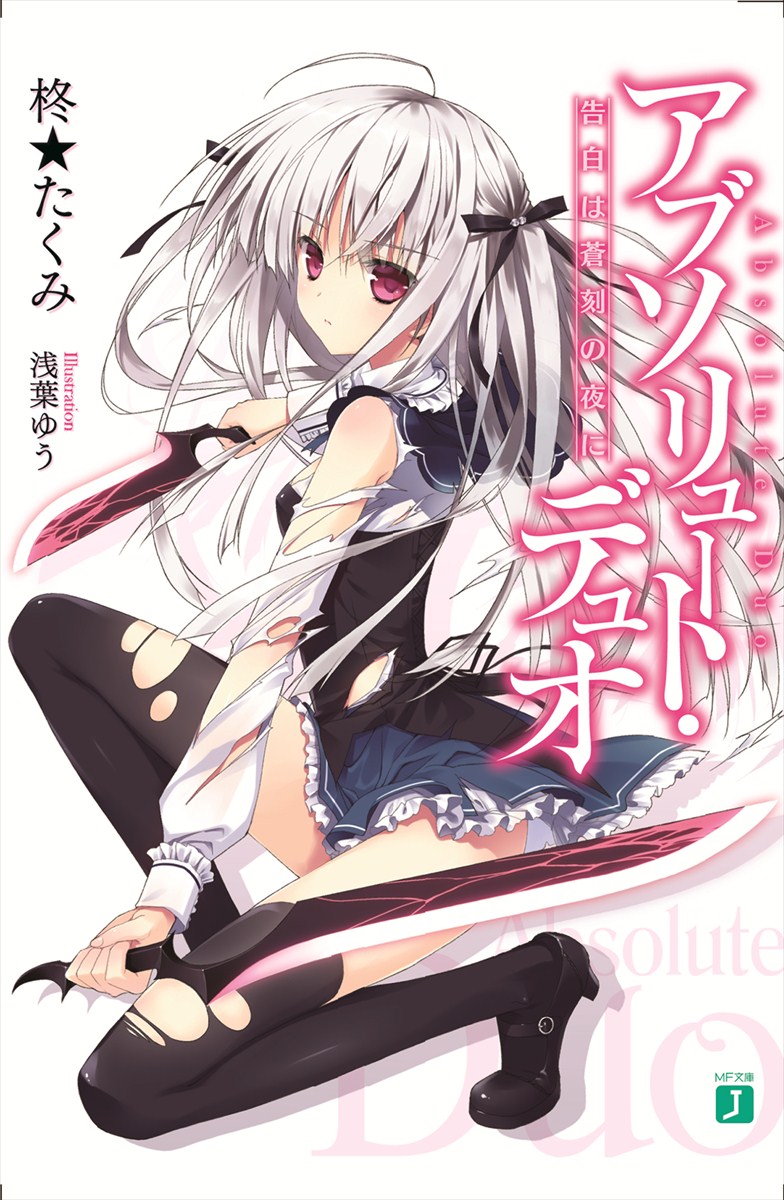 This week for Light Novel Thursday I’m taking a look at one of the better “Magic School” series I’ve recently read, it’s Absolute Duo by Hiiragi★Takumi. Yes the star is meant to be there.

Plot Synopsis: 《Blaze》— That is a weapon made by materializing your own soul with your enhanced will power. I, Tooru Kokonoe, have that ability which is said to be possessed only by one in every one thousand people, so it was decided that I would enroll at the  Kouryou Academy that gives out 《Blaze》, and a school that teaches battle techniques. But for an unknown reason, my 《Blaze》didn’t have a shape of a weapon, but a protector, and it takes the form of a 《Shield》.

Plot: The plot is fairly standard, and while I enjoy this series it’s nothing fantastic like the Toaru series or Mushoku Tensei. That said it’s better than most of the other “Magic School” series like Seirei Tsukai no Blade Dance which is about a guy getting into an all female school. Absolute Duo is a co-ed school, thank god, and it’s a pretty harsh school. The character’s don’t get off easy and have to struggle to not be expelled from the school for failing a test.

Characters: This is a harem series, which is fairly typical of a “Magic School” series, however they make it so the characters falling in love with the guy, Tooru obviously, is actually believable. He earns their trust, and subsequently love, in a way that is endearing compared to other series. The characters are all pretty interesting, with my favorite being Yurie for not being an Tsundere character. Thank god, I’m so sick of Tsundere characters in these stories that I roll my eyes whenever they enter a scene now a days.

Artwork: The artwork for this series is pretty great, and since this will be getting an Anime adaptation (I think it airs in January 2015) I expect the quality to keep improving.

Overall: If you don’t mind all the females falling for the male lead you’ll probably love this series.

For those who like: “Magic School” series, Fantasy, Lots and lots of Action, Great artwork, Interesting characters.

Not for those who don’t like: Any of the above, or a harem series.