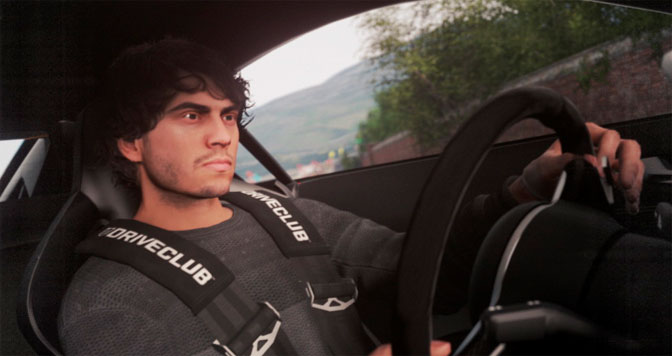 Look people. I really want to like the PlayStation 4. I really do. And no, I am not the so called “Xbot” or “M$ fanboy” you all think that I am. Even yesterday I purchased a PlayStation TV just to see how it worked out, and from what I’ve seen so far, I’m liking it. I love that I am able to get all the games I previously purchased on both my PSP and PS Vita and play them on a bigger screen with a PS3 controller. I have to admit some of my experiences with microconsoles were way below expectations (such was the case with the Ouya,) but so far I am quite impressed with what I’ve played so far.

Now Sony, if only you can make both Castlevania: Dracula X Chronicles and Gradius Collection playable on the PS TV and you’ll make me a happy camper.

But the truth is, in the day or so I spent playing with the PS TV, it is more time that I spent than I have with my PS4 lately. In fact the only reason I get on my PS4 is to see what new games come out, as well as downloading the free PlayStation Plus titles available, which I admit, also haven’t impressed me much.

But there is one title I was curious to try out, a game that was announced at Sony’s E3 press conference, one that would be available as a free to play for PS+ members at launch. That game is Driveclub.

You all know how much I enjoy racing games, and at the time being I am deep into playing Forza Horizon 2, which I as of now consider the most fun racing game I have played since Split/Second. But when that is done, I will have another three racing titles to play: The Crew, Project: Cars, and the previously mentioned Driveclub.

Driveclub was the game I was interested in most because it would finally be a game that I would be able to play just on my PS4, and as it would be offered as a free-to-play (FTP) title, it would give me a chance to play it before I make the final decision of whether to purchase it or not, like I did with Horizon 2.

But…we all know what happened. The full game was released both as physical disc and on PSN. In fact, there is a special offer for PS+ members where they can purchase the game for $10 off. That’s fine and all, and it does feel a little bit like what EA is doing with their Access program. But what about the FTP version?

Nowhere to be found. In fact, when I try to access it, PSN comes up with a strange cryptic message. “The following material cannot be downloaded for the following reason: * You already own PlayStation Plus.”

Ok Sony, what does that mean? I know I already own PlayStation Plus, but shouldn’t that mean I have rights to download the FTP version of the game? It would make sense wouldn’t it? But no, that’s not the case, and Sony has their excuse of why it was delayed: buggy server code.

I will admit, there are reports that the game’s online functionality has suffered greatly due to bugs in the game’s server code. But in games with fully functioning server code, there are still issues with server load. It happened with Forza Horizon 2 at launch and I wasn’t able to unlock the game at 12:01 that night. (Commentator’s note: the game was unlocked at 3am that morning.) But now, one week after the full Driveclub launched, the servers are still suffering thanks to the buggy code to the point that the developers at Evolution Studios are considering some form of compensation to early adopters, be it DLC or in game credit.

But what about those who have been waiting for the FTP version. Will they get compensation as well for waiting? For some reason I doubt it. In fact, you all might claim that I’m wearing a tinfoil hat right by saying this, but could it be possible that Sony held back the FTP version in an attempt to boost sales once the subpar reviews started to emerge?

Maybe that’s why the reviews were under embargo until launch, something that Forza Horizon 2 didn’t take part in.

But far-fetched as it might sound, this industry is still a business, and it is every company’s goal, be it Sony, Microsoft, Nintendo, Activision, EA, you name it, to make more money, and sometimes you have to do whatever it takes to make it. Maybe that’s what Sony decided when they delayed the FTP version of Driveclub, to get any attempt to boost physical or PSN sales of the full game. However, I won’t be taking part in it, and I will just wait for the FTP version to come out.

In the meantime, I’ll be testing out the PS TV some more…

Waiting For: Sunset Overdrive (Xbox One,) Halo: MCC (Xbox One)