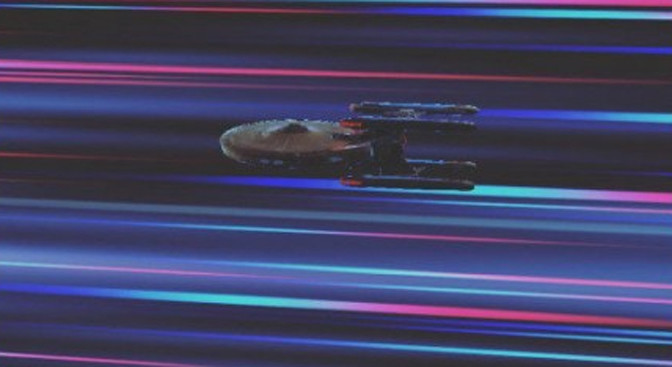 Star Trek: Timelines from Disruptor Beam is a mobile strategy game with fan fiction elements.  Since the overall game premise is a time paradox, all different characters from all different Trek series appear, and they’re almost all able to join your crew. I considered building an all-female crew, like I did in The Walking Dead: No Man’s Land and tried to do in AstroNest,  but I kept Riker and Data and Worf, and then I got a Shirtless Swordfighting Sulu variant, and anyway, it turned into all people I like in Star Trek on one crew. Annoying characters, like Seska, Dukat, and Seven of Nine can be dismissed from your crew. The time paradox conceit makes sense of all the random drops and multiple instances. You can send your B’elanna to fight evil B’elanna, because time anomaly!  You can have Dr Crusher and Commando Crusher on an away mission together, because time anomaly! You can merge two instances of the same character into a more powerful version, because time anomaly!

Then, you can send teams of crewmembers on assignments: space battles, away missions, and faction missions.  Space battles are a little bit underwhelming, since you’re mostly just looking at cool ships and pretty galaxy art and waiting for your crewmembers’ powers to recharge to tap and reactivate them.

In faction missions, your ship receives a distress call from a Trek universe faction, and a group of your crewmembers goes to help them. This is the time-delay part of the game, a mechanic that’s pretty much required in all freemium games now, since your crewmen can’t participate in away missions while on a faction mission, which take up to three hours. (They can still participate in ship-to-ship space battles, though. I guess Starfleet crew can colocate to the bridge while dealing with a faction dilemma, but leave on  not a second away mission.)

For away missions, players choose three crew members with the right skills, like command, diplomacy, or science, to succeed in the challenge. Crew members with special characters qualifiers like doctor, jury-rigger, or Klingon, can get extra bonuses as well. The away team must make their way through a network of challenges to gain items and XP, and advance the plot. The descriptions of what’s happened at each node are great, you’re basically writing Trek fanfiction episodes with each mission.

In between space battles and away missions, Star Trek characters will talk to you about the overall plot, and you’ll choose dialogue options that will help or harm relationships with various factions.

You can also turn on the sound if you want to hear Trek actors and show sound effects but I barely care about game sound even if it’s Star Trek. (Sorry, Nate! Don’t hate me!)

Characters stop earning XP every ten levels, and need four character items equipped to “advance” to the next ten levels.  The drop rate for these character items is either Entropia low or just bugged.  At first, I thought this was the IAP squeeze, that if a player didn’t want to battle this Maquis Raider twenty times in hopes that the desired item would drop, they’d be encouraged to just purchase the right type of phaser with real cash. But, even with dilithium crystals, there seems to be no way to purchase needed items, making grinding replaying of completed battles the only way to proceed. I’ve gotten a couple messages from Disruptor Beam in game, saying a new bug has been found and fixed, so I’m hoping this will be sorted out soon. Until then, there’s a lot of re-re-replaying those away missions, until all the fanfictiony fun is gone.

Star Trek: Timelines is freemium, with IAP of dilithium crystals to be turned into chronitons (these are the action points / energy that keep play sessions short), or on better random lots of characters, ship schematics, and gear, at the Time Portal. The “monthly pass” option offers a sign-in bonus of dilithium crystals every day for thirty days, which seems like a good model for other freemium games to try. I checked on the App Store, and this isn’t their most popular IAP, which surprised me. Extra premium currency every day for a month seems like the best bargain to me, and $3.99 is a pretty modest pricepoint. I’m surprised more freemium apps don’t offer this, it seems to capture the habit-forming value of a daily sign-in bonus and encourage small, repeated IAP.

Anyway, this is a super fun game, even if I feel a little bit like I’m cheating on Star Trek: Rivals when I play. I like it so much I actually turned on push notifications  to see when my crewmembers get back from their faction missions.