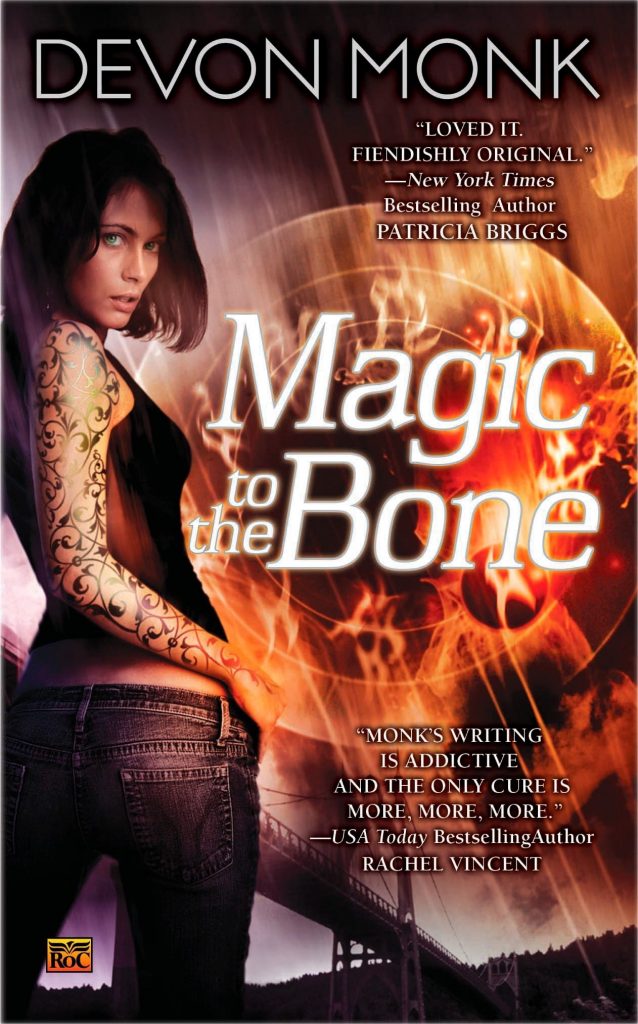 This week I’m back with the first book in an Urban Fantasy series that looking back on it wasn’t that great. It’s Magic to the Bone, Allie Beckstrom Book 01, by Devon Monk!

Plot: The story is much too slow and I want to say unconnected, but perhaps disjointed is a better word. It’s just a confusing mix of world building, drama and interpersonal relationships that really don’t mesh well together. I think the only reason I enjoyed this series was because it’s set in Portland, Oregon which is pretty much my hometown (I live in the suburbs so it’s not technically it, but it’s close enough). The urban fantasy plot feels somewhat generic as well, and the romance is mediocre.

Characters: Allie is our main character and she’s really not that compelling, she’s written to be a tough no nonsense character, but she takes crap from her love interest being cryptic instead of just demanding he answer her. Yes magic and oaths are involved, but if you are at all knowledgeable about the mythos behind magic oaths and what not, you know there is almost always a loophole that can be used to get stuff across without being cryptic or nonsensical. Zavyion is really bland as the love interest, and reminds me of early Buffy episodes where Angel just comes in to save the day than flits off to brood somewhere.

Overall: Not that great a book, but if you are desperate for something to read like I was when I read this you might get some enjoyment out of it.

For those who like: Urban Fantasy, The Pacific Northwest, Drama.