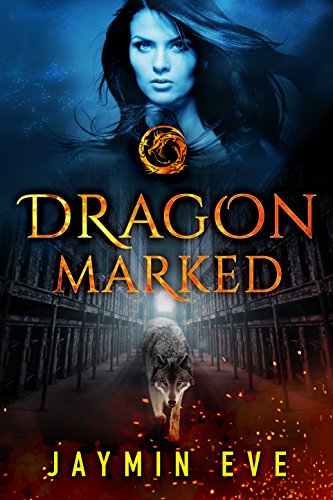 This week for Bookish Wednesday I’m covering the first in a series I stumbled across recently in my local library. It’s Dragon Marked, Book 01 of the Supernatural Prison series, by Jaymin Eve!

Plot Synopsis: There are supernatural prisons hidden across the globe. Contained within these fortresses are some of the deadliest criminals from the five supernatural races: vampire, shifter, fey, magic users and demi-fey. Jessa Lebron, twenty-two, has spent her entire life in Stratford, Connecticut, one of the gateway towns adjoining these prisons which protect the fortified borders. She’s a wolf shifter, and her father leads the town council. She learns that much of her life has been hidden from her, secrets which threaten to tear apart the very fabric of her world. Especially the biggest secret of them all.

Plot: The plot is fairly good, it’s nothing like Sanderson levels of amazing, but it’s hundreds of times better than something like Twilight. This all being said I had a fun time with this book and I’m looking forward to enjoying the rest of the series.

Characters: The cast of characters is pretty interesting, although my favorite is probably Jessa because of her take no bullshit attitude. That being said the Compass brothers are pretty awesome too. The rest of the cast is great, although there are some things that could probably be improved with some of the other side characters.

Overall: This was a fairly fun book, probably a great read for young adult readers. More mature readers may find it less appealing.