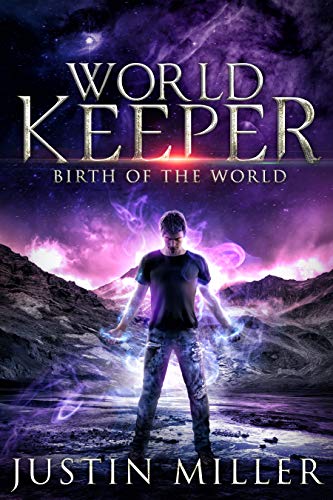 This week for Bookish Wednesday I’m back with another LitRPG series. It’s Birth of the World, World Keeper Book 01, by Justin Miller!

Plot: This is pretty much a novel about a guy who literally becomes god and gets to play the best God Simulator game out there. Yes that sounds more than a bit ridiculous, but that’s what the book comes down to in a single sentence. Of course it’s not that easy for Dale, our main character, he makes some epic mistakes along the way, but it’s a pretty fun ride. I enjoy this book much more than the author’s previous series, World Seed.

Characters: We get a pretty interesting cast of characters, the fact most of them are “Gods” is amusing, especially when they chew out Dale for making some hilarious mishaps. My favorite character is probably Irena, but that’s because she’s much more of a calm character than any of the others. Tryval is probably my least favorite of this book.

Overall: A fun read, any LitRPG fans will love this series most likely. Fair warning the plot is pretty slow paced.

For those who like: LitRPGs, Fantasy, Action, Adventure, Drama, Fun Plot, Great Cast of Characters.