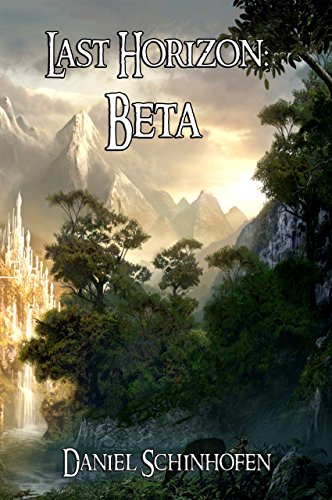 This week for Bookish Wednesday I’m back with another LitRPG. It’s Last Horizon: Beta by Daniel Schinhofen!

Plot Synopsis: Advances in technology have led to the creation of ever more realistic virtual reality games but now Full Immersion Virtual Reality is finally coming true.  David and his oldest friends sign up to beta test the first game of it’s kind, Last Horizon. Last Horizon will give these old gamers the chance to live out one last adventure together.

Plot: The plot is pretty interesting, especially considering that the main cast of characters are all old people. It’s a rather unusual take on the genre, where most of the cast is all young people for the most part.

Characters: The entire cast is great, but my favorite might just Thaylen. That being said David is very much the main character, although there are frequent Point of View changes.

Overall: An excellent LitRPG, and a must read for any fans of the genre.

For those who like: LitRPGs, Gaming, Great Plot, Fantastic Cast of Characters.