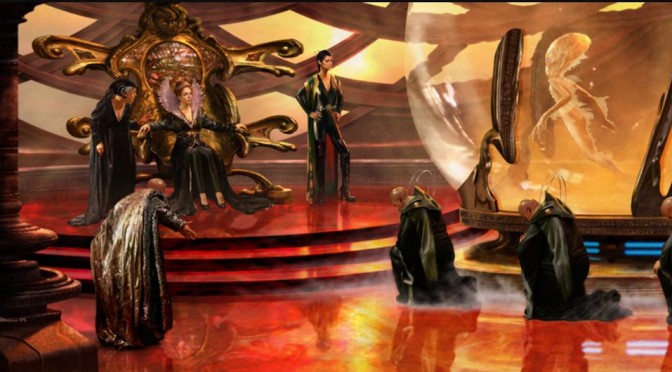 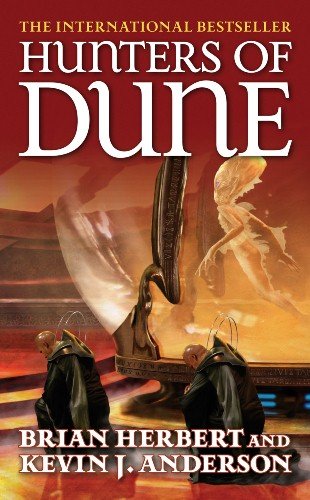 Plot Synopsis: For three years, the no-ship (named the Ithaca by its passengers) has been in an alternate universe, carrying the gholas of Duncan Idaho and the famous military commander Miles Teg as well as the Bene Gesserit Sheeana, who has the mysterious power to control sandworms. Other passengers include the last Bene Tleilax Master Scytale, some Bene Gesserits, a group of Jews saved from Honored Matre oppression on the planet Gammu, seven small sandworms that can produce spice, and four captive Futars, fierce half-man/half-cat creatures bred to hunt Honored Matres.

Plot: The plot in this isn’t amazing, firstly that’s because it’s based off the very sparse notes left by Frank Herbert before his death regarding the conclusion to the Dune epic. Lastly it’s also because they split the book into two parts, and this all feels like a build up to the ultimate finale of the series, which is sort of annyoing to have to slog through. Is it a Dune book? Sort of, it’s got the hints of the classic in it somewhere in the mess that comes after the death of an Author.

Characters: Thankfully Miles and Duncan make this book a hell of a lot more enjoyable, I’ve always liked them and this is their book more than any other character. The rest of the cast is nice, with some surprising faces showing up again, but I didn’t enjoy them as much as Miles or Duncan.

Overall: If it wasn’t absolutely setting the stage for the finale I’d say skip this book, but it’s got plenty of vital information that will come in handy for the last book. It’s a Dune book, barely.