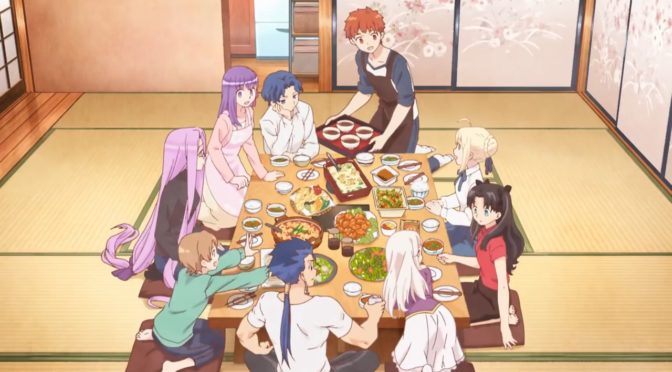 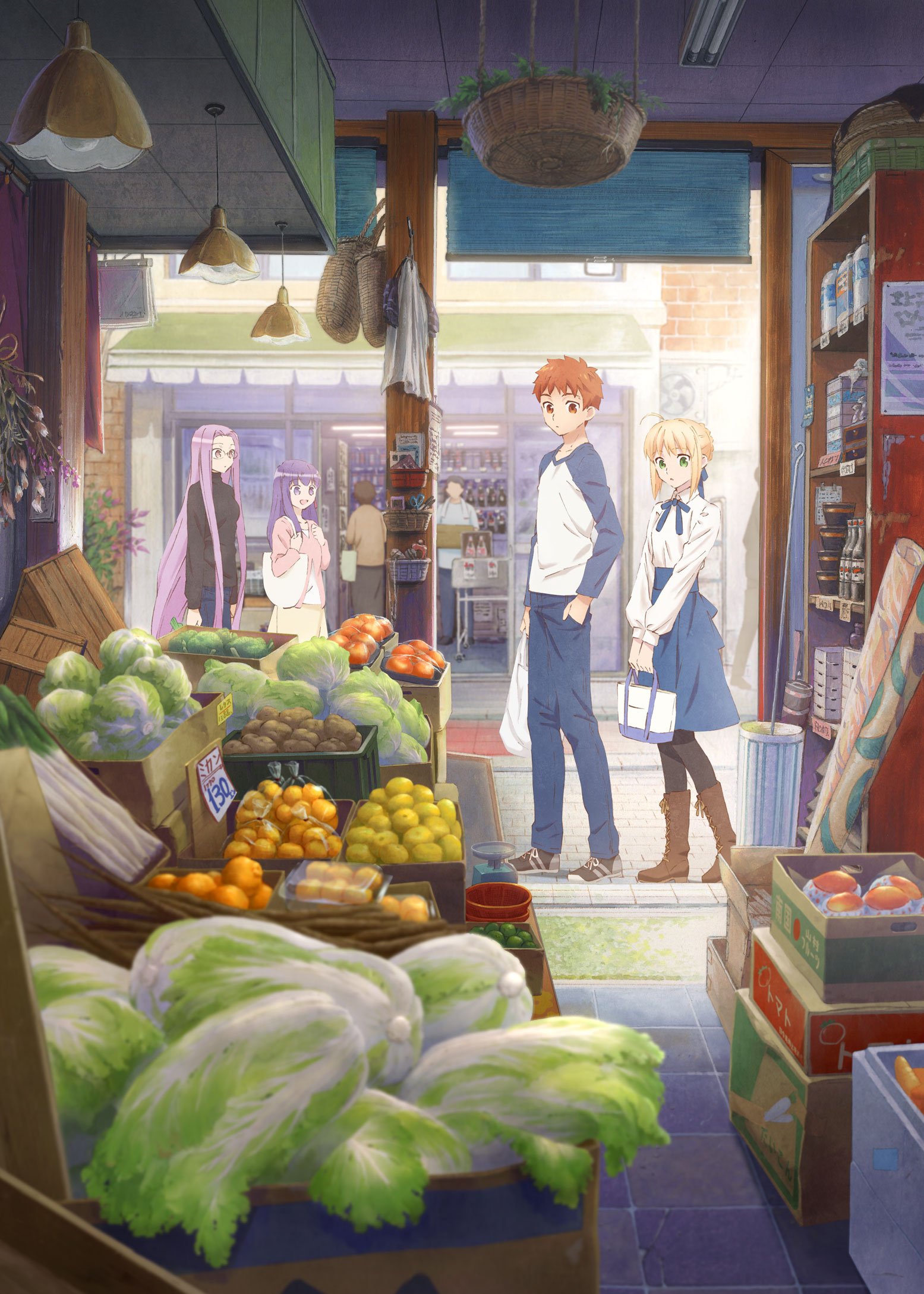 This week for Anime Sunday I’ve got another series from the latest season of Anime. It’s my Today’s Menu for Emiya Family Episode 01 Impressions!

Plot Synopsis: The story centers around Shirou Emiya cooking dishes for the other Fate/stay night characters.

Plot: The plot is thin, this doesn’t take place in a Fuyuki where a Holy Grail War is waging. Instead it’s a simple Slice of Life series that is quite a bit like Shokugeki no Soma, except without the fanservice.

Characters: This episode only features Artoria, Shirou, Illya, Sakura and Taiga, but I imagine later episodes will show other characters like Rin or Medusa.

Art: The animation is done by ufotable, although it definitely has a softer feel than most of their usual series. That being said it’s still got awesome animation, as I’ve come to expect from their studio.

Music: The music is pretty good, although given the short nature of the episodes it’s not really the focus of the series.

Overall: A fun watch, and for those culture junkies or foodies you’ll enjoy learning about various tidbits that are littered through out this episode.

For those who like: Cooking, Culture, Fate, Awesome Artwork.