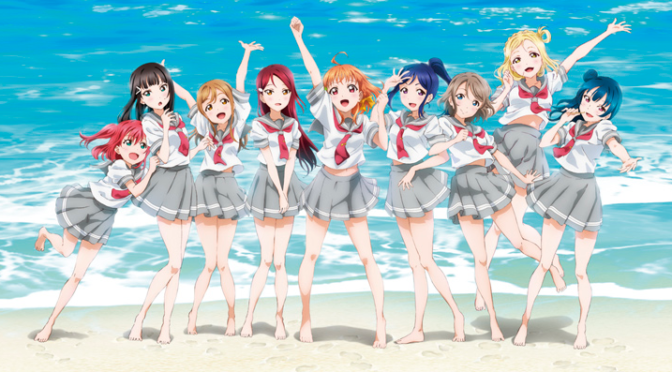 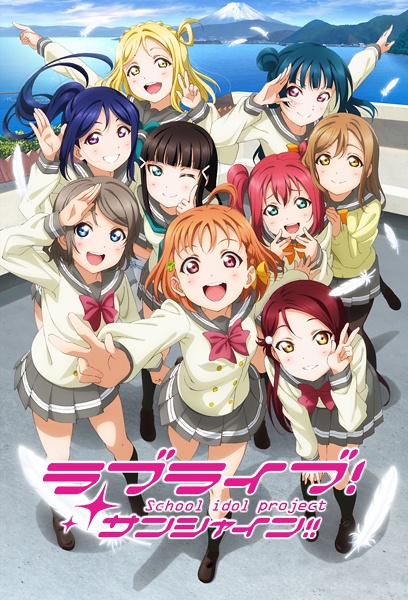 Plot: The plot is sort of cringe inducing, and I’m not even counting the fact this is pretty much a straight up repeat of the first episode of the μ’s era. Personally I can’t stand the Anime portions of the Love Live multimedia franchise, and Sunshine confirmed my opinion of that. That being said it will probably be a huge hit for more avid fans of the series, but I just enjoy the music.

Characters: Chika is a lot like Honoka from μ’s, although Honoka wanted to become an idol to save her school rather than just have fun and become more than just an ordinary schoolgirl like Chika. Personally I enjoy Riko as a character much more just from her actions in this first episode. You is an okay character, but like I said I enjoyed Roko the most and Chika was actually sort of annoying to me at times.

Art: The artwork is great, although the 3DCG usage in the song sequences was occasionally awkward I understand that it’s a lot easier on the animators to do it like that. Not to mention that when Aquors does a real live performance they’ll need to match the movements from the Anime.

Music: The real draw of the series to me, and probably most of the fans, is the music. Japanese voice actors (Seiyuu in Japanese) have so much more to do than their English counterparts and the Love Live projects are some of the best examples of the differences. The Seiyuu of the Love Live series actually perform real life concerts (which includes dancing and various other choreography) and they all do their own singing of the songs that are performed for the project, Pile the voice actor of Nishikino Maki from μ’s is a great example of a now professional singer who enjoys great success in her career due to the projects influence. So when I heard the first album of Aquors, Sunshine’s Idol Unit, way back in January of this year I was intrigued. I’ve always enjoyed harmonies that occur in music and the Love Live series often does some amazing musical work. Snow Halation from the μ’s era is probably my favorite, but Sunshine’s Kimeta yo Hand in Hand might just be a new favorite that can contend with it. I’ll be covering the idol subculture in a very near future Translation Necessary Thursday column for those interested in it.

Overall: If you’re a huge Love Live fan, you’ll probably enjoy the hell out of this series, but most fans can probably just enjoy the music itself rather than watching the Anime.

For those who like: Music, Love Live, Great Art, Amazing Voicework.