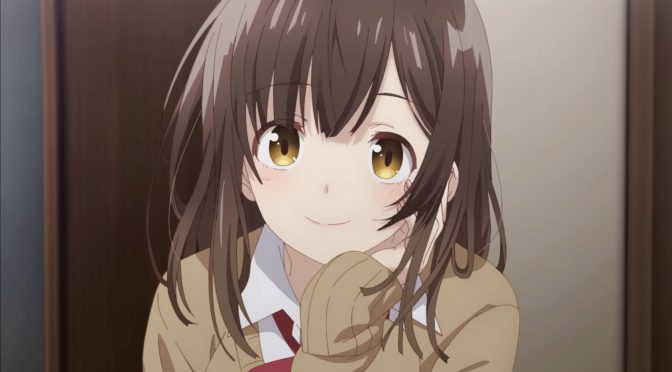 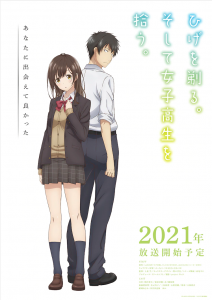 Hey all I’m back with another Spring 2021 series for this week’s Anime Sunday. It’s my Higehiro Episode 01 Impressions!

Plot: The plot of this first episode is kind of sketchy, at least at first it opens with a young guy getting rejected and then getting drunk out of his mind. On his way back to his home from the station he sees a young teenage girl sitting under a streetlight. He asks her what she is doing, she says she has no where to go and he ends up taking her back after giving her a place for the night. That sounds incredibly sketchy just writing about it, and I’d highly advise any young women to avoid doing anything this series portrays, most people are not nearly as nice as Yoshida, our male lead. Running away shouldn’t be your first option. Ask friends for help if needed. Honestly I felt really uncomfortable watching this entire episode, which I really should have expected going into it.

Characters: Yoshida is our male lead, and he’s a generally decent guy who doesn’t take advantage of Sayu, our female lead, a teenage girl who ran away from home in Hokkaido and is now in Tokyo after six months. Frankly I’m not going to really expound on them any further, as I said before it’s not at all something I felt comfortable watching afterwards.

Art: The art is pretty decent, and is animated by Project No. 9. Again this isn’t even close to my gold standard of ufotable, but it’s still better than my lowest standard of Studio Deen.

Music: The musical score fit the episode. Nothing really noteworthy or memorable.

Overall: An okay series, but the premise is incredibly sketchy and may make you uncomfortable. If you’re okay with an age-gap romance, than this might just be to your tastes.

For those who like: Romance, Drama, Slice of Life.