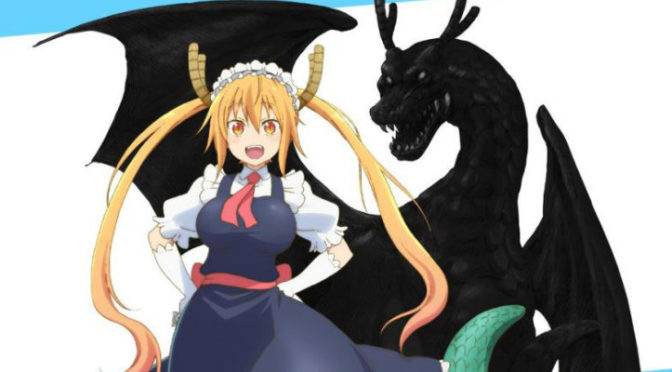 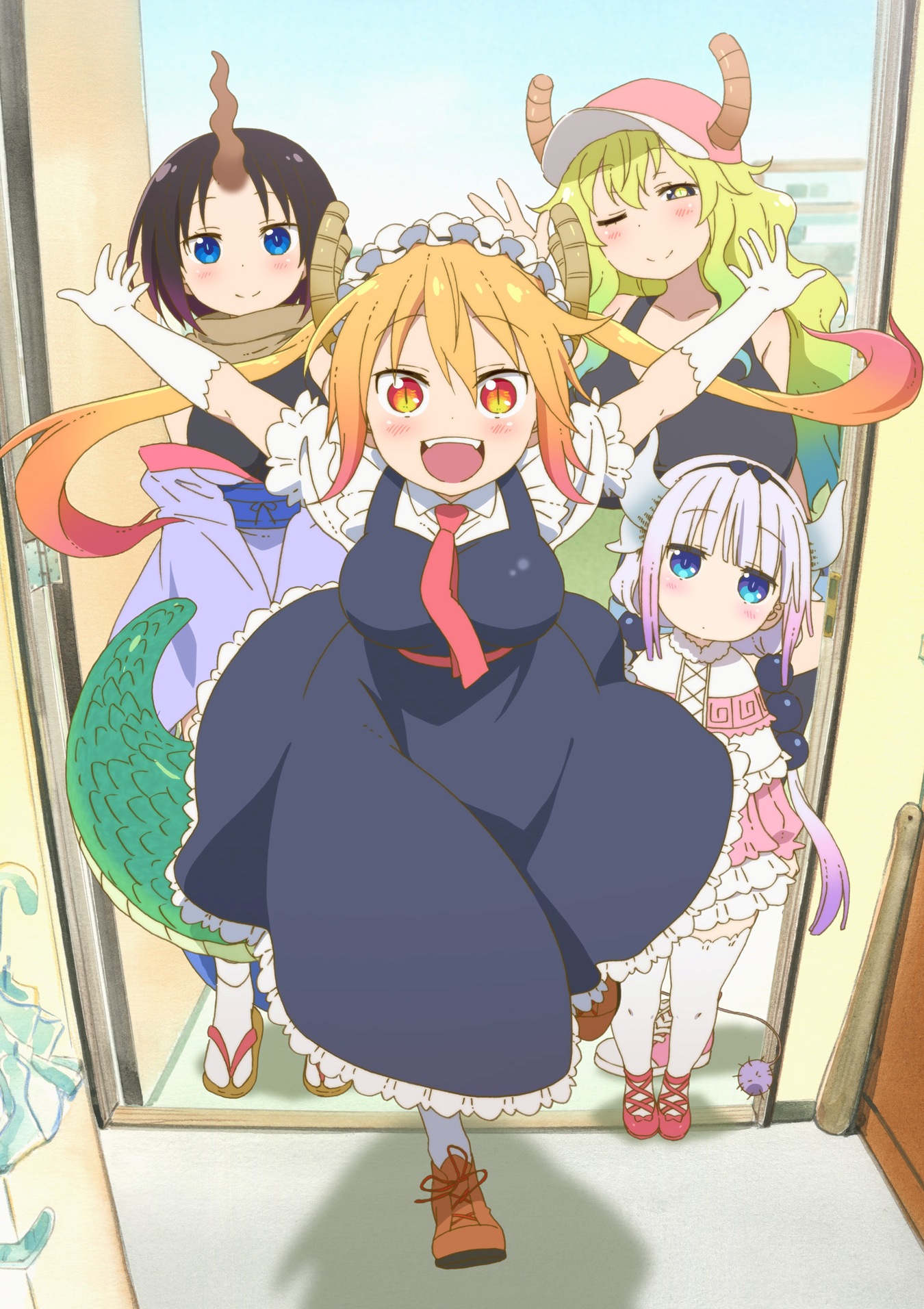 This week for Anime Sunday I’m back with another new series from the Winter 2016 Season. It’s my Dragon Maid Episode 01 Impressions!

Plot Synopsis: One night, an office worker named Kobayashi comes across an injured dragon named Tohru who had come from another world. Wanting to repay Kobayashi’s hospitality, Tohru starts living with her as a maid…

Plot: This is a comedy series, so get ready for some hilarity. Some of it it is a bit weird, like Tohru’s frequent desire to “clean” clothes by using her mouth as a washing machine. Mostly things are more amusing though. If you are expecting anything serious from this series you will be disappointed.

Characters: Kobayashi is pretty hilarious, especially when she’s drunk. Tohru on the other hand is a riot to watch. We don’t get to meet much of the rest of the cast, but I’m assuming we’ll get to meet them as the series goes on.

Art: It’s good, but not super detailed. That being said given the nature of the series it really doesn’t call for such detail.

For those who like: Comedy, Slice of Life, Great Cast of Characters, Good Artwork.