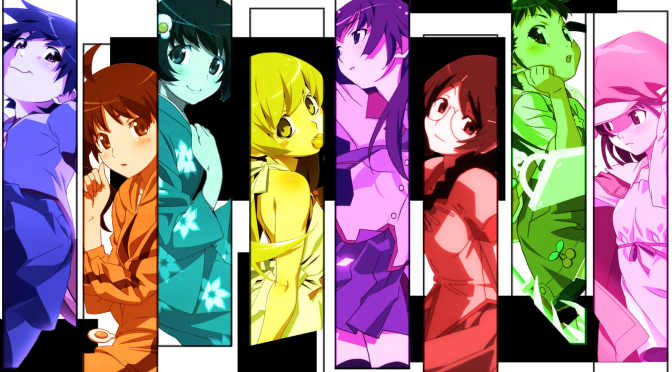 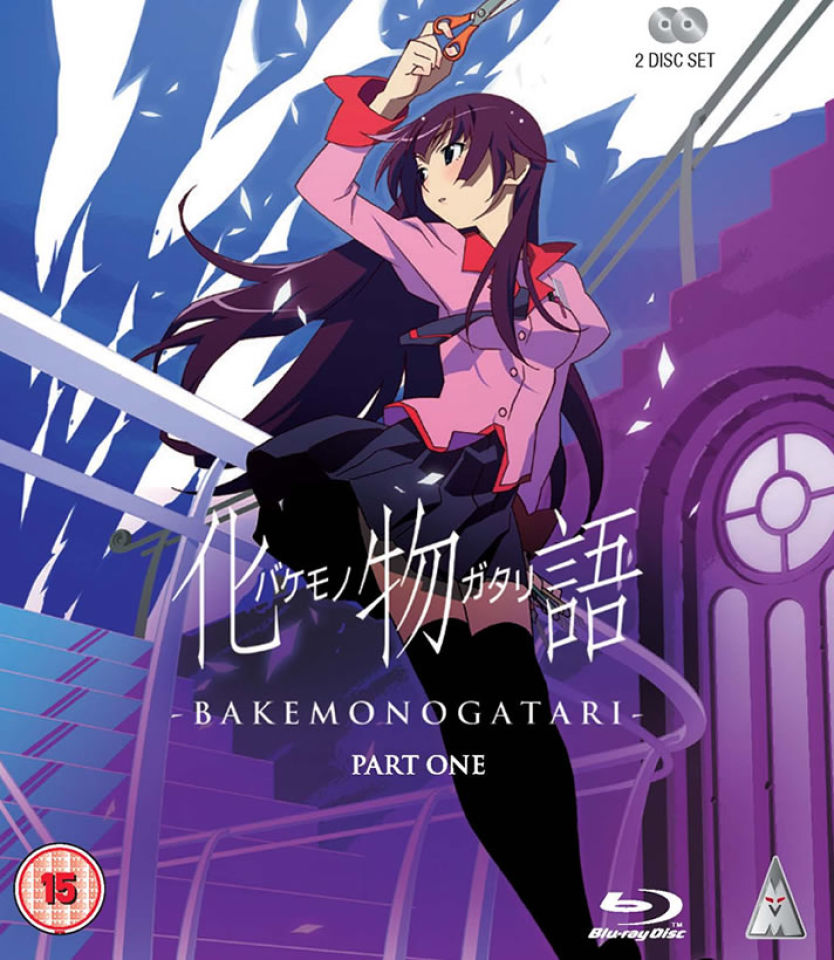 This week for Anime Sunday I’m covering a favorite series of mine, because it’s so darn confusing if you don’t keep up! It’s Bakemonogatari, the first anime season adaptation of Nisio Isin’s amazing Light Novel series.

Plot Synopsis: The Monogatari series revolves around Koyomi Araragi, a third-year high school student, who’s almost human again after briefly becoming a vampire. One day, a classmate of his, the reclusive Hitagi Senjōgahara, falls down the stairs into Koyomi’s arms. He discovers that Hitagi weighs nothing, in defiance of physics.

Plot: Each season of this series is divided into mini arcs each centering usually on one of the many girls that knows Araragi, the first season introduces us to the major characters. If you thought reading subtitles is hard, you haven’t ever watched this series. It sometimes goes too fast for me sometimes, and that is really saying something for me and my eyes.

Characters: Of all the characters I like Nadeko the most, maybe because she reminds me of one of my friends, but all of the characters are great and I really enjoy them all. That being said I do get scared by Senjōgahara’s antics occasionally (read: all the time).

Art: The artwork is handled by Shaft so expect to see that iconic head tilt of theirs. Like Mekaku City Actors lots of clearly outlined backgrounds for this series. Also the animation for each opening and ending is pretty great.

Music: Each of the mini arcs has the girl of that arc singing the theme song for those episodes, I liked Nadeko’s especially. The music in the episodes themselves is interesting, but it definitely serves as a backdrop to the plot and not to emphasize it all.

Overall: If you like Urban Fantasy, Ghost Stories, or Shaft Anime you need to check out this series.