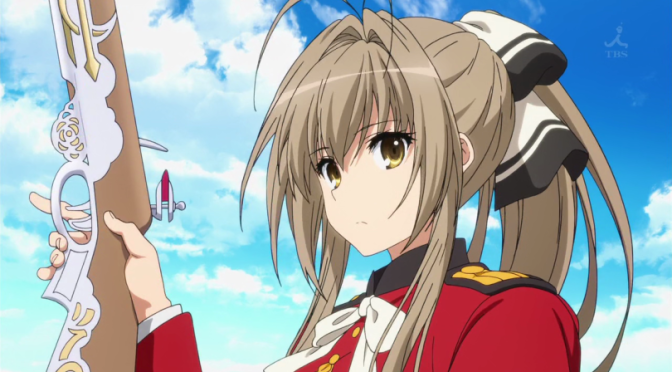 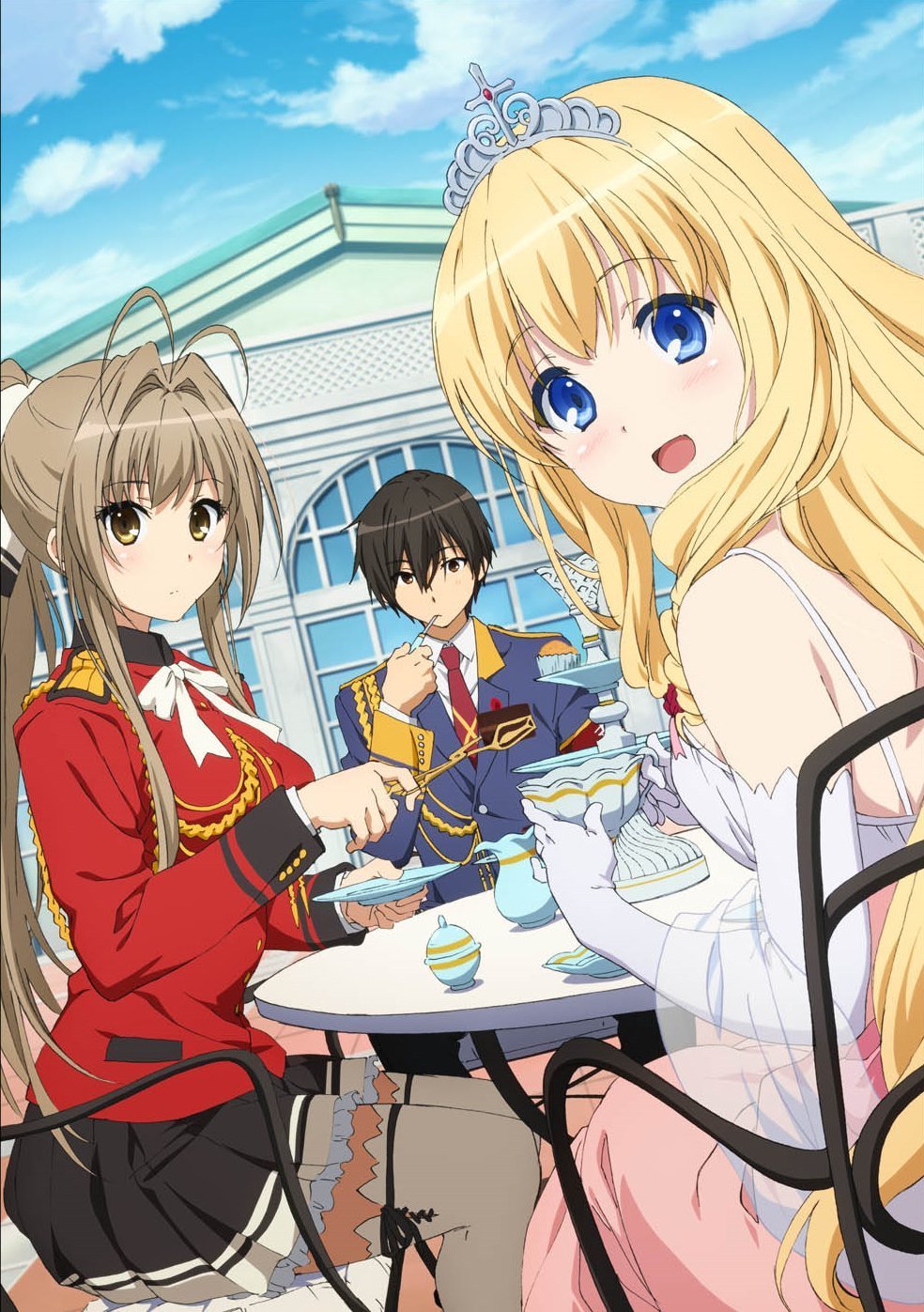 This week I’m covering a favorite series of mine from 2014. It’s Amagi Brilliant Park!

Plot Synopsis: Seiya Kanie is a good looking, perfectionist boy who is forced by the mysterious Isuzu Sento to visit an amusement park named Amagi Brilliant Park, which is in serious financial trouble and about to be closed forever. The park is actually staffed by refugees from a magical realm called Maple Land, and the park is a facility for harvesting magical energy from visitors while they’re having fun. As such, the park is the only way the refugees can maintain their existence in the human realm.

Plot: The plot isn’t all that serious, which is good because the comedy wouldn’t work nearly as well as it does. I really did enjoy the plot for this series, but the comedy is what kept me coming back each week.

Characterts: Kanie is an egotistical jerk with a heart of gold, and the rest of the cast is similarly flawed. My favorites are Isuzu, because she’s cute and kicks lots of ass, and the idiot fairy trio of Moffle, Macaron and Tirami whose antics make the comedy all the more hilarious. The rest of the cast is great as well, although it can feel awkward whenever Latifah shows up on screen.

Artwork: The artwork is amazing, which isn’t surprising considering the show is animated by Kyoto Animation a studio that is known for it’s quality works.

Music: The music is great, particularly the opening and ending themes (and the opening is named Extra Magic Hour, not Extra Magical). I enjoyed the soundtrack quite a bit as well.

Overall: If you haven’t watched the series yet, you really need to.

For those who like: Comedy, Fantasy, A bit of Magic, A Cast full of Amazingly Well Done Characters, Great Plot, Good Romance Sub-Plot.