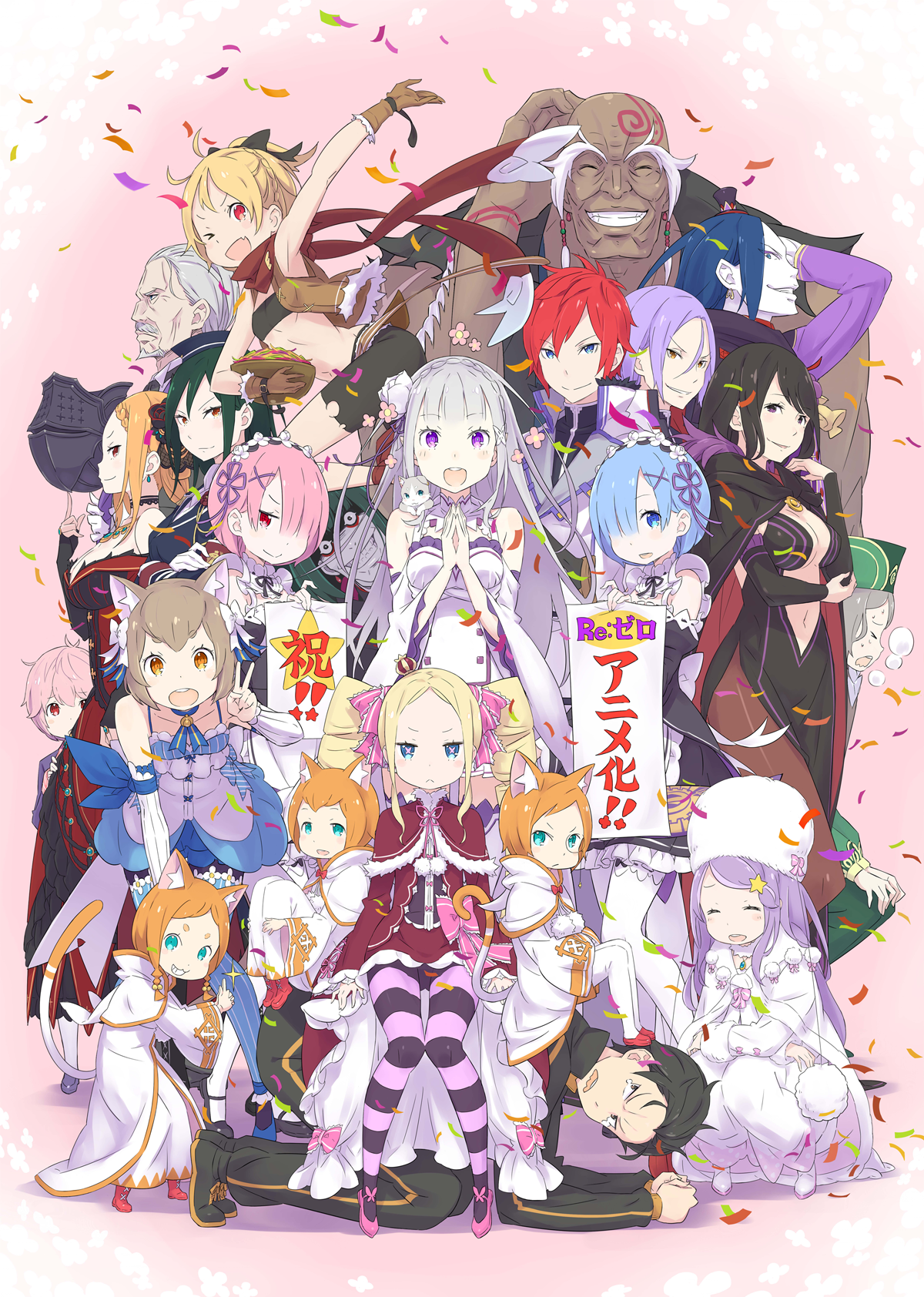 This week I’m back with the second half of the first episode in my most anticipated Anime of the season for Anime Sunday! It’s my ReZero Episode 01 Second Half Impressions!

Plot: So first off I should mention that I waited until after writing last week’s Anime Sunday to watch the second half. So I wasn’t just being cryptic or screwing around with you when I wrote it. Sure I may have done that a time or two before, but I honestly wanted to see if I’d be completely wrong in my impressions after watching the second half.

My Verdict on that Hypothesis?: Yes and no, Overall I was correct for that first half, but boy does the second half turn everything on it’s head. I won’t spoil why, you should know me better than that by now faithful readers, but I was happy to be surprised.

Characters: We get introduced to a couple more characters this time around, in particular the Old Man and Felt, and they’re quite a pair. I actually enjoy them quite a bit, Felt is fun, and we got more insight into this world, maybe other people from our world have come to this place? As this is just the first episode, and really just the second half I watched this past week, I’m super excited for the rest of the series.

Art: Still as beautiful as the first half, with noticeably less CG usage for random passersby, granted that there were almost none in this episode really. Hopefully they’ll steer clear of that, as it’s a distraction from the beautiful world we get to see animated.

Music: Same as above, minus the CG complaints, I think we got to hear a bit of one of the themes at the end, wether it’s the opening or ending remains to be seen, but either way I was really happy with the musical score.

Overall: Even though this second half has a markedly different tone than the first half, I’m still excited to watch this series. I’m curious as to what’s going on and why.