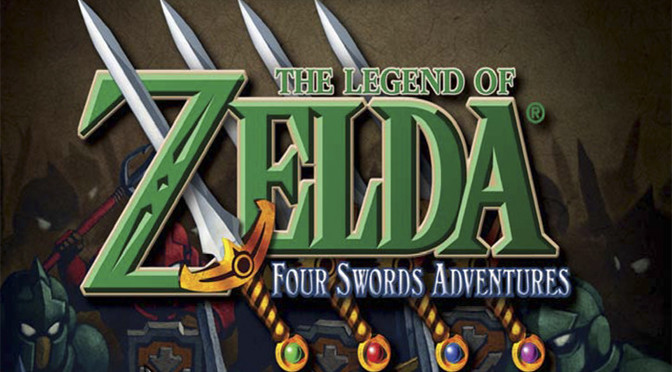 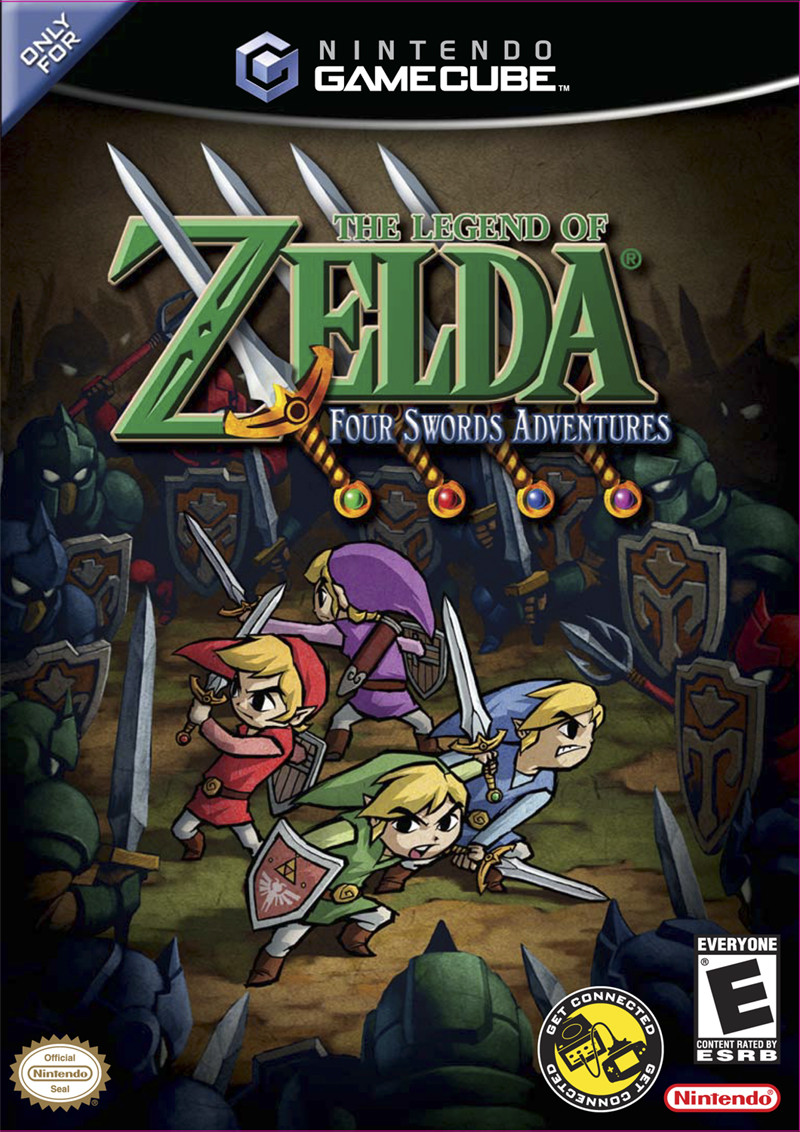 This week for Retro Game Friday I’m covering a favorite game of mine. It’s The Legend of Zelda: Four Swords Adventures!

Plot Synopsis: The game begins with the land of Hyrule in a state of fear because of strange happenings that have occurred recently. On a stormy night, Princess Zelda and the shrine maidens fear that the reason for these events is that Vaati’s seal is weakening. She summons Link and brings him to the castle so he can protect her and the other maidens while they open the portal to the Four Sword Sanctuary. When they do, however, a shadowy figure appears from the portal. This figure was Shadow Link, who then kidnapped the shrine maidens and sealed them in crystals. Link follows him to the sanctuary where he retrieves the Four Sword to destroy this doppelganger. The Four Sword is a magical sword that splits the wielder into three clones of himself.

Plot: So as this is a Zelda game, the plot isn’t super spectacular, but that’s never been the draw of the games really. It’s the gameplay.

Gameplay: This game was made for multiplayer in mind, with each player required to use a GameBoy Advance in order to play which looking back on is ridiculously expensive. However it’s quite a bit of fun with four players, especially when you’re all mischief makers and love to pull tricks on one another. This includes pushing one player off a ladder into a pit requiring them to climb out again, or striking them with a boomerang into an enemy. However if you get the chance to play the game you should totally try to get a few other friends to do so, as it’s quite a riot to play with four players.

Art: The art is actually pretty decent even today, although it has aged somewhat poorly.

Music: Classic Zelda, with music rearranged from A Link to the Past.

Overall: An excellent game that should definitely be played with a few friends in order to enjoy fully.

For those who like: Mayhem, Pranks, Excellent Games for Parties, Zelda Games, Multiplayer.

Not for those who don’t like: Any of the above, but how can you hate all of that put together?