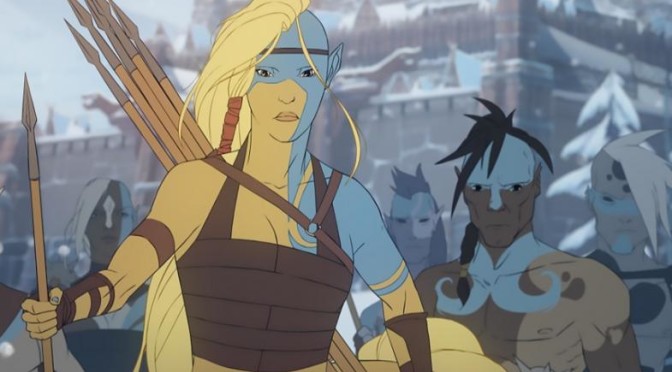 With less than two weeks to go, the Banner Saga 2 launch trailer is here, ahead of its release on 19 April.

The anticipated sequel to Stoic’s Norse survival RPG, Banner Saga 2 carries on from the end of the first game. Your choices carry over, so expect more heartbreak as you lead the caravan of survivors across the most beautiful wasteland you’ll ever see.

The trailer shows some of the new races, including the Horseborn (centaurs) and a variety of foes in battles. According to Stoic the sequel brings new factors into the combat, with wind direction and and the fighting style of your enemy all bringing variety to battles. The repetitive nature of the strategy sequences was one of the main criticisms of Banner Saga, so this is welcome news for fans.

Apart from that expect more of the  gorgeous art, atmospheric score and deep storyline.

Until then, check out the trailer

Banner Saga launches on PC on 19 April with an expected console release date still to be announced.