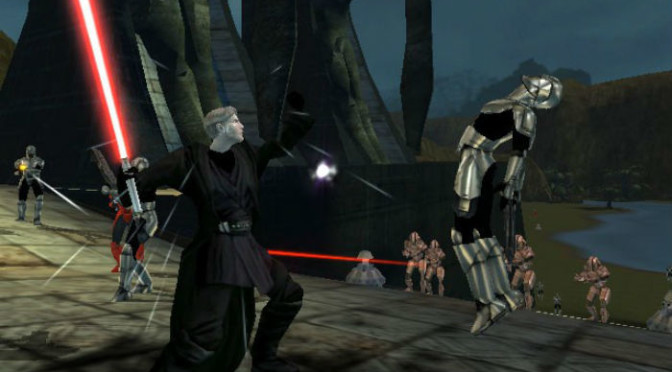 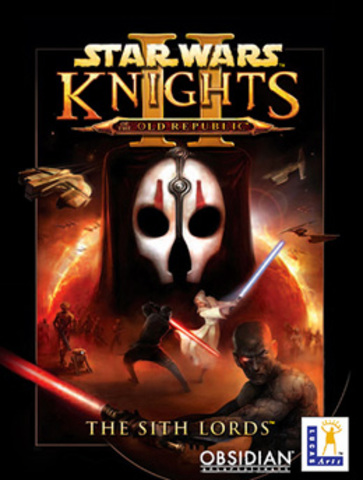 This week for Retro Game Friday I’m covering the sequel to KOTOR! It’s Star Wars KOTOR 2, or Knights of the Old Republic II: The Sith Lords.

Plot Synopsis: The game takes place five years after the events of Knights of the Old Republic and 4,000 years before Episode I: The Phantom Menace, in a time when the Jedi have been nearly exterminated by the Sith. The player’s character, a former Jedi Knight exiled from the Jedi Order, is referred to as “The Exile” or “Jedi Exile”.

Plot: The plot isn’t quite as good as the first game, it also was unfinished. With some parts being very odd, or rushed. That being said it’s still pretty damn good. If you get the chance to play this on the PC do download the unofficial patch with the updates that re-adds cut content.

Gameplay: Nearly identical to the first game. Nothing really changed except for the upgraded Jedi classes, which were interesting, the stealth oriented ones were actually incredibly game-breaking if played properly.

Characters: We had plenty of new characters, most of whom were quite interesting, more so than the first games cast, which makes the rushed state of the game even more disappointing. But HK-47 returns and that’s really all that matters, meatbag.

Art: Like the first game it’s dated, which is a pity, but the PC version has unofficial mods to bring it closer to todays standards.

Overall: An excellent sequel, but rushed which makes it less of a masterpiece than the first game.