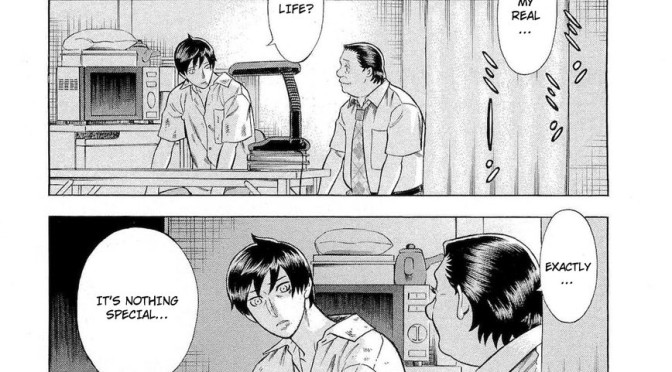 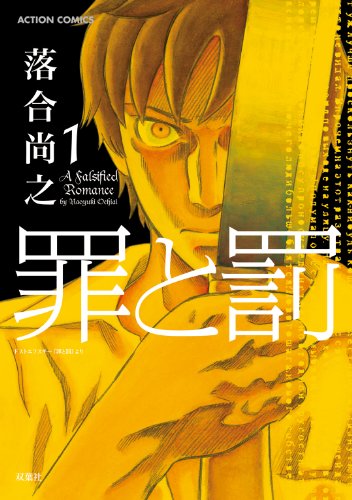 This week for Manga Monday I’ve got another Quick Review with a series that may end up just being even more serious than last week’s Quick Review! It’s Tsumi to Batsu: A Falsified Romance, or Crime and Punishment in English, by Ochiai Naoyuki!

Plot Synopsis: Miroku Tachi was a promising student until he dropped out of college. Now, after months spent as a NEET, he has hatched a plan to help his sister, himself, and the whole world.

Plot: The plot looks to be super dark, and while I’ve been told that this series is based off the classic novel Crime and Punishment, I’ve never read that particular classic before. So i know nothing about the plot, but it looks pretty freaking dark and super serious.

Characters: Miroku is a pretty standard college drop out with no hope of getting a job, and is pretty unlikeable, although his sister seems to be a nice enough girl although it sounds like she’s marrying an asshole to keep her family with enough money to live. We haven’t met said asshole yet, but I have a feeling I will as read the rest of this series.

Art: The art is wonderful, but if it turns out like any other Seinen series I’ve read that had the Tragedy sub-genre I’ll need to read it during the summer to avoid getting too depressed.

Overall: This looks like an interesting read and I will certainly get to reading it, in a few months so I can avoid getting overly depressed by the plot. I have a feeling it will be depressing.

That’s it for this week’s Manga Monday!