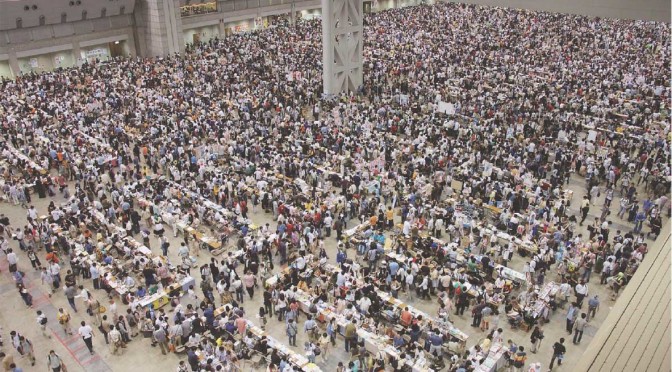 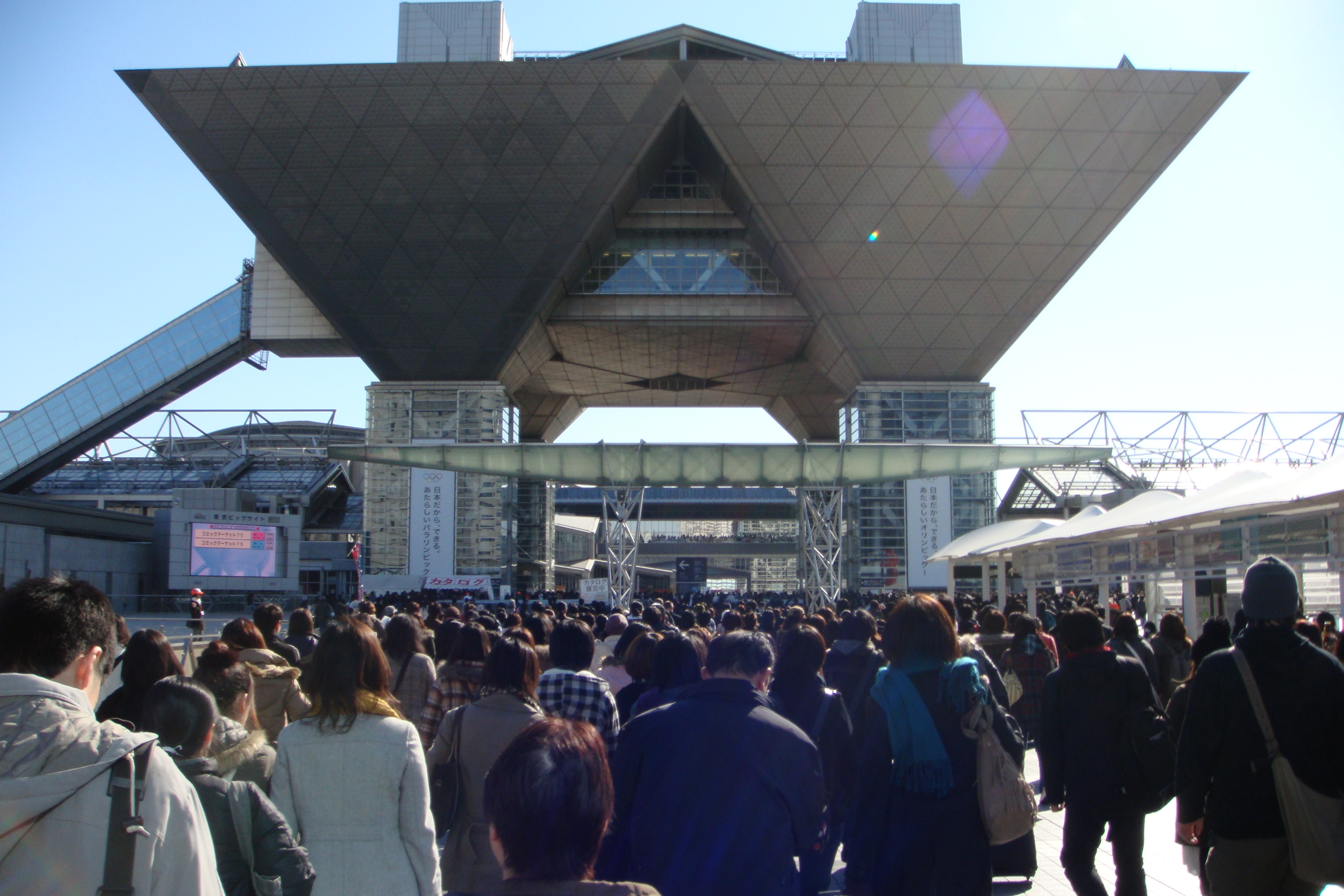 Hey all I’m going to cover a pretty special event that happens twice a year in Japan for this week’s Manga Monday, and I promise it’s at least semi-relevant! It’s all about Comiket, short for Comic Market!

What is Comiket about?: It’s essentially a huge freaking convention that’s held twice a year and is a huge garage sale for those aspiring independent artists of all sorts. It originally started with just Manga, but has since expanded to include animated and audio work! Some of the most famous creative groups in Japan started out as Doujin Artists, the Japanese term for Indies. I’ve mentioned this before in previous articles, but CLAMP is probably the best known here in the west.

How big is it?: I’ll just quote Wikipedia on this one, as it’s a rather impressive figure. “The first Comiket was held on December 21, 1975, with only about 32 participating circles and an estimated 600 attendees. Attendance has since swelled to over a half million people.” A later figure is also pretty impressive just regarding finding things you might find interesting. “The Comiket Catalog contains information about the buyers and sellers at Comiket, and other general event information. It is available in print and DVD-ROM format, and as of Comiket 83 is available freely online. The print version is roughly the size of an average phone book. It contains lists of all the participating circles, maps of the convention layout, maps and directions to get to and from the convention, rules for the convention, results from surveys held among Comiket participants, articles about topics relevant for dōjinshi creators, and one to two pictures (“circle cuts”) for every participating circle.”

Holy crap right? All of this is for those independent artists who work on their own original works or already pre-established works. This is a grey area in the law currently, but as no self respecting Mangaka would be mad at someone going through the trouble of making their work more popular they don’t ever press charges.

This is a huge “free” (as in free trade) market and is why I think the TPP is just a bunch of bullshit that greedy copyright trolls and ISPs want to pass to further their own interests. It would outright destroy this event and destroy so many possible artists futures that I find it unforgivable. So like I’ve been preaching for the last few weeks get on your governmental representatives cases on this and tell them to stop supporting greedy bastards who already take too much money from the small folks.

That’s it for this week’s Manga Monday, see you next week!