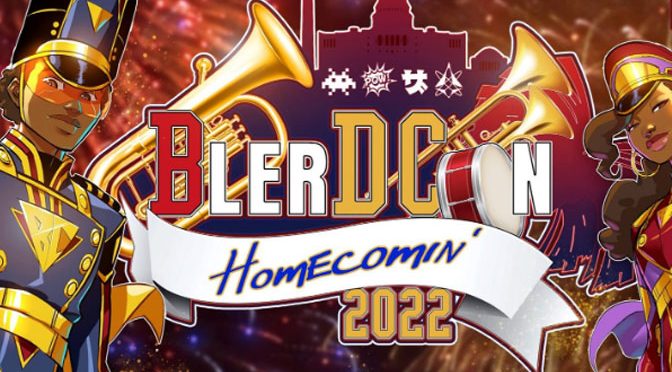 I am a big fan of the horror genre, so I was excited to attend the panel discussion Black Authors and Filmmakers in Speculative fiction at BLERDCON 2022. A good portion of the discussion focused on this genre.

Audiences worldwide enjoy iconic characters like Freddy Krueger, Michael Myers, Jason Voorhees, Leatherface and Chucky. The subgenres range from slashers and zombies to vampires and the supernatural. Such characters also enjoy a franchise run, stemming from the eighties through today.

However, for many like me, Blacula, Candyman and Blade should not be the rare African American horror figures. Despite Blade receiving critical acclaim, a couple of sequels and a short run television show, none have achieved franchise success.

With the phenomenal success of filmmaker Jordan Peele with Get Out (winning numerous awards including 2018 Academy Award for Original Screenplay and the 2017 Ray Bradbury Award), Us and Candyman (of which he produced), there appears to be a new wave of horror noire. The Emmy award winning Lovecraft Country seemed to be poised to enjoy a long series run until HBO cancelled it much to the shock and dismay of its fans.

“Is it a permanent movement? Yes, I sure do [think so],” said author, screenwriter and educator L. Marie Wood. “Things that have happened in the world in the last few years while we were starting to blow up and show ourselves as creators and people who should be paid attention to.”

Speaking of horror noire, there are two films bearing that name. Horror Noire: A History of Black Horror (2021) delves into the historical narrative of African Americans’ contribution to the genre. Horror Noire (also 2021) is a full-length film of six short stories featuring predominantly black casts.

There has been criticism that films like Candyman are too message laden, and features less blood and gore for mainstream horror fans. The panel pushed back on this.

“It’s all political. Whether you are addressing it specifically or avoiding it,” said writer/editor John Edward Lawson. “I don’t think there is any way to do it other than doing what feels right to you.”

“This is not the first time that people have put messages in work. Why is there an issue when we are doing it?” said Wood.

Wood told the young aspiring creators in the audience that their generation will produce more work and demonstrate more representation. This livens the prospect of more filmmakers on the level of Peele. Still, their success in the business depends on their adherence to the fundamentals.

“Make your work quality,” said speculative fiction author K. Ceres Wright. “Hone your craft because once you put it out there people are going to look at you. [Your work] is going to be a reflection of you. You want your reputation to be quality.”