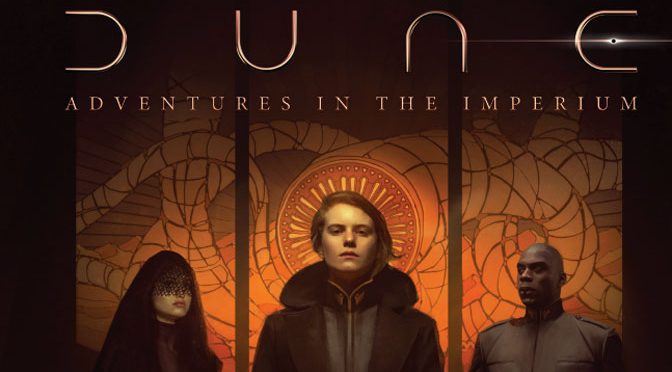 We at Game Industry News are looking at a novel way to review a table-top Role-Playing Game on Roll20, the Modiphius Entertainment product, Dune: Adventures in the Imperium. We have opened a game on Roll20 and are asking you, the readers, to join us in game as we explore the system and the setting.

Dune is of course the 1965 novel by Frank Herbert which was first published serially in Analog Magazine and then as a full novel by the Canadian auto repair manual publisher Chilton. It grew in popularity and gave birth to many increasingly surreal sequels, an over-the-top 1984 David Lynch movie and a very faithful mini-series adaptation by the Sci-Fi Channel. By this writing the latest film adaptation by director Denis Villeneuve crossed the $100 million Domestic Box Office while simultaneously streaming for a limited time on HBO. It is now scheduled for follow-up movie. 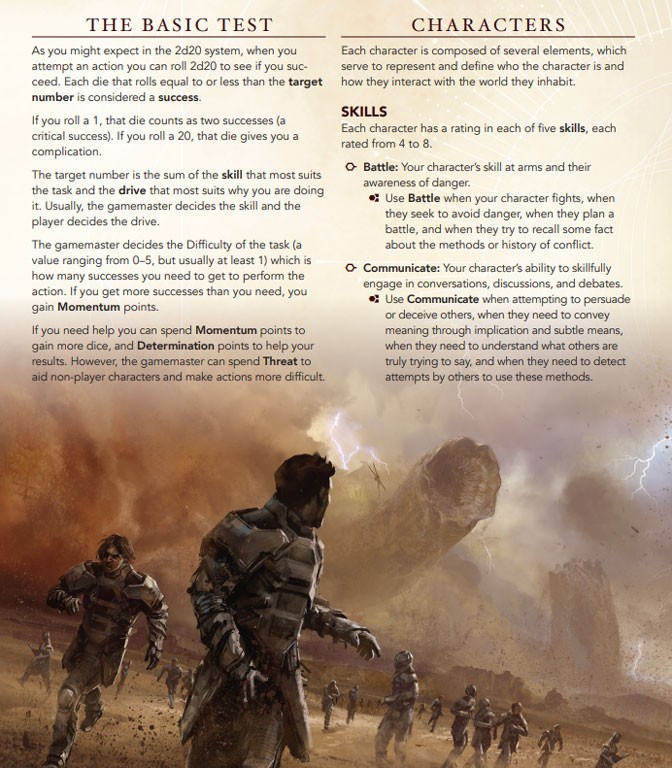 At first glance, the art and layout of the character sheets on Roll20 are promising and follow both the movie and the books faithfully. The rule and setting handouts are well written. I found it both inspiring and freeing. It gave me a literal “sandbox” to play in with enough “shovels”, “pails” and tools to make something I would enjoy.

In this game you can not only create a character but also your own Noble House! A House is a feudal organization in Herbert’s Dune Universe that is the basis for the Galactic government. Just as in the books each House is known for certain qualities and specializations which the game then makes into a mechanic. You get to determine what this House specializes in under what are called Domains. 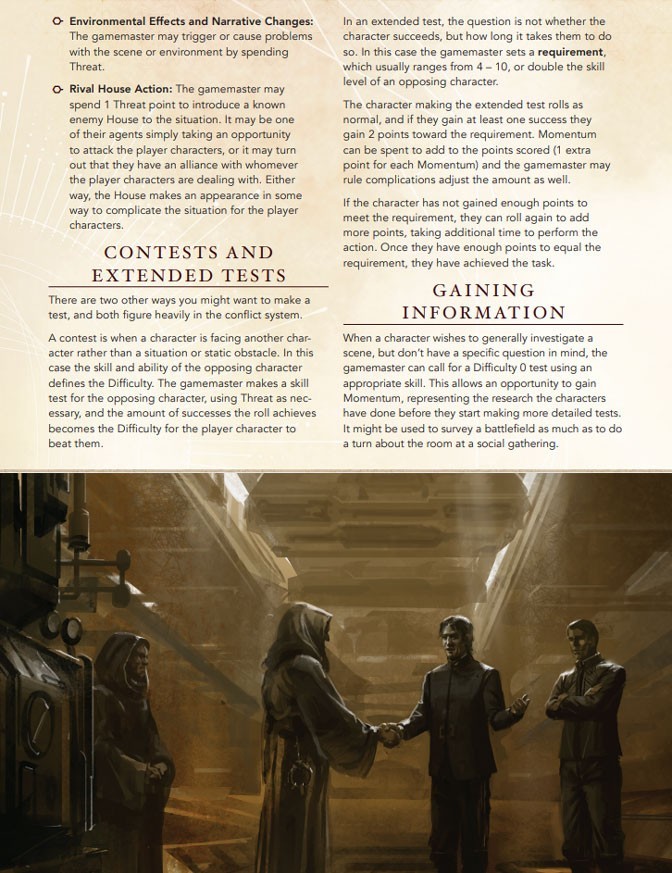 These Domains are many so I’ll list just a few: Artistic, Espionage, Farming, Kanly (Assassination), Military, etc. It gives the player control over the setting in a way unusual to most TTRPGs. The character level of the game uses the 2d20 System.

Jay Little created the 2d20 System for Modiphius and their Mutant Chronicles game. It has since become their in-house table-top system and is used in their Star Trek, Conan and Achtung! Cthulhu games. Geek and Sundry did a great Star Trek actual play that utilized this system called Shield of Tomorrow. 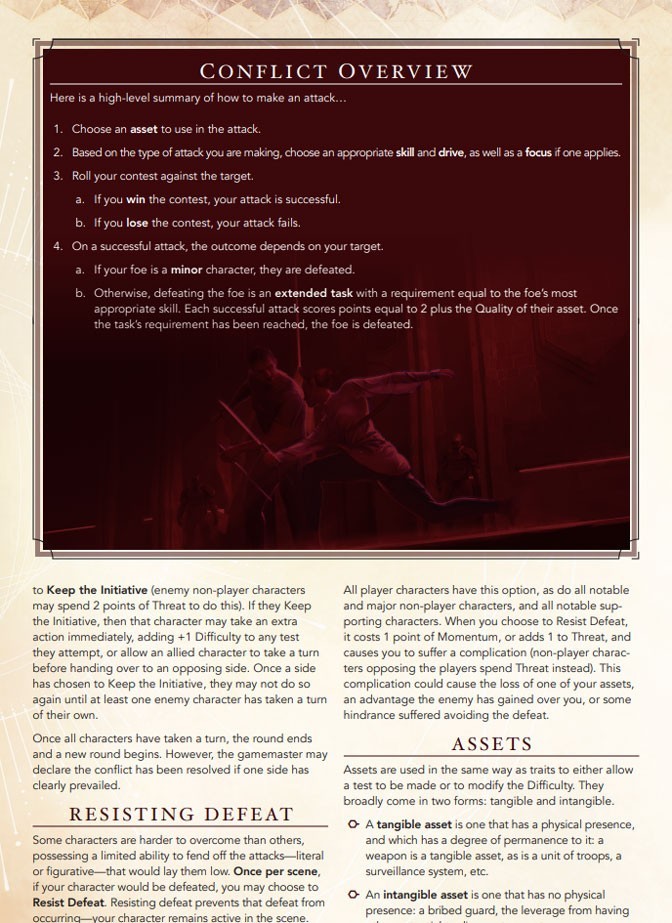 The 2d20 system goes for a cinematic style of play with the goal being to roll below a combination number of Attribute plus Skill. The outcome determines Successes, Momentum or with bad results Doom. We will explore this in the game and give you the reader our impressions.

For the purpose of our interactive review, we have posted the game under the title “Build your House.” This link is your official invitation, which will get you into the game. And here is the introduction to it:

Before HOUSE HARKONNEN ruled Arrakis it was a protectorate of many minor houses. The Emperor did not want any one house to have too much power and the Spacing Guild thought it would be good to have competing interests harvesting spice so as to assure the price was competitive and not a monopoly. Make your own House, join others in their House or be a Free Agent as we play the game.