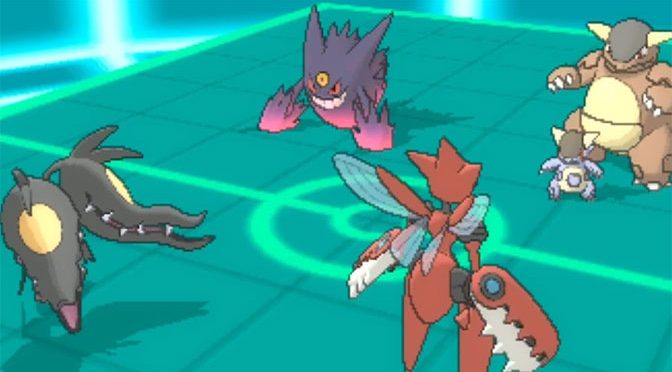 We’re roughly a week out from the release of the 8th generation of Pokémon games, Sword and Shield. The Pokémon series as a whole is roughly 23 years old now, spanning across 31 main entries before the 8th generation titles come out for Nintendo Switch. So before the new blood of Pokémon arrives with a bevy of new monsters to catch, train, and exploit for personal profit, we at Game Industry News think it would be a great time to celebrate the history of this series with the first fully 3D main series Pokémon games, X and Y.

Pokémon X and Y was quite the huge deal when it released in 2013- it was the first Pokémon game to be fully 3D. Finally, after years of not having a Pokémon Stadium-style game to see our monsters battle in 3D, we could now see Pokémon fully realized in 3D all the time. It was an incredible feeling to see all of these Pokémon in their three-dimensional glory, and to have in a portable that fit in the player’s hands made these games feel relatively fresh in comparison to previous entries. So, were Pokémon X and Y the advancements that everyone was looking for? Kind of.

In X and Y, players take control of yet another up-and-coming trainer in the beginning of their Pokémon journey through Kalos region. This time you have a bunch of friends following along with you, only one of them being your friendly rival while the others don’t do anything remotely memorable. Along the way through beating eight gym leaders and the Elite Four, you’ll across come across the fashionable Team Flare who wants to create a beautiful world by wiping out most of the people in it. The story is pretty basic, somewhat taking a step back from the generation 5’s Team Plasma, and to add on top of it, X and Y are quite easy, to boot, as players obtain the EXP Share item early that gives 100% experience earned among all Pokémon in the party, but opposing Pokémon levels seemingly weren’t scaled up to compensate for its use. 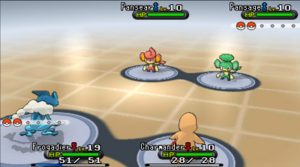 Online play was ridiculously streamlined with the Player Search System, and was quite possibly the greatest addition to network play on a Nintendo console, so far. Clicking a button on the touchscreen would allow you to see other players online, friends you’ve registered, etc., and you could invite them to trade or battle directly through the menu from any location in the game. You could also use this menu to reach the Global Trade System as well as Pokémon Amie, a mode where you could interact with your Pokémon and feed them berries to boost affection; a cute little distraction after battles.

New moves and abilities were added, much like any other generation, but lots of balance changes were made to try and change things up from generation 5’s meta game. Playing Pokémon online during the fifth generation was very much the time of, “Weather wars” and, “Drop a Draco on ’em.” The over-centralization in regards to weather effects and Dragon types apparently didn’t go unnoticed by GameFreak as changes were made to counteract their prevalence. Weather effects were nerfed to only last for five turns, and the introduction of the Fairy type to provide more counter play to Dragons (previously, only Steel types resisted Dragon type moves).

New types weren’t the only large shake-ups to the 6th generation Pokémon games, of course. One big change from previous generations is that only 69 new Pokémon were available at launch (with three more mythical Pokémon distributed later), the fewest of any generation so far. This, however, is balanced out by the fact that 26 older Pokémon received new forms by the way of Mega Evolution (with 19 more being added in later 6th generation games): If a compatible Pokémon held a specific item they could transform into a more powerful state during battles. This mechanic has been met with equal amounts of praise and disdain: While many older Pokémon who were completely negligible, battle-wise, got a new lease on life after years of irrelevance, such as Beedrill, many Pokémon who were already quite excellent became overbearingly powerful due to this mechanic, like with Mega Rayquaza, who is like if power creep manifested itself and swept through your entire team. 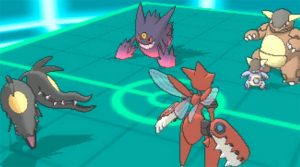 Other features added in X and Y were Super Training, which was a method to make training your Pokémon’s stats even easier, along with Horde battles which would pit your Pokémon against up to five Pokémon at once- also perfect for training your Pokémon’s effort values. Sky Battles were a feature of X and Y, but they were just regular battles only Flying type Pokémon could participate in- nothing special, really. Players could also customize the look of their trainer, from hair style to outfit, using various clothing you could find all over the Kalos region. Friend safaris were also introduced in X and Y, locations where you could register other players and see specific Pokémon which would likely have hidden abilities and overall better stats than normal (dream world abilities were made more common and have been referred to as hidden abilities from this generation, forward).

Pokémon X and Y never actually received a third version, such as Crystal or Platinum. Instead, remakes of the third generation games, Omega Ruby and Alpha Sapphire came about and re-told the story of the third generation games in updated graphics on the 3DS, and gave players access to new Mega Evolutions for more Pokémon as well. Features like trainer customization were removed, and strangely the Battle Frontier is teased in the remakes, but was never actually implemented despite having originated in the 3rd generation’s Emerald. Plenty of spin offs came out during this time, such as Pokémon Super Mystery Dungeon, Pokémon Rumble World, Pokémon Shuffle, Pokémon Picross, and Pokémon Battle Trozei. There were plenty of Pokémon-themed puzzle games between 2013 and 2016, that’s for certain.

Pokémon X,Y, Omega Ruby, and Alpha Sapphire added a whole host of things to the Pokémon universe with varying degrees of success, but they definitely brought a lot to the table in either quality of life improvements or outright graphical improvements. Surely these games would be the foundation for the next generation that would eclipse each iteration that came before it, right?