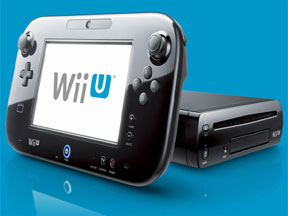 Is the Wii U the right console for you?

Finally, the Wii U is upon us, and all of the hype built up over the past months fueled by a surplus of burning curiosity and modest skepticism from within the gaming community can all be officially validated and put to rest. Now that Nintendo’s latest next-gen HD console is here, perhaps the biggest question on everyone’s mind can finally be answered: Does the Nintendo Wii U live up to the hype?

Well, yours truly has recently managed to get his hands on a Wii U of his own, and after spending some quality time with Nintendo’s newest system, I feel quite comfortable in answering that burning question in the form of: yes! Most definitely!

First things first, ‘the U’ is a nice bit of eye candy straight out of the box. While the game deck itself is pretty straight-forward sleek and doesn’t take up a ton of shelf space, it’s the portable console Gamepad that steals the show sporting touch features, a large HD screen roughly about six inches wide, a well-placed layout of analogs, d-pad and buttons giving the user a comfortable grip and feel for this sizable, yet lightweight piece of handheld equipment. Plenty of handy and easily accessible features line the outer edges of the Gamepad including a front camera for pics and live chat, a TV button to turn your pad into a universal remote, adjustable volume and power controls, hidden stylus, charger, headset ports, microphone and battery indicator lights and a familiar Home button to quickly access the Wii U Menu, all designed to place everything users need right there at their fingertips. Kudos goes out to Nintendo for putting a portable device into the hands of players that feels like both a monster-sized handheld and a personal portable mini HD screen all at the same time.

But enough about hardware, let’s talk software. The Wii U interface is full of cool and innovative features starting with Mii Maker, where you can create and personalize a Mii character for yourself, friends, or even family. Though this is clearly a familiar feature we’ve seen before, the Wii U takes the mode one step further allowing users to take the express route through character creation by utilizing the built in camera on the Gamepad to take a personal picture and automatically generate a Mii character based off their own physical features.

Once your Mii has been created, then it’s off to MiiVerse, a brand-new online community that you can dive into and meet new friends, talk games, and share experiences with as you discover new content. A really cool feature in MiiVerse is the fact that you can attach screen shots of specific games to standard messages, or even use your stylus to write or hand-draw messages for your friends to view.

You can take communications with friends and family one step further by accessing the Wii U Chat feature, which works similar to Skype. In Wii U Chat anyone who owns a console can communicate visually with one another from far off, right on your TV. Simply look up friends or family in your friends list, click their Mii, and chat live with them almost instantly. It’s as simple as that.

Some of the best features of the console include modes like Nintendo E Shop, which acts as a basic online marketplace for downloading new games, video footage, and demos, as well as future DLC.

A new feature coming in December is known as Nintendo TVii. According to specs, Nintendo TVii will act pretty much as a central media hub allowing users to watch and engage in TV shows, movies, and sports based off their existing cable or satellite programs. Some of its coolest features will include communicating through MiiVerse, Facebook, or Twitter with friends during live TV moments, and even engaging in a deeper sports experience by having access to live scores and stats on your gamepad, a very tempting feature for any hardcore or fantasy sports fan. Last but not least, and certainly worthy of notable mention, is the fact the Wii U is fully Internet ready, allowing players to browse nearly any site of the Web.

Now, if you’re seriously thinking about buying a Wii U at this point, then there are a few things you should know prior to purchase. Number one, if you don’t have an Internet connection or at least access to one, you’re going to miss out on many of the cool features previously mentioned as they must be downloaded from the Day 1 patch when you first go online. The patch itself is pretty big, so if you choose to buy the basic 8G console in white then when the patch is finished you’re going to end up with only about 3.5 gigs of memory left over. You will quickly find that you need a little more space to download full digital games from the Wii Shop. The 32Gig console in black will of course have plenty more storage space left on it after the patch, so if you want to purchase games digitally you will have the necessary space there to do so.

HOWEVER, no worries if you’ve purchased the 8Gig system. In fact, it may benefit you more because, ultimately, around mid-December Nintendo will be releasing a 320Gig external hard drive which will contain all the space you’ll ever need, and doing so for a reasonable retail price of $79.99. Also, though both versions of the Wii U, 8G or 32G, are backwards compatible with Wii games, you’ll still need you’re original Wii controller and knunchuk to play your old games. Yes, unfortunately and at least not at this time, you will not be able to play those old games on the new Wii U Gamepad, only on the TV. Hopefully, this will change down the line.

Regardless of a few minor discrepancies, though, the Wii U is a very powerful system with the technology to reach ground-breaking plateaus in the gaming world. It will be interesting to see what developers do with the very cool features the system has to offer. If you’re seriously thinking about buying a Wii U, don’t think, go buy it because it’s more than worth its weight in terms of money. It’s got a respectably strong line up of launch titles out for it now that really showcase what the system is capable of, not to mention, some really cool accessories to help pimp out your console and boost your overall gaming experience.

The bottom line is that anyone would be doing themselves a great injustice to pass over an opportunity to own Nintendo’s next-gen console.