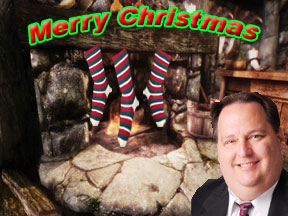 You might not believe this, but I love games.

As anyone who listens to me rant on the GiN Lounge podcast knows, I can be very critical of games, game companies and the people who develop games. I’ve never been shy about saying when games are wasting imagination and human potential.

Seriously, I think that’s why John Breeden, host of the GiN Lounge, only lets me on his show every now and again, and not all the time. And that’s understandable, I suppose. Who needs to hear a middle-aged man spend a half-hour complaining? If you wanted that you’d hang out with your grandfather, right?

But the fact is, I complain for a reason. I complain because I’m an idealist and also because I love games. I truly do.

I am of the first generation to have videogames in their lives. Born in 1967, I had a PONG system connected to my television in the 1970s. Heck, I had a console system that played breakout and pinball on my television, for heaven’s sake. I loved them. And so did my friends. And when the arcades started popping up everywhere? I got a job keeping score at a bowling alley just to feed my quarter addiction.

Anyway, I loved videogames then, and I love them now. But they don’t always justify that love.

And it’s Christmas time. And I own a videogame site. And I’m an idealist. It’s not a great combination.

I expect more than just a formula. I expect innovation, and education, and responsibility out of those people who are, by several counts, producing art in videogames. And so often it’s not there. Honestly, MOST of the time it’s not there.

It’s easy to just create the next sequel or the next shooter and not think too much about it. The companies are for-profit entities, I get that. But I have the right to hope that there can be new creativity out there. But, like movies, and rock and roll music, and other forms of art that have just become a lowest-common-denominator cookie cutter form of art, there’s little of that. What we get now are blockbuster-oriented games with big media pushes behind them that will sell whether the games are good or not. They’re the direct equivalent to Nickelback albums or Adam Sandler movies. Safe, boring choices that waste the time and effort put into them and do nothing at all to improve the lives and thoughts of those playing them.

That’s what gets me. The assumption of the art of game design by large, faceless corporations. That’s a group that doesn’t often have the best interests of its customers in mind. It’s sad, really, it’s as if they were surrendering the ideal of both entertaining their customers while helping them think and grow. It’s tragic in a deeper way in that most of the customers are teens and early 20s adults who could use the stimulation that a better effort could provide.

Anyway, Happy Christmas, everyone. And what I want is a new era in game development. One in which the artistic integrity and the innovation of games is respected by the developers…and the gamers. Is that too much of a Christmas wish?