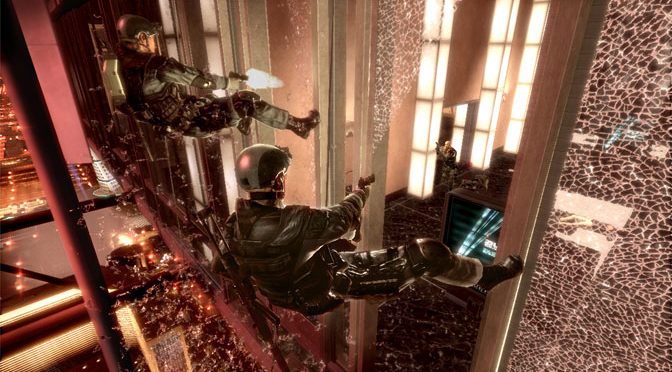 Growing up in central Ohio I played a lot of Tom Clancy games and collected an unhealthy amount of his books. I remember playing Rainbow Six on the Nintendo 64 back when I had to turn my TV on channel three. I am starting to realize that I am aging like milk and expect my walker any day now. My rapid aging notwithstanding, I wanted to go through some of the older games and see how they have evolved.

I want to start with the original Rainbow Six that was on N64 and PlayStation. Maybe I’m missing some cards from my rolodex (for those who are too young, look at this), but I am pretty sure this was the first true tactical first-person shooter. You took a few operators into a mission and each member could take one bullet, maybe two if you were blessed by Athena, before dying. No huffing through a paper bag behind cover until your screen isn’t covered by strawberry jam. Rainbow Six was also genuinely hard. It took actual skill to get through the game or a great friend in local multiplayer. It only got harder when they launched Rainbow Six: Lone Wolf for PlayStation.

Also, if you have the Rainbow Six novel, you should. It’s really good. 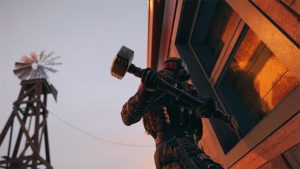 Tom Clancy games also revolutionized stealth games with the launch of Splinter Cell. Splinter Cell forced you to thoughtful stealth combat and that was it. This was before you could do stealth until you stumbled into a room like an alcoholic coming home after bender, alerted everyone and made it rain lead until everyone in your postcode is dead. Splinter Cell was hard and punished you for breaking stealth at all.

Then the final flagship series launched in Ghost Recon: Advanced Warfighter. Ghost Recon gave you better technology to use and opened the maps more, but kept the challenge on high. Now enemies had more chances to flank you and ruin your long mission before you realize what happened. These games all started a wave of tactical shooters as SOCOM games started coming out a year after Ghost Recon, the same year as Splinter Cell and four years after Rainbow Six.

Tom Clancy also had two non-flagship games between these flagship titles that varied in quality. H.A.W.X. and Endwar were both given mixed to positive reviews. Personally, I think Endwar is an underappreciated game that made an innovation with strategy gameplay for consoles. The fact that the voice command technology has been implemented in other console strategy games blows my mind. As for H.A.W.X. Even Yahtzee Croshaw of Zero Punctuation praised its gameplay while criticizing its story, which is a common sentiment of many Tom Clancy games.

So how have these games evolved since Tom Clancy’s passing in 2013? 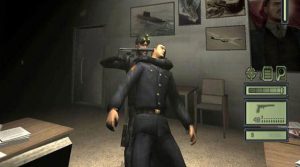 In my opinion, not great. While we will never truly know how much say Clancy himself had in the stories of the games closer to his death, what I see now makes me think he at least had a fair amount of input. There have been no non-flagship titles released outside of Ubisoft limping an Endwar free-to-play game in 2014 and shut it down two years later. Granted, Ubisoft is releasing a new game called Tom Clancy’s XDefiant. XDefiant is a free-to-play arena shooter with a bunch of quirky characters. Because when I think of Tom Clancy games I think of quirky characters and arena shooters. Considering Tom Clancy has been dead for nine years and this was not one of the original games nor based in a book that I am aware of, I don’t know how this could be his intellectual property. His game company was bought out by Ubisoft years ago, sure, but no one would be the wiser if they had left it off. This just looks like a shameless grab at trying to lure in the Overwatch and Fortnite audience. Most, I would bet, are too young to know who Tom Clancy was.

This moves me to the other big post-death IP credited to Tom Clancy, The Division and The Division 2. Say what you will about the older games and I know people are split on them. They were focused on technical updates and experimenting with new gameplay mechanics while keeping the challenge. Now, we have The Division which is essentially a bland MMORPG with a lazy plot that just wants to have players roam around looting for items with higher numbers. It is essentially Destiny for gun nuts. 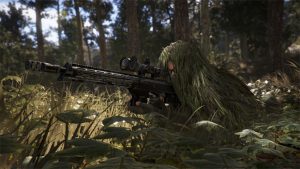 Well, now it is time to hit the big three and… well… I am not a fan of what Ubisoft has done with two of them. I will be brief with Ghost Recon. They have turned it into the Ubisoft Sandbox. The tired formula that they use for Far Cry, Assassin’s Creed, Watchdogs, and the aforementioned The Division. Rather than focus on the merging of a hard challenge and technology, they instead decide to make it like almost every one of their main titles. Ghost Recon now makes you always be online, even while playing solo. But what is AAA gaming except to boil everything down to a slurry to try and appeal to everyone and squeeze every dollar from players wanting to have fun, but I digress.

Splinter Cell ended in 2013, although a remake of the first is allegedly in production. That game series slid downhill into a stealth preferred game rather than a stealth required game. Essentially, it was turned into a third person cover shooter following the wave that Gears of War started in 2006. I will give it credit for maintaining a consistent character, even if the supporting story ramped off a cliff and rolled down a mountainside into crazy town. It didn’t so much require a suspension of disbelief as much as my disbelief had to be expelled and not allowed on school grounds.

Now, we have reached Rainbow Six. I know some of you might be expecting me to rage about how this game has become the worst of them all and are sharpening your pitchforks. Here’s the twist, I think Rainbow Six has aged great and maintained its identity. The series got its first major boost from the Rainbow Six: Vegas series which not only breathed life into a stagnating franchise, but drove literal excitement for future installments. I loved my time in Vegas, it felt like a more streamlined game with numerous options, but still a hearty challenge. Every door you went to breach caused a little anxiety not knowing if you were going to make a bad choice and get mowed down on the other side. 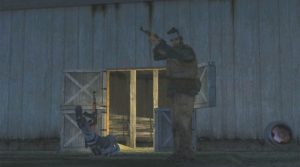 Rainbow Six: Siege further built on this by giving the player the ability to destroy walls, floors, and other objects to increase the tactical options. All while maintaining the challenge and putting a great kind of emphasis on multiplayer. Rather than having all of the players running around making bubbling noises and shooting everything that moves, Siege requires teamwork. Everyone having different equipment, having to cover each other while breaching, etc. It provides an organic challenge that provides a different speed of multiplayer from Call of Duty and Battlefield.

My point through this piece was to briefly walk through a sort of museum and remember how the Tom Clancy games started and how they have evolved (or devolved, looking at you Ghost Recon). Other than Rainbow Six, which to whatever team worked on that I want to personally thank you, the others have been on a slow steady trajectory into the Ubisoft singularity. The Ubisoft singularity is that, eventually, all game titles will be open-world sandboxes with crafting, tower climbing, district liberation, hundreds of pointless collectables, and stealth/action choose your own gameplay.

I realize that no game can stay the same for ten or fifteen years (unless you are a Madden game) without becoming boring. By no means am I taking the old man route of “back in my day” in this article. Rather, I wanted to compare how Rainbow Six (seriously, read the book) has had a great evolution and become a unique game with loads of potential. The others have just been trend followers or like (insert game here), but. I also think that I am a little upset with Ubisoft still pasting Tom Clancy’s name on things that he had no hand in for marketing appeal. If the Clancy estate is getting anything from it, that helps, but I don’t want younger people associating Tom Clancy, the revolutionary author of the international thriller genre, to be associated with what will likely be a garbage arena shooter bearing his name.

Let me know your thoughts and I would love to hear if you have any fond memories of playing a Tom Clancy game (any of them). Stay safe everyone, I have to go back to dealing with my second round of COVID.