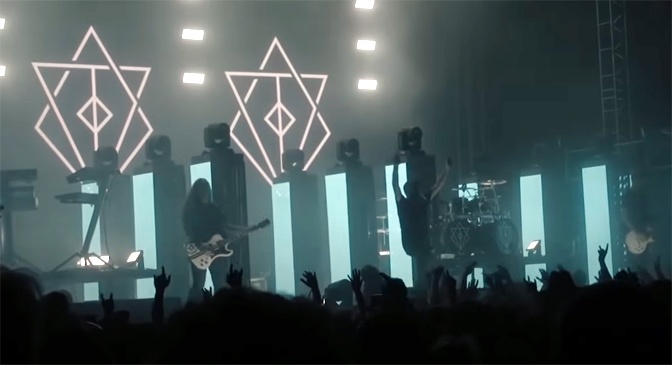 Readers, it has been a long quarantine and I don’t know about you, but I miss the way things used to be. I miss rampaging through my local taco joint on Tuesday to house more tacos than my cholesterol would prefer I did. It feels like forever since I have been able to go buy toilet paper without it turning into a WWE match. While my wife and I have actually been able to buy a house during this time, the pandemic made everything ten times more stressful.

Then, I found something that sparked a little joy and made being locked in my house better.

I listen to a lot of metal and I love the band In Flames. In fact, my first non-festival concert was to see In Flames in Columbus, Ohio. Side note, they put on a great show and I will recommend everyone go see them if they get the chance. Why am I bringing up a random Swedish metal band in a video game column you ask? Well, they released a new version of their latest album in 8-bit format. No singing or partial remixes. Flat out everything is 8-bit arcade music and it is one of the best things I have heard.

This got me thinking about what other albums I would love to hear in arcade style. This list is in no order and does not count I, The Mask (Arcade Version) that I just mentioned.

Does This Look Infected? – Sum 41
Battle music anyone? This is my favorite band and this album had a lot of high energy songs that would help amplify any shooter game or racing game. If anyone forgot this album existed, go back and give it a listen. Side note: Sum 41 also puts on an incredible show and I saw them live in Columbus. Beer was flying, people were flying, and it was the most insane concert I have been to in the last two years.

Holographic Universe – Scar Symmetry
Back to heavy metal, this album offers a wide range of rhythms and well-paced music that would go great with a dark RPG. A lot of the songs could also blend well in cyberpunk games such as Deus Ex and earlier Bioshock titles. This may be obscure for some, but I promise the album is worth a listen and would be great in 8-bit.

Design Your Universe – Epica
This one is kind of strange, but this female fronted band offers a lot of variety and could fit in with nearly any type of game. I would most likely see this in a JRPG such as Final Fantasy of Tales Of. Design Your Universe also would augment a puzzle game depending on which version they went with as one has acoustic remixes on it. The album is just versatile as is, let alone as an arcade style soundtrack. Side note: Epica actually did a short album where they cover Attack On Titan songs (Epica vs. Attack On Titan) and they knock it out of the park.

If this seems like an odd direction for this column, you are not alone. I never thought I would write a Skirmisher about possible albums to be turned 8-bit. Unfortunately, the pandemic has ground things to a halt and there isn’t much left to gripe about unless I want to pick up a stick and beat the microtransaction pinata again. I would love to hear from you on albums you would love to turn 8-bit and if you do listen to the In Flames album (I recommend) let me know your thoughts.

Until the next column, stay safe and remember kids, cannibalism is wrong.