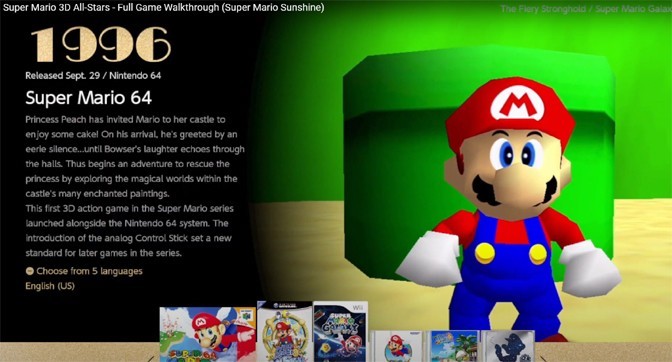 We sometimes use “death” in hyperbole to describe a decline in an industry or sudden downfall of a career or celebrity. So when “The Day Mario Died” floated around social media, I assumed the same type of hyperbolic speech. However, not only is this statement true for the most part, it was also followed by a sad announcement from Nintendo. While the announcement, which I will discuss later, makes business sense and is a general negative for gamers.

After the March, 31st deadline, all Mario games left in the Switch shop are Mario 3D World & Bowsers Fury. Super Mario 3D All-Stars was a well known limited edition item and fans accepted it, with various amounts of complaining. Then, it came out that March 31st would cause all of the remaining Mario games to vanish as well. This “death” puzzled fans and made them wonder why Nintendo would torpedo their flagship franchise.

Mario was not the only casualty to the bottom line as Fire Emblem: Shadow Dragon and Blade of Light were removed as well. These were big titles that got axed and really shrank the market and drove up the price for physical copies. Physical copies of Super Mario 3D All Stars were already being listed at $2,000 on eBay. Now it is unclear if anyone has bought any of these, but as the month wears on it will be worth watching.

Now comes the million dollar question, why is Nintendo doing this? Well, as Vice reported it just so happened that March 31st was the end of their fiscal year. While it sounds cynical, it is absolutely a logical thing for a company to do. But Vice also mentioned that Nintendo has said that “data shows that re-releases don’t make money.” So we get to one of our favorite issues and everyone say it with me.

By taking games away that the fan base wants, then re-releasing them with intentionally limited quantities and strict deadlines before they are removed from the digital stores can earn big profits. They can use it to boost sales and force fans to buy the game during their time frame rather than when is best for them. I understand this from a business standpoint, I really do. But as a gamer I have a couple of issues with it.

The first is that I feel like it is a middle finger to the consumer. Essentially, Nintendo is telling people “We will re-release the game you want and you only have one chance to get it or otherwise you may never see it again unless you buy it now.” Mark my words, they are going to do this to Fire Emblem: Path of Radiance. It is so hard to find this game and it runs upwards of $200 online. This brings me to my second concern.

Is this sustainable? Truth is, I don’t know. If consumers are afraid to splurge on current titles in fear of missing limited editions that are on deck that month, it might not be. I would also argue that people are going to suffer FOMO fatigue. Between limited rereleases, limited DLC, special Magic: The Gathering releases and other limited edition nerd items, there is just not enough money to go around to obtain all of these items. While there could be a sales bump, I would argue they could leave a lot of sales on the table from people who would buy the game, just not at that moment.

Nintendo is a great example of being able to understand why a business is doing something and still be angry because it negatively affects you. I honestly don’t believe that Nintendo has enough good will with its fans to continue this trend for a long time. Hopefully, they will come back around to allowing their products to be up, at least digitally, ad infinitum. Otherwise, fans will likely become disenfranchised and their profit engine could break down. Don’t forget to listen to the GiN Lounge podcasts where Vincent and I discuss topics like this, only we are a lot more angry on the shows.

5 thoughts on “Pondering The Death Of Mario and Fire Emblem”