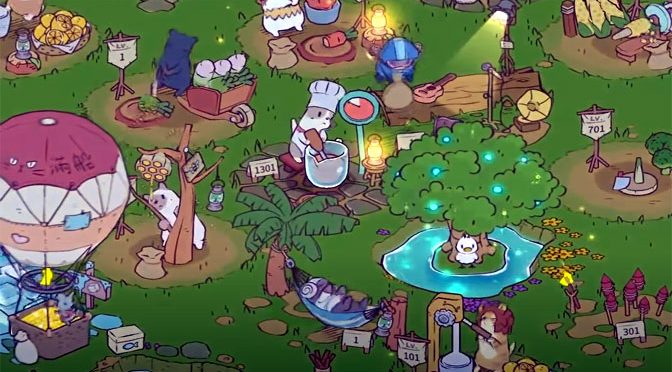 I recently reviewed Zombie Rollerz: Pinball Heros on the Nintendo Switch, and something about the exposition made me think there just had to be a Zombie Rollerz game that came out before this one. After about a half an hour of digging I found that the original Zombie Rollerz was a mobile app game. I was curious to see how the mobile game compared to the Switch game. 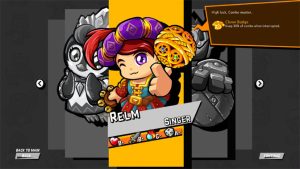 After playing several rounds in the mobile game, I started to wonder if there were other mobile games out there that would be good candidates to launch an expanded console or PC version. I scrolled endlessly through the free game apps in the iOS store (Sorry paid games, but I don’t have the cash to be paying just to try you guys out for a GiN column. You look great through. Maybe later.) I started downloading any game that caught my eye, trying to make sure I covered multiple types of games. I stuck to what I thought I would enjoy playing, which did limit my selection, as golf and car games are not really my style. After it was all said and done, I had downloaded 24 new games to my phone…and used up all my remaining phone memory.

Don’t worry, I’m not going to talk about all 24 games now. I have only launched 7 of the 24, and I’ve only spent significant time on a fraction of these. I’m estimating this will be a 5-part series. For part 1, I’m going to talk about the differences I found in Zombie Rollerz, as well as my thoughts on the following games: Piffle, Bird Bed and Breakfast, Pocket Love!, and Cats and Soup. In the words of Sam Reich, the only way to begin is by beginning. So, without further ado, let’s begin. 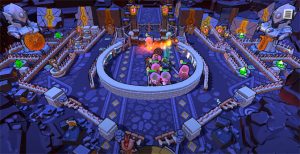 The mobile and Switch Zombie Rollerz games are two separate and distinct games. I won’t go too much into detail on the Zombie Rollerz Switch game. See my full review if you want to know more. The mobile game started out with the same two characters as the Switch game: Burnjamin and Omnipedia, but the next two characters were unique. I finally understood some of the references made in the Switch version and the plot made a little more sense after playing the mobile game. The second character I got was the talking bear Omnipedia mentioned a few times in the Switch game, Ursula. The mobile game also does a better job of explaining the effects of the weather conditions, and I finally experienced the benefit of the dance skill!

There is a lot of overlap with the different skills, buffs, and level layouts. I know I’ve seen at least two levels with almost identical layouts between both games. The play style also isn’t much different.

Ultimately, after spending significant time on the mobile game, I wish even more that the Switch game had more to it. There was a lot of opportunity to send the heroes on a truly epic quest, ideally one that lasted more than 3 short chapters. 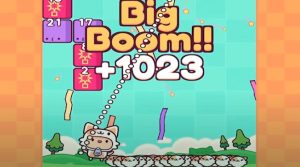 Piffle is a game I instantly fell in love with. It reminded me of the old Bust-A-Move ’99, a puzzle ball popping game my mother and I used to play for hours on the PlayStation while I was growing up. For reasons unknow, a flying robot steels your dog and you have to use piffle balls (large meowing cat heads) to remove blocks to clear levels. You can earn up to three stars per level depending on how many points you score, and each level is infinitely replayable, so don’t worry if you can’t get that third star right away.

While playing Piffle, I kept thinking about what I would change for a console game. I kept coming back to Bust-A-Move ’99. Some things that worked well in that game that I would transfer over to Piffle is having the option of multiple playable characters and an option to co-op to race your friends to the end of a level. I would also like to fill out the story more. I don’t even know my dogs name, or why the robot stole it. A potential story arc would be the robot is stealing pets from across the neighborhood. On your journey you team up with a handful of neighbors looking to rescue their pets as well. These would be the other playable characters. I don’t think I would really change anything about the actual game play. It’s a nice, relaxing puzzle game that can be used to pass the time without being too difficult.

While researching for this column, I did find that Piffle is available on the Switch. From the gameplay trailer, it looks like the game is a straight 1:1 port. I am a little bummed that there doesn’t seem to be any new additions, and the price seems a little high given I can play the game on my phone with relatively few ads. It’s currently at $19.95, but if it happened to go on sale for under $15.00, I would pick it up. 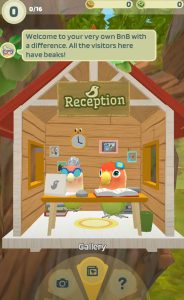 I think that Bird Bed & Breakfast has a lot of potential to be expanded nicely on console or PC. You start out helping Pepper and Mango open a bed and breakfast with one simple nest in a large tree. The more guests that visit your bnb, the more types of birds you can unlock. You take care of your guests by sending them to sleep, waking them up, letting them take a bath, and feeding them breakfast before checking them out. You also have to clean out the nests and baths after a couple of uses. You plant seeds under the tree to grow the food used to feed the birds. As you level up you can add additional nests to the tree and unlock different types of nests. The different birds have different preferences for nests and breakfast, as well as different waiting times. It can take a lot of multitasking to take care of a full tree of guests. The more demanding guests do pay more, so that makes it worth the extra attention.

The game is very detailed in the bird designs, with the app page boasting every bird type is “based on a real species with accurate wing patters and bird songs.” The birds can also leave a review with up to a five-star review. There are also V.I.B. characters (very important birds) with their own names and outfits. I haven’t confirmed if their reviews carry more weight, but the title makes me try harder to make sure they are fully satisfied while they stay at the bnb.

One area I think Bird Bed & Breakfast could expand on a console or PC version is allowing you to open up different bnb locations with different habitats and birds available. The tree in the mobile game looks to be in a North American forest, but African Grey Parrots and Lovebirds are some of the first guests. It would be really cool to start out with the North American tree and have guests that are strictly local to North America, then you could expand to a tree in Africa with birds native to there, and so on. It would also be cute if you could hire workers to help you clean the facilities and grow the food. I imagined little wood mice cleaning up the nests between visits and squirrels harvesting the berries and carrying them up the tree. It would also add another layer of managing the bnb, as you would have to spend money to staff the helpers. 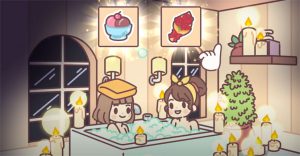 I’m going to be honest, Pocket Love! was a dud for me. I only spend about 10 minutes on it before moving on. The premise is you and your girlfriend move into a new one room house and you buy new furniture, clothes, and other accessories for you tiny, tiny house. It just doesn’t do it for me.

Maybe if I enjoyed playing games like The Sims I would be more into it, but alas. Moving on… 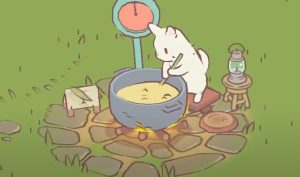 Cats & Soup is probably my favorite game out of the first batch. You start out with a few cats making soup and cutting carrots and cabbage. As you sell more soup, you can buy more facilities to make different types of soup and juice, as well as support areas for the cats to unwind. Do I only love this game because I’m a huge fan of cats and these cats are utterly adorable? Maybe, let’s not rule that out. The premise of the game is so simple I was sure that I would get bored with it, but for reasons not well known to me, I keep coming back. Each station, cat, and recipe can be upgraded for increased production and higher profits. Very quickly you can build a message board where special orders populate for high rewards. You can also take photos of your cat colony at the right time for extra gold. You can fish in a pond to feed to the cats and level them up. Each cat also has its own little room that you can decorate, and you can add cute costumes for additional skill boosts. The art is beautiful, the cats are adorable, and I even convinced my mom to download it after sending only 3 photos. 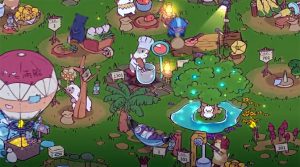 This is also the game I’ve put the most thought into how it could be expanded into a console or PC game. I was thinking that the game could put more emphasis on the cats as characters. The cat soup business is a family run business, with a grandpa and grandma cat who runs the business with several generations of cat children. The family could expand throughout the game, much like in the mobile version, but instead of coming from the stars, the new cats would be the children. The kittens could level up their skills as they grow up, and they could assist the adult cats in their tasks. The business could include expenses as well as profits, with ingredients being bought from the other locals. 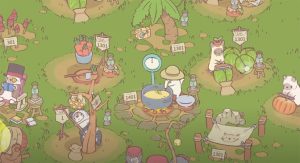 One of the major drawbacks of the game is it’s chock full of ads. The rewards for the ads are so tempting that I keep watching them, but it would be a major plus side of a console version. I’ve never played Animal Crossing or Harvest Moon, but I think some of the mechanics of these games could be adopted in a console version of Cats & Soup. I wouldn’t want a complete copycat (pun not intended, but appreciated), but some flavors (this one was intended) of this type of game would be good inspiration.

Well, there you have it, folks. Let me know if you you’ve tried out any of these games and what you thought of them. Make sure to come back in two weeks for my next batch of mobile games. Stay cool, be you. Bye for now!