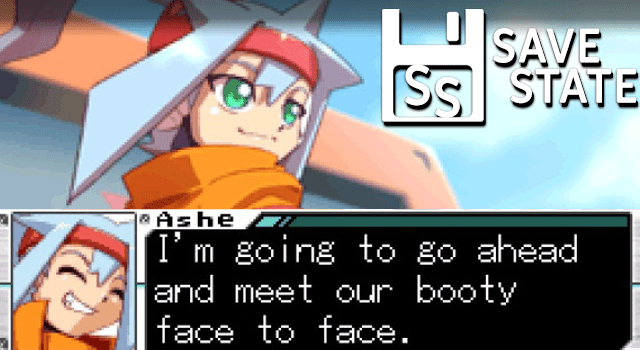 Welcome back to another edition of Save State, coming to you alive during a pandemic. There’s never been a better time to stay inside, work from home (if you’re able), and play some games, considering most sensible people should be staying indoors unless their jobs or other factors don’t allow them to. So let’s wash our hands and make a throne out of unnecessarily horded toilet paper, and check out the latest couple things I’ve been into for the last couple weeks.

Mega Zero/ZX Legacy Collection came out this month for every modern gaming platform- Switch, PS4, Xbox One, and PC. You’ll notice a stark absence of Google Stadia from this list- I mean, how could we be expected to play this game without it being available on Google Stadia? In any event, the game released on good platforms, and it gave us another chance to experience Inti Creates’ vision of the Mega Man franchise from 2002 and beyond. The package comes with Mega Man Zero 1-4 from the Gameboy Advance, as well as Mega Man ZX and ZX Advent from the Nintendo DS, so you’re getting six full games for around $30. 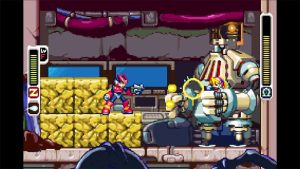 Story-wise, the Zero games continue the story of the X series but are set much further into the future. Thankfully, the story is loosely connected and almost all of the characters are new, though it gets a little bit better in each game iteration if you know Zero and X’s dynamic from the Mega Man X series. Story’s neat, but to be honest, you play these games for the platforming and combat of which the Zero series has in spades. Each game gives you different weapons and has a number of unlockables, from Ex Skills you can acquire by beating bosses when you have a high rank, to numerous cyber elves that you can gleefully murder to give you extra lives.

As the Zero (and ZX) series is comprised of 2D action games, you’ll speed through dangerous areas to defeat the bosses at the end of the track. You’ll dash and use your buster, Z-Saber, chain rod, shield boomerang, and a few other weapons to traverse increasingly more interesting and varied environments littered with enemies and challenging boss fights. The Zero and ZX games play very similarly to Mega Man X, to the point where if you’re a fan of one, it’s easy to recommend the other to you. Exploring off the beaten path can reward the player with data discs or cyber elves, whom are consumable fairy creatures that are basically the upgrades of these games (extending your health bar or double jumping are locked behind the elves, for example).

The platforming in the early two Zero games can be especially brutal- leaps of faith around spikes, dodging an enemy’s attack only to be hit by an enemy you just killed who respawned off-screen, etc.. Each game dramatically increases in quality, however, with Zero 3 being probably the pinnacle of level, boss, and story design. Rushing through levels while taking little damage will give you high ranks, which will then let you unlock further bonuses in the form of Ex Skills, which can give your buster charge shot different behaviors, or let you perform unique attacks with your melee weapons like the Z-Saber or Shield Boomerang. 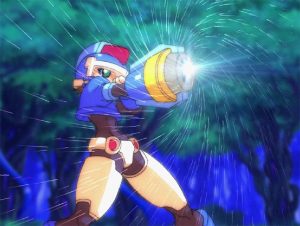 Honestly, the only bad part of the first two Zero games is that there’s no sense of you becoming more powerful. If you use any cyber elves, your ranking is permanently reduced for each one used, which can mean that if you give yourself a double jump and increase your maximum health then you’re not getting an A rank for the rest of the game even if you complete a stage perfectly. This, in turn, means no Ex Skills for you, either. In previous X games you could have a sense of character progression as you found heart tanks to increase max health, sub tanks to replenish health, etc., but several of the Zero games tie even sub tanks behind cyber elves, which results in a low ranking.

That’s just my personal perspective, however: The game design behind the Zero games clearly wants goodies like Ex Skills and Jackson to be rewards for players that accomplish the game’s hardest challenges without upgrades- and the cyber elves are there for players who need to make the experience a little bit more cushioned so they can tailor it to their liking, though it will be at the expense of some of the new attacks or cyber elves, so you’re definitely rewarded for playing the game through multiple times and learning its ins and outs. So, while I may have stuck around and collected every cyber elf and used them on hard mode to unlock a mode with the ultimate cyber elf, that’s not something that every player needs to do- most can just play the games normally, beat the game with an E rank, and never need to care that you could turn your buster’s charge shot into an electric ball.

The new checkpoint system makes it a lot easier to new players experiencing the games for the first time, though- turning on the checkpoints basically gives you unlimited retries, so you can practice and perfect stages at your own leisure. There’s also a casual mode, which gives you all of the abilities of the cyber elves, maxed out health, etc., which is way too over the top easy for most competent players, but could be great to get a younger child into 2D Mega Man, though.

The ZX games are a slightly different as they maintain a lot of combat elements from the Zero series, but ZX introduces a Metroidvania-esque map that you can get lost in repeatedly, and ZX Advent introduces the ability to transform into defeated bosses. They’re not exactly my favorite of the games included in the package (I enjoy ZX, but ZXA is… just okay), but there’s a lot to enjoy and typically have fairly long levels that players can spend their time adventuring through. ZX and ZXA don’t have a ranking system or time limits either- you just defeat bosses and get their biometals in more typical Mega Man-style character progression.

The Mega Man Zero/ZX Legacy Collection is a lot of game for very little cash. While it’s not available on Google Stadia, it’s definitely worth picking up if you enjoy 2D action games, or any other 2D Mega Man titles. 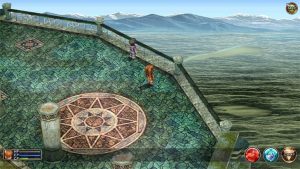 So the other game I’ve been spending time in these last couple weeks is also not available on Google Stadia- I know, I know, hold your surprise. The Legend of Heroes: Trails in the Sky is the first chapter of the Trails in the Sky trilogy- it features a varied cast of characters with distinct personalities, a turn-based combat system that you can speed up on demand (a massive time-saver), and more dialogue from random NPCs than any other game I have ever seen. The first game is as far as I’ve gotten thus far, but the story seems to be a largely character-driven affair as a brother and sister duo go on an adventure to find their missing father, picking up clues he left along the way. The story is an incredibly slow burn- it takes hours to get going in any real capacity and it almost feels like by the time it’s established any real form of intrigue or sense of urgency, it’s just… over.

Of course, because this game was intended to be the opening act to a trilogy, it makes sense that it would spend a substantial portion of its time establishing characters, explaining how the world works, and giving players ample opportunities to read the game’s lore. Practically every NPC in this game has dialogue that updates after each story event occurs- though it can be exhausting to try and see every bit of dialogue so as not to miss anything, as these people have their own lives and they’re always willing to shed some light on some random thing that’s going on with them, their family, their work, or even give a different perspective on global politics. Those who love games with insanely crunchy and fleshed out worlds will absolutely adore the Trails series, if this first chapter is any indicator. 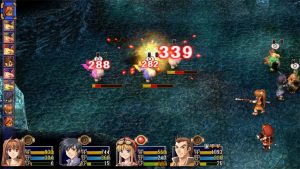 The combat is relatively simple- it’s turn-based and set on a grid, and many attacks have areas of effect that can damage multiple targets at once. Characters attack in their turn order, which can be changed by taking different actions, having higher agility stats, casting a spell that gives haste, and more, so it can be very important to watch turn order so you can catch multiple enemies in the same tornado spell’s AOE. Spells also have a casting time, which means that you’re often not able to cast a spell and immediately gain its effect- so you’ve got to think ahead. Combat is fairly similar to a lot of other JRPGs out there in many regards, but how Trails in the Sky really sets itself apart is its character customization.

Characters you control get the usual equipment slots you can upgrade over the course of the game, but unlocking new spells, attacks, and support moves all requires quartz, which you slot into your characters on strategic little… well, I’ll call them grids. You have complete control over what abilities your characters have access to at any point in time, though most characters have specific elements they work best with due to quartz slot limitations. Early game rushing for wind spells and healing/water spells was a great way to make it through the midpoint of the game, and it never really felt like I was required to grind to get past an enemy or quest boss. Oh, and there’s also tons of side quests and missable items, because this game was originally released in 2004 and that’s just what JRPGs did back then. 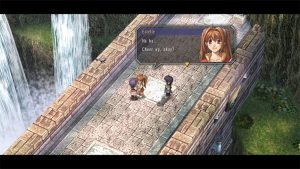 Honestly, I greatly look forward to what the next Trails in the Sky game has in store after seeing the climax of the first game, as the story can really only get better from here. If you’re capable of dealing with an older JRPG that’s replete with dialogue, heavy on lore and worldbuilding, but is the most intensely gradual of slow burns, then Trails in the Sky’s first chapter is the game for you. The characters are entertaining, and the story payoff at the end of this iteration was worth it, and it supposedly only gets better from here.

Who knows, maybe a future Save State column will feature Trails in the Sky’s second chapter. In any event, that brings this week’s column to a close. Join me next time, when I’ll talk about two random games of wildly different release dates, and probably won’t make fun of Google Stadia anymore.