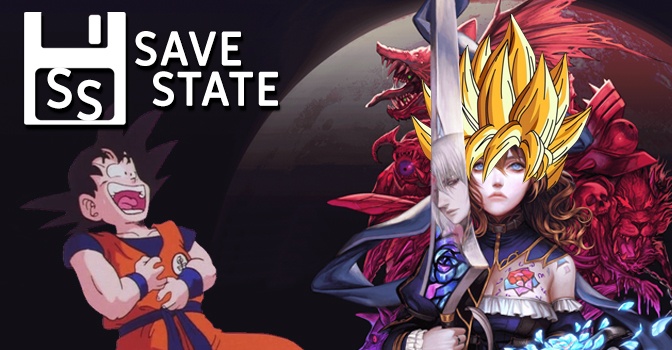 Welcome to Save State, where the backlog is big, and the trips down memory lane are even bigger.

Have you ever thought what a top-down Zelda game would look like if Goku just knocked Link out and took the lead protagonist role? Dragon Ball Z: The Legacy of Goku II is basically the end result of that thought if you tacked on to it a conventional action RPG for the Gameboy Advance.

The first Legacy of Goku game was a product almost entirely for fans, as it required you look beyond a significant number of shortcomings in order to enjoy it. Legacy of Goku II basically picks up where the first game leaves off, which necessitates you have some understanding of who the characters are in order to fully understand the events transpiring, but that’s basically par for the course for a Dragon Ball related game. This game features a decent representation of the Android and Cell arcs of Dragon Ball Z and actually allows you to play as multiple characters as you progress through the story, each with their own signature attacks. 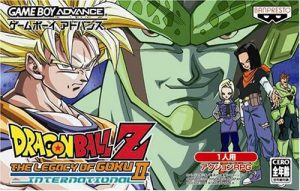 You control Gohan, Piccolo, Vegeta, Trunks, Goku (I mean it is his legacy after all), and even Hercule through various environments, re-enacting events from the popular show, plus some filler. The combo system is actually pretty solid for a Gameboy Advance game, as you have your basic attack, a charge attack, and your ki techniques that consume your ki gauge. To add to ease of access for those unfamiliar with action RPGs, wandering into areas under leveled and getting stomped shouldn’t happen  often as the game features gates that you need to be strong enough to smash in order to proceed. This makes the difficulty pretty balanced, as you can’t just brute force your way through an area and then get smacked down by a boss you can’t hope to defeat.

The map design of Legacy of Goku II is probably one of the best advantages it has over its predecessor, as there are typically multiple paths you can take to reach your next story event with a variety of quest items or optional loot left in locations that encourages a little exploration. The environments are also littered with enemies to wail on, since this is a bit like a top-down beat ‘em up meets action RPG. Though this is a pretty short game (15, maybe 20 hours), there are a number of side quests you can do that can often give some pretty great items.

Legacy of Goku II is a nice, bite-sized glimpse into the past, and a reasonably competent action RPG from 2003. It’s pretty short, being a Gameboy Advance game, and it might be too esoteric for those without a good love for Dragon Ball or older RPGs, but it still stands as one of the better Dragon Ball Z games that was ever localized for the North American market. If you maybe thought that DBZ Kakarot didn’t respect your time with its overly long and repetitious battles, then Legacy of Goku II could be a nice adventure through some of the most popular parts of the show in a quick manner. 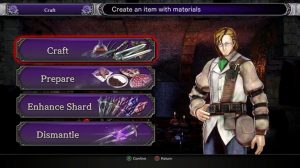 Now, the second game for this week was supposed to be Dark Cloud 2, but Sony PlayStation  2s have a fun problem with their disc drive lenses after a number of years, and I don’t have a disc drive in my Microsoft Sony PlayStation 2 Player, so this game is going to have to wait for another column down the line. While digging through boxes of cords and memory cards, the thought to play a GBA Castlevania game popped into mind, but my copy of Castlevania: Aria of Sorrow couldn’t be found anywhere. I told Swiper no swiping, but as is the case with many GBA games, I may have lent it out in my younger years and never saw it returned. I did happen across my copy of Bloodstained: Ritual of the Night for Switch, and was delighted to see that the game received a series of patches to remove various bugs, enhance performance, and improve overall playability, so this game was selected to scratch my Castlevania itch in a way that only Koji Igarashi could (don’t tell me I’m the only one with Iga-themed back-scratchers in my home).

When Bloodstained originally came out, it was an abhorrent mess on Switch, to the extent that I never finished it because of a series of glitches that drained all enjoyment out of the game. Horrendous slowdown, input delay that would make you think that you’re playing Smash Bros Ultimate online (.5+ seconds of input delay on every button press for seemingly no reason in a single player game), crashes by accessing bookshelves, crashes from accessing save points, poor visuals… the Switch version of the game simply was not in a great state on release. However, an update from a few months ago apparently addressed the majority of these issues, and the Switch version’s performance isn’t atrociously out of whack with the other consoles, now, so it seemed like a decent time to jump back into this game since I couldn’t play a PS2 game, and this title takes direct inspiration from Castlevania games such as Symphony of the Night, Aria of Sorrow, and Dawn of Sorrow. 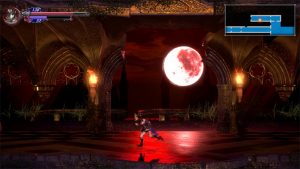 Bloodstained: Ritual of the Night has a great art style, thrusting players into the control of Gothic heroine Miriam as she traverses through the castle. Miriam is a girl capable of being imprinted with a large number of demon powers, which is important for both the story and the fact that you can absorb and wield these powers yourself as equippable shards (similar to Soma Cruz from Aria and Dawn of Sorrow). There are all sorts of characters you’ll come across as you venture from room to room, acquire some new power or ability that will allow you to backtrack and reach new areas you couldn’t the first time through the passageway.

The environments are fairly varied, as you’ll experience large, cathedral-esque rooms, sorcery laboratories, lava-filled caverns, and of course, underwater passageways. There’s an excellent use of color that makes the visuals stand out pretty well even on the smudgy Switch screen, as there’s a solid use of light and dark that still makes the gold trim of platforms and banisters pop even if the lighting engine clearly took a hit on the Switch version- I imagine they look gorgeous on other platforms. Miriam, herself, is expertly designed, and you can even customize her look with various hats and masks you can find throughout your adventure.

Weapons you can find and utilize run a very wide gamut- you can stick to more traditional one handed swords and pretend you’re Alucard, but you can attack the demons haunting the castle with firearms, axes, martial arts, even whips exist for you to whip it good and do an impression of your favorite Belmont hero. The shard abilities you can acquire are also reasonably varied- some are more obvious, like bows that let you attack enemies from range, but there are shards that let you fire lasers of light, or sic demonic pigs on your foes. Collecting multiples of the same shard can increase its rank, which will extend the duration, attack power, range, etc., of the shard.

So there’s a lot of exploration, lots of items to find and equip, loads of new abilities to discover or rip out of enemies, all while doing so to an excellent soundtrack that sounds as if it came directly from a new Castlevania game. At the beginning of the game, you’ll move slowly and methodically through the castle, but by the middle and end of the game you will have acquired enough powers that you’ll be jumping or flying over enemies heads and dashing from one location to the next, especially if you upgrade passive shards enough that you can have multiples active at once, or even stack the effects.

Bloodstained: Ritual of the Night had the core mechanics and game play that would have drawn in any fan of the slower, more methodical Metroidvania titles like the Castlevania games from which it draws inspiration. Unfortunately, as mentioned previously, the Switch version had egregious issues with frame rate drops, awful input delay, dropped inputs, and muddy visuals that made it look a couple generations older than it should have. Bloodstained is, thankfully, a redemption arc through repeated patch updates, as while the game still looks blurrier and is missing visual flair that you would otherwise get on other consoles, the play experience is no longer hampered by controls issues that shouldn’t  have been a problem from the start. There are still occasionally frame drops in locations like Towers of the Twin Dragons, but it’s not present in almost every single room as it was previously, nor should you suffer from dropped inputs any longer, as well.

So why bring up Bloodstained now, after all this time? Well, it’s mostly because I found out that  months after release, a game I had originally given up on had reached a state of playability without my noticing or otherwise hearing any news. It may also have a little to do with the fact that I played one GBA game in the last couple weeks, had an overwhelming urge to play Castlevania: Aria of Sorrow, but couldn’t locate my cartridge so I played the next best thing once I found out the good news regarding Bloodstained’s update history. 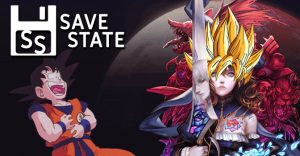 If you enjoy Metroidvanias and would like another solid one to dip into, Bloodstained: Ritual of the Night can now be enjoyed as the second coming of Castlevania on the go. If you’re still sensitive to performance issues or would prefer a faster paced 2D game with loads of exploration, there’s a lot to love in Hollow Knight, Axiom Verge, Shantae and the Pirate’s Curse, and even Dead Cells, all of which are also available on Switch.

That’s all for this week’s column, but join us next time where I hope I will have a working PlayStation 2 or some similar facsimile so I can finally play Dark Cloud 2.