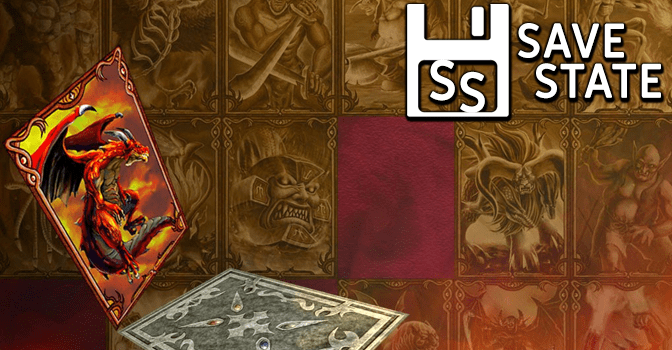 Welcome to Save State, where I dug out my GameCube and found some old games I used to love as a wee lad, and remembered practically nothing about. From Software is responsible for a pretty popular game in 2022, you may have heard of it: Elden Ring. Before Dark Souls, Demon’s Souls, Bloodborne Souls, or any of those kinds of games, From Software’s catalog was quite eclectic, ranging from tough-as-nails RPGs like King’s Field to mecha combat games like Armored Core, rest in peace. My very first From Software title back when I was but a wee little lad was a game that has likely gone unremembered: Lost Kingdoms, for the Nintendo GameCube. 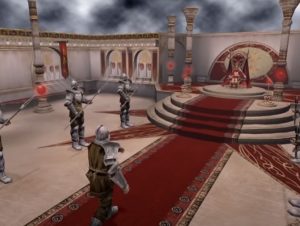 The GameCube was a wonderful little box, full of fantastic games, but it was lacking in genre variety when compared to the PlayStation 2. Some of the most beloved RPGs of all time released on the GameCube, such as Tales of Symphonia, Skies of Arcadia, Baten Kaitos, Paper Mario: The Thousand Year Door, the list goes on, but the PS2 pretty much blew the Cube out of the water when it came to volume of this beloved genre. Lost Kingdoms was certainly a case of the right genre at the right time- the GC was in a drought of solid RPGs, and games like Tales of Symphonia and Paper Mario’s sequel wouldn’t be released for another year or two.

In Lost Kingdoms, you control a young woman named Katia, the princess of a medieval kingdom that is accosted by a dangerous black fog. Katia, using the power of her kingdom’s Runestone, is able to summon arcane powers from cards that she finds, and she sets out on a journey to save the world from the curse of the fog and its monsters. The story of Lost Kingdoms isn’t exactly the most engaging thing in the world- occasionally you’ll receive some information to explain the goings-on, and may even receive a cutscene or two, but the real draw of Lost Kingdoms is third-person adventuring with a very unique card battle system.

Lost Kingdoms is a real-time action RPG. Players will control Katia to explore contained areas filled with monsters, and you’ll throw out cards to battle foes. There are around a hundred cards in the game, and each feature some kind of mythical creature that can help you in combat. Battles in Lost Kingdoms are random, and when you’re being attacked by enemies you will need to move Katia out of harm’s way and throw cards out to attack enemies, while also staying far away from enemy attacks. 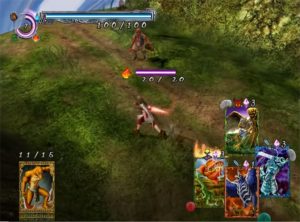 Some cards will attack enemies directly- like a bird will swoop down on a target and damage them. There are minion cards that produce a creature that will approach and fight for you, for a set period of time. Summon cards are also in the game, functioning like a mixture of minion and attack cards, though they’re often single use per stage- the damage they produce in one hit is substantial, though they often cost a lot more magic stones than other card types. Minion cards are a personal favorite in terms of sustainability through a stage, as they only seem to get consumed if they take hits from enemies, and I would throw Katia around enemy attacks to kite their attention away from my beloved minion. Using a ton of cards in a stage can make your life difficult, though thankfully every stage is littered with treasure chests that house a wide variety of new and old cards, and there’s a checkpoint where you can modify your deck and add found cards to it if you’re running low, and if you need more than even that, you can perform a Capture Throw to catch weak enemies and add them to your deck too (though this does not work on bosses).

Magic stones are kind of like the MP stat of your character. Casting a card requires magic stones, and hitting enemies drops stones onto the battlefield that you can select to replenish your stone gauge. This largely means you’ll always need to be moving and paying attention to your stones count, not just spamming cards to brute force difficult enemy encounters. Being at least somewhat mindful of your stone costs can be important, because if you have a large amount of high-cost cards drawn from your deck, only 10 points left in your gauge, and your hand is full of summons that cost 10+, you’re going to be in trouble should the summon attack miss the enemy. 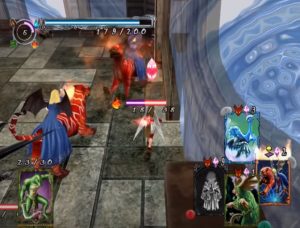 All cards that you toss in combat have a set number of uses before the card is used up for the rest of the stage and you won’t be able to use them again until you leave the area. Cards that produce direct attacks tend to have high numbers of uses, which is incredibly valuable for getting you through the longer portions of the game. Attack cards also give you i-frames during the attack animation, which works well for letting players avoid damage they otherwise would have to take. There’s no dodge button or anything that you would expect the game to have, which makes a little bit of sense since Lost Kingdoms is around 20 years old, and having a dodge command wasn’t exactly something every video game did back at that time (though there are battles against enemy summoners, and *they* have dodge rolls, so I could be wrong on this take).

In between stages you’ll be sent to the world map screen. You can’t backtrack to previous stages until after you clear the game, so while playing for the first time you primarily have three choices on the world map: Go to the next stage, go to the shop, or visit the red fairy house. The red fairies are little creatures you can find in various spots across all stages of the game, and there’s 100 of them to collect. Turning in enough of them will yield a variety of rewards at specific thresholds, as you would expect, but if you miss any while progressing through the game, you won’t be able to acquire the final reward until after beating the final boss. 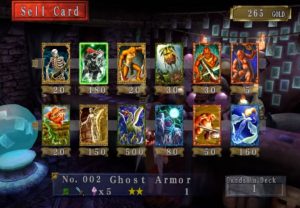 As far as the shop goes, you can sell off cards you don’t wish to use in order to purchase cards the shop might have in stock, but the real use of the store is spending experience built up by your favorite cards to duplicate them (why have just 1 powerful card when you can have two), or evolve your cards into others. You can actually obtain most of the boss monster cards this way, and use them to kill other bosses- it’s a fantastic gameplay loop, though you can also acquire boss cards through sheer luck via an end of stage clear bonus. Of course, the shop is easily the best place to find powerful cards. Katia can gain a larger health and magic stone gauge as you progress through the game’s story, but she, herself, does not level up at all.

When it comes down to it, Lost Kingdoms shares a lot with card battler contemporaries like Baten Kaitos, but fighting in real-time significantly changes the dynamics of combat. Not being able to revisit stages after completing them may sound like you could play yourself into a corner, like with Fire Emblem games, but you can quit or die in a stage to keep all experience and goodies from treasure chests, so there’s no chance you get railroaded into a corner in Lost Kingdoms.

Of course, my method for playing this game is to explore the stage, first, finding all treasure chest off the beaten path, and then quitting out and trying the stage a second time to get a fast clear time. A fast clear rate means more reward cards at the end of the stage, which also means a higher chance at powerful boss cards. This method of play might sound a tiny bit tedious, but it’s really not since most stages are quite short, I just wanted all of the goodies and Lost Kingdoms’ difficulty by no means necessitates playing through the game in this manner (I beat it as a child taking my sweet time and getting the fewest reward cards, and I had no trouble). 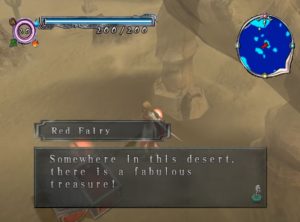 Similarly, the card economy of Lost Kingdoms is integral to its challenge. One of the largest reasons people didn’t like the game, back in the day, is that some players only wanted to use their biggest, most powerful cards, and didn’t like adding slightly worse cards that they found in the stage in order to keep playing. Unfortunately, Lost Kingdoms does require you be flexible and use a wide variety of attacks even if they’re not your favorite, especially if you explore every inch of every stage. You can circumvent this later in the game of course, as duplicating cards that refresh other cards in your deck (such as the Mind Flayer) will allow you the ability to craft your perfect deck of attacks with which to slay all who stand before you.

When it comes down to it, Lost Kingdoms is a very unique RPG experience, with very few games producing a similar gameplay experience outside of its sequel Lost Kingdoms II. Does Lost Kingdoms still hold up two decades later? Well, I’m not sure. The game is also not very polished, though I feel like that should go without saying since, you know, early 00’s From Software. 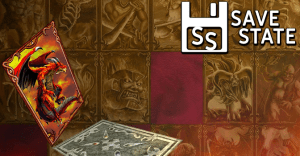 The camera control even has that early 2000s wonky flair, where you can turn the camera at specific angles with the c-stick, so the camera has more in common with Super Mario 64 than it does video games of today. Lost Kingdoms is, however, a game that I spent many of the formative years of my childhood playing, and its unique combat mechanics still entertain me to this day.

Lost Kingdoms is a very particular kind of jank, and it’s certainly a unique experience that I could easily recommend to someone looking for an interesting retro RPG.