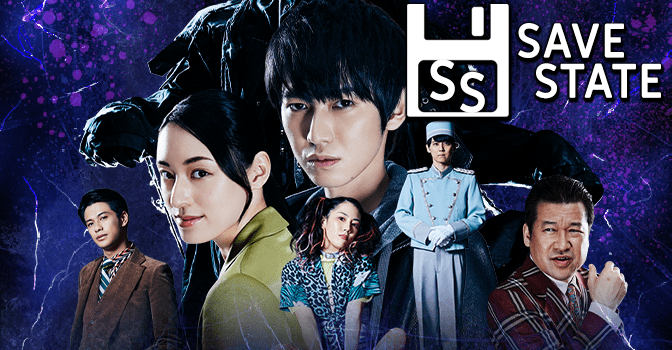 Welcome to Save State, such a lovely place, such a lovely face. During the last couple of weeks, I’ve found myself on a tiny bit of a visual novel kick, but one thing about those games is that they can be incredibly long and involved. I happened to stumble across a game in my Steam library called Death Come True– an FMV game, which is basically an interactive movie that you watch play out and make periodic choices to influence outcomes. The presentation of the game was slick enough that, before I knew it, the game was already installed on my hard drive. 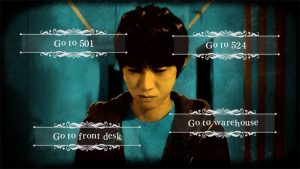 Death Come True is an incredibly interesting game- choose-your-adventure games like Night Trap and the like are a rarity, with only things like Erica or Her Story coming to mind as examples. Death Come True has quite the pedigree behind it, as well, since its development studio was formed of the scenario writer for Danganronpa and others who worked on the Zero Escape games, each of which are series I’ve lauded in this very column.

What separates Death Come True from visual novels like the aforementioned is the simple fact that it’s not, well, a novel. If you’re an English speaker there’s a very good chance you will have to do a lot of reading, but that’s primarily because Death Come True is a full motion video game dubbed in Japanese, with subtitles in other languages. FMV games very often tend to tell a choose-your-own adventure book type of story where events play out on your screen, and you make some kind of choice at pivotal moments. 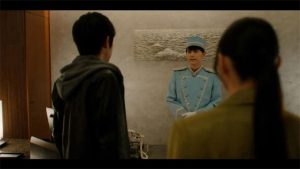 Death Come True begins how most great adventures start. No, not in a bar, but as an amnesiac in a hotel room. The game’s protagonist is awakened by the front desk of the hotel calling him, which begins a mad dash by the protagonist as he realizes that he doesn’t quite know who or where he is. Finding an unconscious woman in a bathtub, he overhears the evening news mention the name of a dangerous serial killer on the loose- a young man who just so happens to look exactly like him. As he’s trying to remember something, anything about the situation, a police officer knocks on the hotel room’s door…

Taking obvious inspiration from Danganronpa, a game series that isn’t above using deadly situations as a method for spurring player involvement with the story, Death Come True presents the player with an interactive movie experience that has branching paths based on what you select. Choosing the wrong option will sometimes reveal new information you wouldn’t have otherwise received, and should the protagonist be killed he reawaken in his hotel room, armed with the knowledge he gained of his last attempt. Given the scenario writer for Death Come True, it makes sense that this is a more experimental game in the genre, willing to play with themes of death and sci-fi in order to fit the greater narrative and unravel the mystery of the hotel, and what the protagonist is even doing there in the first place. 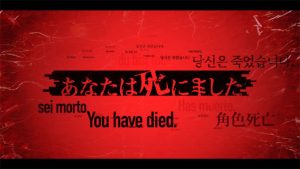 The recorded live action scenes for Death Come True were very clearly recorded using a limited budget, but the actors themselves are great and sell their actions very well. The crew that made the game used a little to produce quite a lot of footage, producing a variety of twists and turns through Death Come True’s various branching paths, all to lead you to one ultimate truth, and a choice between two endings. It only really takes two, maybe two and a half hours to reach the conclusion of this game, which hearkens back to a predominant stumbling block of FMV games since the 90’s: Their short run time.

The cinematography of Death Come True is actually great, which means that the development and camera team understood the basics of moviemaking to keep the player engaged so you’re not just sitting there, waiting to make your next choice. They use close ups, foreshortening, tracking shots, and more to help sell the murder mystery in the hotel. This seems like something simple, but a lot of FMV games miss the fundamentals and just use medium shots for 90% of the game, so having more extreme uses of the camera to sell the expressions of the protagonist really does help. 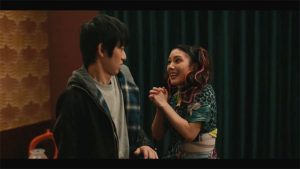 Death Come True is a very, very short game, something that relatively holds true for any game that utilizes the same format. There’s only so much live action footage, and a lot of situations where the player can die needs to have them pushed back onto the main narrative path so the story can properly progress. There are a few scenes with characters who basically only show up if specific choices are made, for example, and if you choose a different response there might be whole scenes you miss. For example, you might never find out what’s up with the news anchor or might never even see the Misa Misa wannabe of Death Come True, either.

Despite the budget constraints, the story itself actually holds up very well, managing to be quite compelling and capable of drawing the player in to the mystery of the hotel, the protagonist, and other characters. The limited interaction actually causes you to get engaged with the goings-on, far more so than if you just watched a movie with the same plot. Even after reaching the end of the game and solving all of the mysteries that abounded through Death Come True, I still wanted to see more. After finishing the game there are a variety of extras, outtakes, and videos extrapolating how they directed the actors, but I just wanted to see more of the protagonist and the other characters interacting. You get a pretty decent sense of how heartbreaking the circumstances are, but there definitely could have been more fleshing-out in specific character interactions. 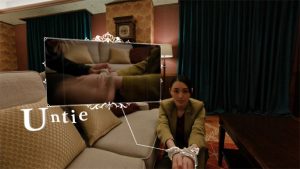 For the most part, Death Come True is an extremely entertaining, but short-lived foray into the genre of FMV games. It quickly hits most of the high notes you’d get from something like Danganronpa, which makes sense given who created this game, but it definitely made me appreciate all of the additional information and character development you can get during Free Time in the Danganronpa series. If you even remotely like any of Spike Chunsoft’s visual novels, then Death Come True might be a nice way to spend an evening after work. This could also be a great title for detective game fans to try out, as well.

With that, we’ll Ctrl+S this week’s edition of Save State. Remember to tip your bellhop, and don’t let crazy girls with twintails into your room under any circumstance.