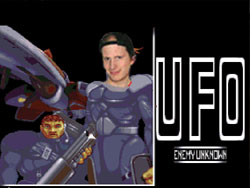 Remakes and Reboots. I’ve dealt with both of them. Just before writing this, I played After Burner Climax on Xbox Live Arcade. Although it’s a reboot of the 1987 arcade classic After Burner II, in my opinion it was done right. It feels like the original arcade game, looks amazing, sounds amazing (especially with the original AB II soundtrack) and still is able to include some fresh features to cater to a new crowd. Then again, it is a port of a 2006 arcade game.

Then we have Bionic Commando. No, I’m not talking about that horrible sequel that ruined the series’ legacy, but rather the far superior Rearmed that came out on XBLA and PSN. Despite using a 3D engine, it still was reminiscent of the NES classic, even going as far as making fun of some the aspects of the original game.

Sadly not all remakes and reboots are that great. After all, look at the disgrace that was Turtles in Time Reshelled. This was a game that I was looking forward to since its announcement. After all we are talking about a remake of an arcade and Super Nintendo classic. What did we get? Boring gameplay, washed out graphics, and that God-awful soundtrack that sounds NOTHING like the original games. It was a disgrace to TMNT fans everywhere.

Don’t get me wrong, I enjoy playing a remake of a beloved series, but only if it’s done right. I want the game to play the same way I played the original, but add just the right touch of modern twist.

But if they take the name of a beloved franchise and completely change it to something else, it can be devastating to that series’ fans.

Which brings me to X-COM.

If any of you remember, the original X-COM (subtitled UFO Defense, originally called UFO: Enemy Unknown) was released for the PC in 1994. It was a tactical strategy game where you controlled an extraterrestrial combat unit (aka X-COM) against an invading alien force. It combined elements of Civilization (researching technology,) SimCity (headquarters development and financial responsibility) and Jagged Alliance (turn based combat.)

It was a very complete project. I spent most of my summer playing the game religiously, learning the game’s finer points, trying to capture that last commander in order to find the alien’s main base, and dealing with the mind control tactics of those damn Ethereals.

The original X-COM was critically acclaimed, and is even considered to this day as one of the best games of all time (ranked up there, ironically, with the Civilization series.) It was also the game that sealed my belief that looks aren’t everything. The game was ugly compared to other games at the time, with simple VGA graphics, but it was what was inside that made the game an experience.

A similarly played sequel called Terror from the Deep was released a year later, but afterwards the series started to go downhill. Apocalypse came later and turned the game into real time combat (although turn based could still be selected as an option,) and that was the end of the tactical series we knew and loved.

After that the series went towards other ventures, such as space combat (Interceptor) and third person action (Enforcer.) It was not the game I played once before.

And sadly that’s where the "re-imagining" comes along. When 2K Marin announced a new X-COM game, I was at first was excited, until I heard the description. Rather than being the head of a combat force, you are in control of an FBI Agent tasked with "identifying and eliminating the growing threat" of an "unknown enemy." Even worse, the game is going to be set in a first person perspective. Again, it looks like 3D is going to damage a beloved franchise. I know details are still too scarce at the moment, but the fact of the matter is that this is not sounding like a true X-COM game. In fact, it just sounds like a standard shooter that 2K Marin decided to just slap the X-COM name on in order to get the fans attention.

Oh trust me, it got mine, but for all the wrong reasons. Of course I will allow 2K to explain their "re-imagining" to me, but until then, I will remain skeptical.

The good news, however, is that I actually found my original copies of UFO Defense and Terror From the Deep and got them to run on my new laptop via DOSBox. So even with 2K potentially ruining the series, I can always go back to the original.

And for the first time in over 15 years, I finally was able to defeat UFO Defense. Next stop…the oceans, and the extermination of T’leth!