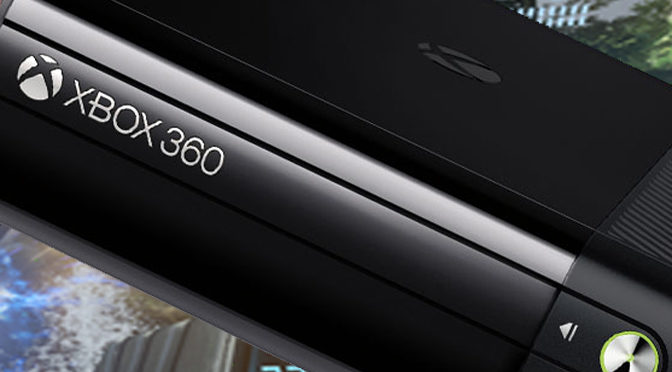 You know, when a console has a lifespan of at least 10 years you know it can be considered a massive success. Look at the Atari 2600. It lasted 13 years, despite being put on life support after the 1983 game crash. The Nintendo Entertainment System was test marketed in 1985, and discontinued in 1995. And more recently the PlayStation 2 arrived in North America in 2000, but discontinued worldwide in 2013. Thirteen years. That’s quite impressive for console lifespans.

And now, we have Microsoft discontinuing production of the Xbox 360, a little over ten years after the console launched on November 22, 2005. I still remember when I got my system, as I waited in front of the Sterling, VA Best Buy for almost twelve hours. It was cold and rainy but thankfully the people in front of me had a tent that they weren’t using, so they were kind enough to let me camp out in there. They even went as far as getting me a late lunch from a nearby McDonald’s so I would lose my place in line. Considering I was tenth in line, and there were over 200 behind me at the time, the results might have been disastrous.

At the time I didn’t have the console preordered but I did have three games ready for me: Madden 06, Project Gotham 3, and Perfect Dark Zero. Originally I had Quake 4 reserved as well, but as I received a review copy of the PC version a few weeks before, I cancelled the preorder for the 360 version.

That night I knew I was ready for something amazing, and for launch titles I wasn’t completely disappointed. Yes, Madden 06 was barebones as it could possibly be and Perfect Dark Zero was not the groundbreaking title that its predecessor was but it gave me a taste of true HD quality gaming. Gotham 3, however, completely wowed me and it was my favorite game of the launch era.

It was an amazing time to be an Xbox 360 owner, but that was until the fateful day I received a copy of Bioshock to review. That was the day I got my first ever Red Ring of Death, the system killing technical flaw that hampered first generation 360s. Eventually I got my console repaired, and in a very smart move by Microsoft, they said any repairs for Red Ring failures would be covered for free for the first three years that a console is manufactured. That was a huge relief for me as a year later I got a second case of Red Ring and had to send it off for repairs. I owned that replacement unit until just before I left for MAGFest in 2012. Knowing that I might be due for another Red Ring in a few months, I traded it in at my local Best Buy and picked up the slimmer model released last year, known as the Xbox 360 S. It was a smart choice for me, and thankfully after buying it I never had any problems with the console getting a Red Ring of Death ever again.

But times eventually change, and forward progress needs to carry on. That leads us to the launch of the Xbox One in 2013. I knew originally if Microsoft stuck with the policies that Don Mattrick wanted to force down our throats, such as the always on connection and inability to trade in discs, I would not have purchased it at all to begin with. Alas that wasn’t the case when Phil Spencer took over and I ended up buying my Xbox One in January 2014. Even with all the games I started playing on the X1, I still kept my Xbox 360 because there was a huge library that I already owned on that system. In the end, I had over 200 games installed on the 360 hard drive (which I had to upgrade from 20, to 120, to 250 via the 360 S, and finally upwards of 500 GB!) I thought that I’d end up keeping my 360 just to play all those old games.

We all know how that turned out, didn’t we? If not, allow me to retort…

Backwards Compatibility! Being able to play my Xbox 360 games on Xbox One was amazing. No one ever thought the day would come, but here I am in the end of April 2016 and the 71 games I had on my 360 library are now playable on my Xbox One with many more on the way. It made me reach a crossroads in my gaming career, and a few months ago I made the decision to trade in my Xbox 360.

It was a long, mostly successful and enjoyable history I had with the 360, but it was time for me to move on. Thankfully for people like me, this is only the end of the 360’s production. Games for Xbox 360 will continue to be supported, especially now since they are also becoming backwards compatible with Xbox One. It’s been a wild ride, and I am more than happy to have been part of it.

Xbox 360, 2005-2016. Thank you for the great memories. May you live eternal through Xbox One Backwards Compatibility.

Currently Playing: Far Cry Primal (PC, now that they patched it so I can play with a gamepad)

Waiting For: DOOM (Xbox One) Fallout 4: Far Harbor (Xbox One)