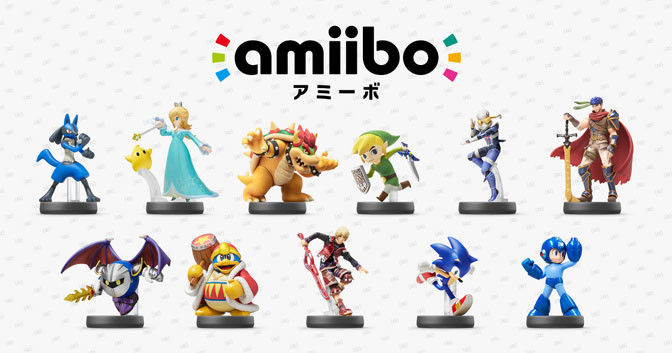 You know, tax time is usually a very happy time for me, and this year is no exception. With my refund, I decided to make up for past mistakes, namely selling past stock. Yes, that’s right, I got another PS4 to start off with. Though I am still making the Xbox One my primary console, I feel that I should still have options, and it makes it easier for me to get games from Gamefly in case one system’s game is set to Low Availability.

In addition I also made a huge update to my Xbox 360…in the form of a 500 GB hard drive. With all the free games coming out via Games With Gold, I had to keep deleting and reinstalling games on the 250 GB drive I had previously installed, and that’s not including a partitioned USB drive (only 32GB can be used? Come on Microsoft, you need to fix that!) So now all my games will be transferred onto the new drive and I won’t need to keep shuffling installs. But even better, I can now use that external hard drive for my Wii U, and what better time than now. I will explain why in a bit.

But before that I need to address the other big purchases I have been doing, and it’s what I want to center my column on. I have a new addiction: Amiibos. It started off innocently when I purchased my Wii U with Super Smash Bros. I purchased a Samus and Mario Amiibo to use with both Smash and Mario Kart 8 which Gamefly sent me. But over time I realized how impressive these small figures were. Even the packaging is quite impressive. Don’t know why, but they entranced me. So over time I started collecting more and more Amiibos. A Kirby here, a Pikachu there, but it wasn’t when I tried to order Donkey Kong via Best Buy Online that really got me into collecting.

When I went to Best Buy to pick up said figure, I returned home and realized they gave me the wrong one; they gave me Diddy Kong. At first I was not happy with them because I was going to use Donkey Kong as a Smash character (seeing as he is who I played Smash with the most,) but someone told me that (at the time) Diddy Kong was one of the rarer figures. It was that moment that I started to become a serious collector, even going as far as picking up four figures over the Christmas holiday at Toys R Us because they offered $44 for all four: Link, Fox, Zelda, and finally a Donkey Kong.

In the end, I was able to get all the common figures, but it was then that the challenge began. Even before collecting all of them, I heard about certain characters being discontinued, namely those in Wave 1 that have been called the “Holy Trinity:” Wii Fit Trainer, Villager, and Marth. Needless to say finding these characters in stores was near impossible. Even worse, more characters from succeeding waves started to become scarce: Little Mac, Pit, and Captain Falcon were hard to come by. It started to get insane.

Eventually I was able to procure Pit and Captain Falcon, but only after going to the one location I really didn’t want to do in the first place: eBay, the denizen of greedy resellers everywhere. Granted I spent no more than $30 for each figure, but most of the rarer figures go for much higher. Prices for Little Mac were listed at about $75, and for a US version of the “Holy Trinity” figures, you were looking at possibly $100 each!

And now with Wave 3 coming out this week, with Bowser becoming the only common figure, we now have another problem: store exclusive figures where pre-orders are not only sold out, are being cancelled. Lucario, who is a Toys R Us exclusive, is a victim of these canceled preorders. Gamestop exclusive Shulk is nowhere to be found, as well as Meta Knight, an exclusive to Best Buy.

However, the one figure that got the most notoriety in terms of store exclusives, is Rosalina, who is a Target exclusive. Granted I was able to get a Rosalina figure and it should arrive here by the time this column is published, but resellers are now spiking her figure up to at least $50, and there are even some who are hoarding them for unscrupulous reasons. Case in point, one individual who hates Rosalina for some completely insane reasons, hoarded 100 Rosalina figures and is charging over $100 for each figure. Who would want to purchase from him anyway? I would post the video of his rant, but it goes way beyond NSFW that I refuse to link it. Instead, I’m going to post Pat the NES Punk, another harsh critic of resellers, talking about it in his podcast:

And yes, Pat, I agree with you, retailers should limit purchases to one per person.

Needless to say, these resellers infuriate me. I actually saw Amiibos being resold at MAGFest. Granted they were nowhere near as bad as the guy I mentioned above, but they were priced at $40 at the highest, and that was for Little Mac (which I still need,) Pit, Captain Falcon and a Japanese King Dedede. Still, I don’t want to completely blame this on resellers, but I want to call out Nintendo for not releasing more stock. It’s the original Wii all over again, and that’s also happening with games.

And this, is where I go back to my USB hard drive comment. There are a lot of good Wii games I want to purchase. One of which that I really wanted to get is Metroid Prime Trilogy, a 2009 compilation of all three Metroid Prime games (Prime, Echoes, and Corruption.) However, as the game was out of print, again the only place to get it was eBay, and lo and behold, the resellers are out en masse again! A complete sealed copy of Metroid Prime Trilogy originally ran at least $100, so many people who didn’t have a lot of money to spend were left in the cold.

At least until a few weeks ago. In an impressive move that I will give Nintendo a lot of credit for, they are now releasing Wii games as downloads in their eShop. For the promotion, three games were announced and were available for only $10 the week they were released (where afterwards they would go up to $20.) The three games in order were: Super Mario Galaxy 2, Punch-Out, and yes, Metroid Prime Trilogy!

So what did that do? It allowed those who wanted to play Trilogy to get a digital copy (meaning faster load times as well) for only $10 ($20 by the time this column comes out) and it dealt a crippling blow to greedy resellers who screw those who just want to play the games they love! This is a start, but Nintendo still has a long way to go to prevent stuff like this from happening. After all, we’ve seen it happen not just with the Amiibos, but the Majora’s Mask “New” 3DS as well.

While we’re at it Nintendo, when are you going to offer GameCube games for Virtual Console? I want to play F-Zero GX again, and not have to be put at the mercy of another greedy reseller!

Waiting For: Evolve (Xbox One OR PS4)