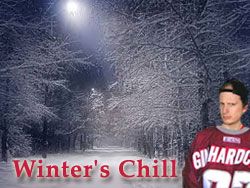 I hate this time of year.

The holiday season comes to an end, and with it, comes the dry spell after all the triple-A titles are released. Until Street Fighter IV is released next month, I am stuck without any new titles to play. It's almost like the searing winter cold gripping much of the country this week is also freezing out the industry.

Even worse, it's also making my waiting list on Gamefly much shorter than it was last fall. After returning Fable II (which was a mistake considering this week's release of the Knothole Island DLC,) I ended up getting both Tomb Raider Underworld on PS3 (which was so bad I plan to send it back later today) and Tom Clancy's Endwar on 360, all that is left on my Q are both versions of Mortal Kombat vs. DC Universe, which I have been wanting to play since I got hands on it at VGX last November.

I ended up re-adding LittleBigPlanet, in the hopes of doing the Keep It option which I should have done in the first place, but since all these titles are listed as Low Availability, who knows when I will get them?

That does give me a chance, however to go back through some old titles that I have been meaning to finish. Going back through my XBLA collection, I ended up playing a lot of classics more often, almost as if I was back to playing MAME on my computer before I made the switchover to Linux (thanks to Vista freezing up every time I wanted to either watch the Angry Video Game Nerd or the Nostalgia Critic, let alone any Youtube video.)

Going back to playing Duke Nukem 3D and DOOM brought back many good memories of PC gaming when I was in college. And then of course there are all the old arcade classics that I had collected over the years on Live. In fact, I got some harassment from my GamerGeeks co-host Kelly when she found out I was playing Track and Field, calling it gay.

My response, "This from the girl who was playing Shrek the Third a few minutes ago?" Come on Kelly, I know Track and Field might not be a very recent title but dude, it's still a classic. Ever watch Chasing Ghosts? You see how those two gamers came up with the pencil trick to beat T&F? You willing to tell those two that game is gay?

At least we also got to team up on getting our Gamerscores past certain barriers. By both of us working on Prince of Persia the last few days we found it an easy way to build up our scores. In fact, just earlier this week Kelly hit the 10,000 plateau, while I'm on the verge of hitting 30,000.

Hopefully by going back to the classics, as well as finishing Prince of Persia, and even with a touch of Endwar, I will be able to reach it soon. But if not, I guess I'm going to have to wait for Street Fighter IV to get here. Next month, and any hint of warmth, still seems so far away.