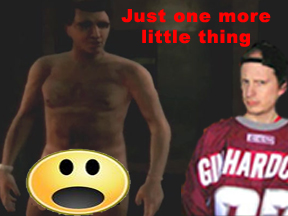 In the eleven years plus that I have written for this site, I know I've said five words more than anything else. Rockstar has gone too far.

It just seems that every time Rockstar does something that shocks me and I feel that they have gone way too far and can't do anything more shocking, it happens again.

Look at what we went through before. Of course we start off with the GTA series, and each game gets more and more shocking than the last. After all look at San Andreas. Until then the series never used the F-bomb, and that game rivals a movie like Scarface for most uses of the F-bomb. But even that is not the most controversial element found. It was the Hot Coffee minigame that caused the game to not only receive an AO rating but to be pulled from store shelves. Eventually the game was re-released with Hot Coffee removed and retained its original M rating, but the damage was done.

I will admit, however, that I've never seen Hot Coffee firsthand.

It wasn't just GTA that caused Rockstar a lot of controversy. Look at the Manhunt series. When I reviewed the first game I found it to be an impressive stealth title but the level of violence was just insane. In fact the review I wrote for it began with my mantra of "Rockstar has gone too far."

And of course there was the controversy of the Wii version of Manhunt 2, and its unique control system. Eventually the game had to be recalled prior to the original launch date, edited and censored, and finally released with an M rating.

But some of the controversy that Rockstar gets is totally uncalled for, and in this case we look at Bully. In a typical knee jerk reaction, one well known censor had to get involved in the matter and refer to the game as a "Columbine simulator," an allegation that couldn't be further than the truth, as Bully turned out to be one of Rockstar's tamer releases. I called it a virtual "Revenge of the Nerds." No wonder that individual ended up getting disbarred last year.

Still, there are those moments which Rockstar takes advantage of saying "$^#@ you" to all of their critics, including that certain censor. And now that they are providing new material via downloadable content, they can forego having to deal with retailers and only deal with parents who would be dumb enough to let their kids download the latest release. In this case, I'm referring to the 360 exclusive Lost and Damned expansion of GTA IV.

Let me go through my session of playing this game. So far everything looks like usual. It's the typical GTA style gameplay that we know so well. Nothing out of the ordinary

Then we get to a mission called "Politics," where I'm given a new contact, one Congressman Stubbs, who I am supposed to meet at a special "gentlemen's club." But not the usual gentlemen's club the GTA series is known for but rather a massage parlor.

So after seeing Johnny finish a hilarious discussion with a snooty British doorman, we meet Stubbs as he is getting a massage, wearing nothing but a towel. But then he stands up during the conversation we get a view of his rear end. Disturbing, but we've seen it before (Raiden onboard Arsenal Gear, anyone?)

But it gets worse. They start showing more and more of him, right down to showing his pubic hair. I'm starting to get queasy. Not even paying attention to the storyline I keep saying out loud "no lower, no lower."

And just when I think the conversation is over and I'm about to start the mission I hear "Hey Johnny!" and then it happens"

THE GOGGLES, THEY DO NOTHING!

ROCKSTAR HAS DEFINITELY GONE TOO FAR!!!!

Right after seeing that I ran to the bathroom, turned on the shower, curled up in the fetal position with my clothes on, and started to wash my eyes out with disinfectant.

But still, Rockstar has their way of shocking their critics and even their fans, and this latest matter takes it to a whole new level. After all, with the possible exception of Hot Coffee (possible as I have never seen it myself) I don't ever recall them ever showing full frontal female nudity in their games. Even when they have strippers, they have their breasts covered with pasties.

And now with DLC it makes it easier to provide more controversial matter without having to deal with retailers. The only possible access is if parents are dumb enough to leave their credit card information on their 360, or leave 1,600 Microsoft Points available on their balance, without any form of control.

But on the bright side, when I met up with Stubbs again, he was wearing a towel while sitting in a sauna, and he never stood up"thank God.