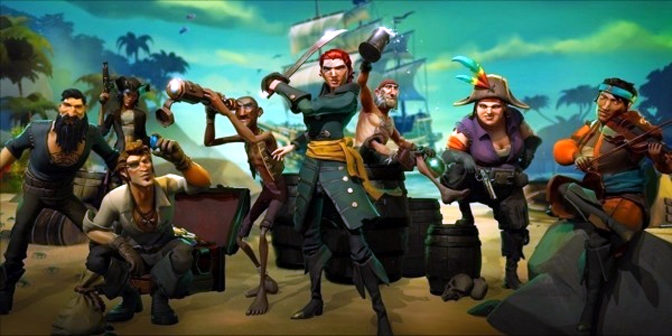 Retailers are upset over the Xbox Game Pass, but I couldn’t be happier.

Now that the holiday season has come and gone, I have been going back to older games that I was not able to play before. One of these such games was the 2015 release of Mad Max. While it had no direct involvement by George Miller and only had slight references to Fury Road, it turns out to be a pretty decent exploration adventure game that many fans of the Mordor series would feel at home with, with the addition of some pretty impressive vehicular combat. Granted I did play this game originally on Steam, it felt good to play it again on my Xbox One X, though I’d love to see it get the Enhancement treatment.

In fact, for those who want to know the history of how this game came to be and why I said about the lack of involvement by George Miller, I strongly suggest checking this video out.

But I can hear what you all saying right now. If I already own the game on Steam, then why are you playing it again on Xbox? It’s because I am also a subscriber to Xbox Game Pass. What that does, is for $10 a month I have access to about 100 games that I can play as long as I want, provided they are on the service. It’s similar to the Vault feature that EA Access offers. And unlike the way PlayStation Now cloud streams games to your console (and you all know my take about how bad that experience was. If not, take a look at my review. Instead, Game Pass actually downloads the games to your Xbox hard drive.

I tried out Game Pass shortly before getting my Xbox One X, and though a majority of the games on it I already owned, there were some rare titles that I did not play just get, and as a result, get a second chance on my hard drive, Mad Max being one of them. In addition, over time some real gems were added to the collection, such as Metro: Last Light Redux, Saints Row IV Re-Elected, XCOM Enemy Within, and most notably, Gears 4, Halo 5, and Halo Wars 2.

I say “notably” about the last three because recently there was some news that came out recently that I hoped to cover earlier. In a recent announcement, Microsoft stated that any new first party titles that come out starting this year would immediately be added to Xbox Game Pass. That means Sea of Thieves, Crackdown 3, Forza Horizon 4, Halo 6, or anything out that comes out this year will be available at launch. Considering I wasn’t really into playing a game like Sea of Thieves to begin with and either spending $60 for it or waiting for Gamefly to send it to me, this suddenly changes my opinion on picking it up. Why not, considering I’m already paying $10/month for the service, which if you think of it, is $120/year, the equivalent of buying two games. Since I know I’d get Crackdown 3 and Forza Horizon 4 already, that basically means I’m getting Sea of Thieves for FREE!

If there’s one thing I’ve praised about services like EA Access and Xbox Game Pass, it’s the eventual value that you get from them. This is definitely great for the consumer like myself, but I know retailers are not happy with it. This is going to take a huge bite into their revenue, and I know of some retailers who have threatened to not sell anything Xbox related anymore as a result. That to me is overreacting.

Game Pass is not going to kill all sales. I know a lot of people who do prefer to get physical copies of their games, and will not change their minds or way of collecting them. In the end you are hurting them by not selling Xbox products, and it will eventually lead them to go to a competing retailer who will get their sales. Not only that, but would it be a surprise if the other retailer decides to spike their prices as a result in response to demand? How does that help the consumer?

In the end, these retailers might end up being as bad as the eBay-based resellers I’ve been very critical of. That, as well as the way some big retailers (who I won’t mention by name, though I’m sure you know who I’m talking about) find a way to screw over their customers when it comes to pre-orders.

Remember, going back to the Xbox 360, when I preordered a physical game, the retailer would never have it in the day it was supposed to come out. They would claim the date listed is the “shipping date,” instead of what they call the “launch date,” it would be lost in transit, or held behind in some mysterious “Memphis Warehouse.” I’ve heard all of that way too many times, and it made me swear off doing any physical pre-orders for good. But since moving on to this generation, pre-orders worked out much better for me. I knew that when I preordered a game on any of these services, it would already be downloaded onto my hard drive and once 12:01am hit on launch day, I was able to play it. No waiting outside for hours, no dealing with large crowds, and yes, no “Memphis Warehouse” excuses when a game doesn’t come in as scheduled.

I see that happening again now when games are released on Game Pass, and I couldn’t be any happier. Again, I know there are those who are still going to get their games as physical copies, and I sympathize for those who get screwed over by some store’s bad business decision. But as far as I’m concerned, if Microsoft continues this pro-consumer approach to getting newer first party titles on gamer’s hard drives, then I am all for it.