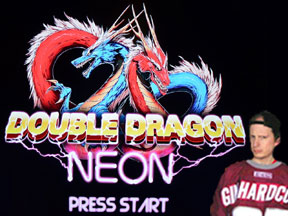 (And rebutting those who hate them)

I guess if there is one good thing about the slow game release schedule before the October rush begins, it’s being able to play a few of the classics. Sometimes it just feels good to go back to the games of the past that I knew and loved before the industry decided to corrupt gamers with online passes, day one DLC and power leveling. Such is the simple life that I enjoyed so long ago.

Darn, I sound like an old timer saying that.

But there is one trend that is going on that I am enjoying more or less, the HD remakes. A while ago I had a chance to play the Metal Gear Solid HD Collection on Xbox 360, and it truly felt like I was playing the games on my PS2 again, just with a higher resolution and sixty frames per second goodness. I love seeing classic games get a fresh coat of paint like this, although some will just label them as cash-ins.

Just today, Xbox Live released Jet Set Radio, which I used to play on the Dreamcast (under the Americanized name of Jet Grind Radio.) I admit I haven’t played much of it so far at the time of this writing (just three story missions) but from what I’ve seen so far, it feels exactly the same as the Dreamcast masterpiece, with just higher resolution textures. I heard some of the songs had to be changed, so I’m a little upset with that, but despite, it appears to be a worthy update.

But last week, another HD remake was released that has taken over most of my time, and I never thought it would: Double Dragon Neon. Let me get this out of the way right now. I always was a huge fan of the ORIGINAL Double Dragon, as well as the sequel, both in the arcade and on the NES.

And yes, by liking the original, that means that Double Dragon 3 Arcade doesn’t exist for me, the cartoon is forgotten, and yes, I refuse to even acknowledge the movie. I will also include the SNES game and the surprisingly great Game Boy Advance remake, which I considered the best Double Dragon game outside of the arcade.

But now, the geniuses at WayForward (who won me over with Contra 4) brought us Double Dragon Neon, a 25th anniversary tribute to all things Double Dragon, and to an extent, the best of what the 80s (and even the 90s) had to offer.

What I expected to be a simple beat-em up, a genre I miss badly, turned out to be a lot more. It starts off like the Double Dragon we know and love, but suddenly turns into something more insane. The game becomes an embodiment of not just Double Dragon, but all the great licensed Konami brawlers in the arcades.

And in a strange twist of irony, WayForward does it a lot better than what Ubisoft Singapore did with their Turtles in Time Re-shelled travesty. THIS is how you remake a classic brawler.

The game is non-stop fun, something I haven’t experienced in a game recently. Even more, I am hooked on the game’s soundtrack. Sure there are updated versions of the original songs, but some of the original scores are pretty darn good, and if they did come out on an 80s compilation CD, I’d definitely buy them.

The same goes for the hilarious voice acting. It’s so bad, it’s good. That really doesn’t give it justice, as both Billy and Jimmy sound like they have been ripped from the live action Teenage Mutant Ninja Turtles films (yes, another homage to classic Konami right there.)

But the best thing has to be the main villain. I thought I would be disappointed because Willy (the machinegun-wielding Shadow Warrior) was gone, but Skullmageddon more than made up for it. He is the perfect combination of all the classic 80s cartoon villains: Cobra Commander, Shredder, and of course, Skeletor (right down to his dead on voice.) Even seeing Marian tied up behind him on Mission 2 brought back memories of Big Trouble in Little China. Even the end theme is performed by him in a hilarious manner where he actually gives you the achievement. Some may call this blasphemy, but I found the end theme to be even better than Still Alive from Portal. Yes, I went there.

Eventually I will go into the game in more detail in a full review, but it goes without saying that I love it, and I know many others I’ve talked to do as well.

But in all our discussions, we go back to one so called ‘professional’ who wrote in his review how beat-em ups should remain dead, the experience is archaic, and how the game only lasts 30 minutes. And as a result, this ‘professional’ gave the game a 3 out of 10. I wonder just exactly how much of the game he played, because it took me three hours to beat the game on Normal mode, and I still had to play it on both Dragon AND Double Dragon modes to beat the whole thing. Again, this provides a valuable excuse not to listen to the so called ‘professionals’ and stick with independent reviewers you can trust, like your friends at GiN.

Expect my review of Double Dragon Neon to come soon, and it will get the score it deserves, from someone who played the game non-stop, and not just quitting and claiming the game is only 30 minutes long.

But if I do have to criticize one thing about Double Dragon Neon, please WayForward, keep your promise of online co-op.