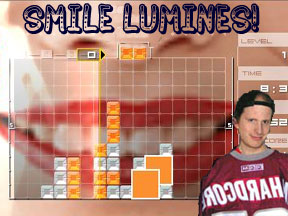 At the time of this article being posted, I will be en route to Philadelphia to cover this year's VGXPO. Where last year it took place at the Fort Washington Expo Center as part of an event hosted by NBC 10, this year it is returning to the Valley Forge Convention Center, where I experienced it for the first time.

Over the course of the weekend and the following week, I will be providing all the coverage from this event so make sure to look for it.

But before I leave, there is something that is going on that I am really furious about. Over the last few months, Microsoft has been providing a lot of new material for their Xbox Live Arcade service. (XBLA) With the announcement of Xbox Live Arcade Wednesday, Microsoft has released a new title every week! Since then we have had Frogger, Galaga, Pac-Man, Street Fighter 2 Hyper Fighting, Time Pilot, and most recently Ultimate Mortal Kombat 3 to name a few titles. While I am waiting for more of my favorites to arrive (especially Contra, Super Contra, and Gyruss,) my most anticipated title was released; Lumines Live.

Before I sold my PSP due to lack of interest, the only title I played on a regular basis was Lumines. Despite being a simple puzzle game, it was very addicting, and its music integration worked perfectly. When I obtained my brand new Samsung Blade (A900) phone from Sprint at E3, Lumines was included and while the sound quality was nowhere near the level of that of the PSP (this is a cell phone playing the game after all,) the game's overall feel was still intact and it was just as fun as its PSP cousin.

Now Lumines has finally made its arrival on Xbox 360 via Live Marketplace, but people are upset about the way it's being distributed. When purchasing the game, you first purchase the "base" package, which costs 1,200 Microsoft points (about $15.) But to get the full features of the game, such as extra songs/skins, you need to purchase separate add-on packs. As of this writing, there only extra available is the "Advance" pack for 400 credits (about $5.)

Apparently some people are up in arms about the distribution method. But as far as I'm concerned the matter, let me quote one of my favorite fat, greasy, drunken slobs, Artie Lange:

WAAAAAAAAAAAAH! I have to purchase a base pack.

WAAAAAAAAAAAAH! I have to purchase add-ons to get the full game.

WAAAAAAAAAAAAH! It's not fair the way Microsoft distributes the game.

WAAAAAAAAAAAAH! I'm a reviewer and I have to give my usual 6.6 because of the distribution system.

All I have to tell everyone out there who is crying like a little girl (and this means you, Mr. 6.6,) is to SHUT UP! When you think about it, with all the additions that have come out, the game will still probably cost just under $30. Did any of you whine and moan when you spent $40 for the PSP version?

I don't mind the whole distribution idea because Lumines is a great game, and I don't mind downloading the add-ons that I want and ignoring those that I would be forced to get if I buy the full version on PSP. Makes you wonder if reviewers wanted to find something to complain about.

I won't be surprised that he (Mr. 6.6) gives Lumines 2 on the PSP a good score, because he can purchase everything in one fell swoop. I'm curious just to what type of score some people will give to Castlevania: Symphony of the Night when it comes out. Guess it just depends on how many Microsoft Points it costs.