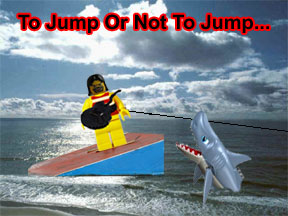 There's no denying it, I'm a Rock Band addict.

Considering my collection, which has just reached a total of 360 songs (the most recent being the Styx and REO Speedwagon '09 Tour Pack) out of a possible 650, I know I spent a lot of money purchasing songs for my addiction. However, it may surprise many people that I did not purchase the AC/DC Live track pack, but that is mostly because I'm not a big fan of live recordings. In fact, I place live recordings just above covers and MIDI at the bottom of my music preference food chain.

For those who are curious, my order of preference goes this way: studio masters, re-recordings, live recordings, covers, then MIDI from Wii Music.

Still, despite my preference for master tracks over live recordings, I still am proud of my huge collection, and I do want to commend Harmonix for keeping their promise of releasing new songs every week. Even when the new tunes do not appeal to my taste, at least there is new material to come across.

I have to admit there have been some strange choices that Harmonix has made recently. One that easily comes into mind is the Spongebob track pack. Surely it was done as a result of MTV's partners (Nickelodeon,) but still it's quite a strange choice for Rock Band fans. At least I can say it's not as disturbing as that Burger King commercial. (But then again, the Creepy King alone has been responsible for a lot of my therapy sessions.)

And while there may be those who like the genre, I'm not really interested in playing any country songs. But in my opinion, for every Styx/REO Speedwagon collection, there will always be a Toby Keith set list.

Apparently this trend is now moving away from DLC and going towards retail releases as well. We've already seen it in the previously mentioned AC/DC Live, and The Beatles: Rock Band recently announced their full package. I will definitely be purchasing the standalone disc. After all, I won't be paying $250 for all the special instruments considering the Rock Band and Guitar Hero instruments are already taking up way too much space in my living room. If only there will be an option to incorporate the Beatles tracks in my main Rock Band collection.

Then there is the PSP release of Rock Band Unplugged. Considering the success of Guitar Hero On Tour on the DS, it would make sense, but how is the PSP going to handle Rock Band without any special instruments? Using the PSP's face buttons just isn't going to cut it.

But even that cannot come close to the whole "what the *&@%" factor to what was announced on Tuesday: Lego Rock Band!

Sure making Lego games based on movie franchises (Star Wars and Indiana Smith) and comics (Batman) are one thing, but Rock Band? It just doesn't seem right. Again I understand branching out to a younger generation and making Rock Band a more family friendly title, but still is this the way to do it? And yes, I want to finally play Europe's "The Final Countdown," but I want to use my PO'd 360 Geek character, not a Lego facsimile.

And no, my main goal in completing a Rock Band game is completing the Endless Setlist 2 and earning the Steel Bladder achievement, not to "destroy a giant robot" or "demolish a skyscraper." And of course, not being able to export all 360 of my tracks will really hurt a lot.

Still, I hate to use the term, but I have to ask Harmonix: Have you guys jumped the shark on Rock Band?

By the way, for those of you who don't know, the term Jump The Shark refers to the old show Happy Days. In a fit of desperation, they had an episode where The Fonz had to jump a shark on water skis. It was ridiculous in the extreme, and the show never recovered. Now when a show or product starts to head down the wrong road, people say it's about to (or has) "jumped the shark."

Some of my colleagues think this already happed for Rock Band after the whole Spongebob DLC, but I feel that Lego Rock Band is going to be the actual tipping point where we get Rock Band overload, or as some would call it, over saturation. That's not a good thing in terms or marketing. It usually precedes a crash.

I'm willing to accept any counter logic from Harmonix, MTV Games, or any of their partners. I'm begging for it actually. If they are able to provide me some insight on Rock Band Live, I'll be more than happy to listen.

But in the end, I just ask, please Harmonix, don't take the Rock Band franchise down the wrong road, or the one that leads over the giant shark. It may seem like a great idea at first, but no good can come it.