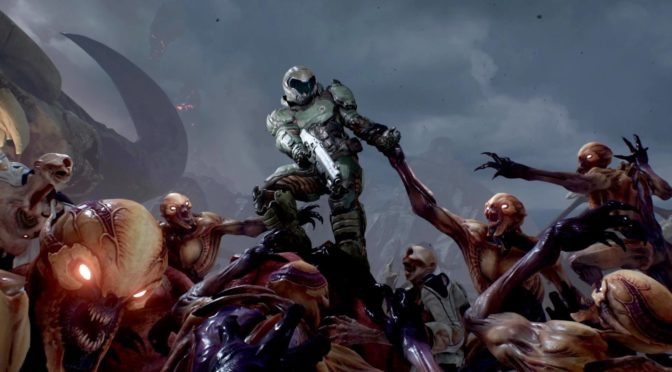 Can 2016 please come to an end? Seriously, with all the celebrity deaths, the fiasco that was the Presidential Election, my move and the financial issues that came from it, I’m ready to get rid of 2016 and move on to 2017. But I guess that even in a terrible year like this one, there were some good games I was able to get my hands on, as well as some great moments that deserve special mention.

It’s that time again to give away those special recognitions for the Hardcore Awards. Here we go.

COMEBACK OF THE YEAR 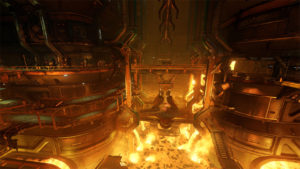 Let’s see. DOOM 3 came out in 2004. It takes id Software twelve years to come out with the next game in the DOOM universe. Since then we had Quake 4, RAGE, the departure of John Carmack, and a long stage of development hell. I didn’t even know until recently about the planned, and thankfully cancelled, release of DOOM 4 that made the game look more like a terrible Call of Duty ripoff. Id was smart to cancel it and start from scratch. The gameplay reveal at E3 2015 had me interested, with me calling it at one time “the snuff film that I want to play badly.” Then we had the beta, which made the mistake of centering around Certain Affinity’s multiplayer. They should have shown what mattered most: the single player campaign, which turned out to be one of the most entertaining single player experiences I had since Wolfenstein: The New Order. Adding the Snapmap feature is also a nice touch, and with new updates such as Arcade Mode, and I’ll keep coming back for me, whether I play it on Xbox One or on PC. But id, one more thing? New Game Plus, please?

BIGGEST SURPRISE OF THE YEAR 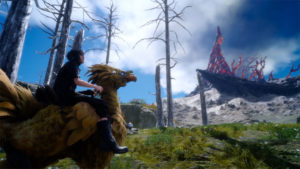 The unthinkable has happened. I think all of you who have read my columns, whether you like what I say or hate it, know about my long, torrid history with the Final Fantasy series. While there were some breaks in my hatred with FF X’s combat system, it still had its problems, namely the characters. Hearing Wakka talk about “happy festival fireworks, yah” when an entire civilization is being destroyed makes me want to pull my hair out. And don’t get me started about Tidus’ whining about X being “HIS story.” Auron really needs to smack him around a bit more.

So when Gamefly sent me Final Fantasy XV, I was expecting the worst. I figured that if it was anything like the past games I could easily send it back and wait for the next title to arrive. Turns out I was wrong. Final Fantasy XV, errr, FINALLY, does combat the way I enjoy it. When I heard it took cues from Witcher 3 I didn’t think it would work out. It did. Combat as fast and engaging, menus are easy to access, no waiting for attacks to be done, and thankfully no FMV style summon overkill. Bye bye Super Nova! In addition, adding Monster Hunter style bounties are quite enjoyable. And I started a drinking game of my own for every time Ignis comes up with a new recipe. I never thought I’d ever say this about a Final Fantasy game but….it might be one of my best games of the year. Yes. I went there!

Yes we had VR trying to win us over this year, but aside from the PlayStation VR it is still out of reach for many of us out there, considering the requirements of a VR capable PC still being somewhat pricey. But I’m going to look more towards the updated consoles and how they fared. I know the Sony fanboys are going to go off on me about this (again,) but I’m sorry, neither the new PS4 Slim nor the PS4 Pro are winning me over. The Slim is basically the same console as a stock PS4, but is missing an optical audio jack that I know many people, myself included, still use on a regular basis. As for the PS4 Pro, with all the performance issues I’ve heard, such as games actually running worse on it compared to the stock PS4, graphic glitches, and the fan sounding like a jet engine about to take off, it’s best to wait and see how it turns out. Maybe things will get better for it next year, and it might have to once Scorpio comes out.

But this is 2016 and I’m looking at the Xbox One S as the best new hardware this year. In one revision they fixed many of the problems the original Xbox One had. It’s smaller, game performance has been tweaked slightly, and now supports 4K streaming, and much to a surprise, exclusive 4K Ultra HD Blu-ray playback. Why the PS4 Pro is missing this is a huge mystery for me.

SELLOUT OF THE YEAR 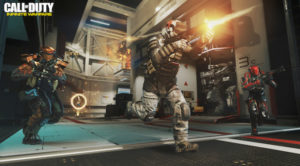 While we’re on the topic of finding ways to weasel money from customers, why don’t we get my choice for Sellout of the Year out of the way? We already know how remasters are getting way out of hand, so what do companies do for the remaster that everyone wants? They could offer it as a standalone project, or even be generous enough to add it to the Backwards Compatibility list, but not where Activision is concerned. People want Modern Warfare Remastered, right? Let’s just bundle it with Infinite Warfare? Who cares if IW is getting universally negative attention as a result of the trailer? We’ll force you to buy that game in order to get what you want. That’s Activision for you, and even though I didn’t mind Infinite Warfare that much, (heck I even liked the space combat features of the game,) this is still a greedy way to rip fans off. Shows that Activision only cares about money. But then again I’m actually shocked they didn’t make Modern Warfare Remastered a PS4 exclusive feature.

SELFLESS MOMENT OF THE YEAR 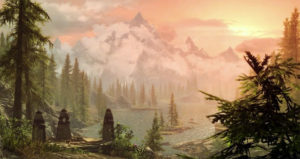 Despite the greed of some publishers, I’m glad to see there are those who do care for gamers and give them something in return. Last year we had CD Projekt Red and all of its free DLC for Witcher 3. Even EA is going down that route by giving free DLC to Battlefield 1. But the best this year has to be what Bethesda did. While I’m disappointed that the did not release Elder Scrolls V: Skyrim for backwards compatibility, and made a remaster for Xbox One and PS4 with mod support, when they announced the PC version, Bethesda stated that anyone who already owned Skyrim with all three DLC would get the Special Edition remaster for the low, low cost…of FREE! Though I wish it would also work out for console owners, the fact that PC owners get a free update starts to show how at times playing on PC really is much cheaper.

CHEAP SOB OF THE YEAR

Back to greed, or in this case, stupid marketing ideas. When the NES Classic Mini was announced, I knew it was going to be a hot seller, but I didn’t even think of how Nintendo is notorious for intentionally limiting stock. It happened with Mario 2/Zelda 2 carts in 1988, it happened with the N64 in 1996, it happened with the Wii in 2006, the Wii Fit Balance board, and most recently with Amiibos. But again, in typical Nintendo fashion, the NES Classics are extremely limited and resellers are taking advantage of it. Thankfully prices have peaked and they are starting to go down but it’s still way too expensive before the holiday. In fact I wouldn’t be surprised when I go to MAGFest and they will sell it for at least $100. When is Nintendo going to learn about when something is hot..to RELEASE MORE STOCK? It’s not rocket science! And no, Ghost of Satoru Iwata, I will not “PLEASE UNDERSTAND!”

DUMBA$$ OF THE YEAR 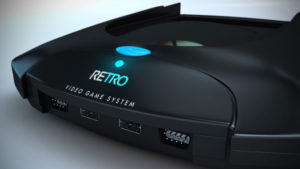 Oh Retro VGS/Coleco Chameleon/Mike Kennedy…talk about a deep rabbit hole on how NOT to announce a product. At first post your product on Indiegogo because you don’t have a working prototype, and then when you do claim to have a prototype and take a picture of it, do NOT use a video capture board from a CCTV and place it in your Atari Jaguar mold. Then finally, do not use a Super Nintendo motherboard! All of this ended up killing the system’s Kickstarter before it even began, and even worse, they ruined the name of a great classic system (the Colecovision) by calling it the Coleco Chameleon. That is just unforgiveable. I’m so glad that Retro VGS is officially done after that! 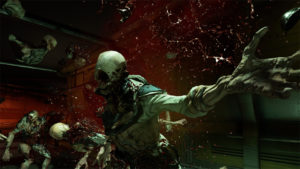 This is going to be a copout, but you all know how much I love the single player campaign of DOOM 2016. The game is just that good, and literally came out of nowhere. The guns feel right, even with their insane tweaks (micro missiles added to an assault rifle, a triple barrel chaingun mod that would make Reb Brown jealous, rockets that explode on impact, etc. etc. etc.,) the pacing is insanely fast to the point that stopping WILL kill you, and that epic Mick Gordon death metal score. I can’t just pick one moment of the game, so I’m giving it to ALL of DOOM 2016’s single player campaign. It more than deserved it. BUT…

BADA$$ OF THE YEAR 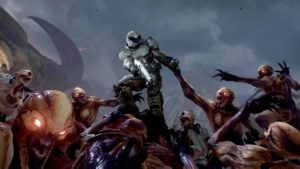 It couldn’t have been done without the main character of the game, now named the DOOM Slayer. Put it this way, he literally rises from a coffin in the game and grabs a demon by the face. He just wants to run and gun, and will not even accept any sign of story exposition at all. Be it throwing a monitor against a wall or punching out an elevator panel, he literally is doing what we’ve wanted all along. DOOM is not about exposition, it’s about demon killing and big ****ing guns. And DOOM Slayer is just so awesome in showing that.

And with that, part 1 of my year in review is complete. Come back in two weeks to see my picks for the best and of course the worst games of the year. Will Final Fantasy XV actually make it to my best list? Only time will tell.