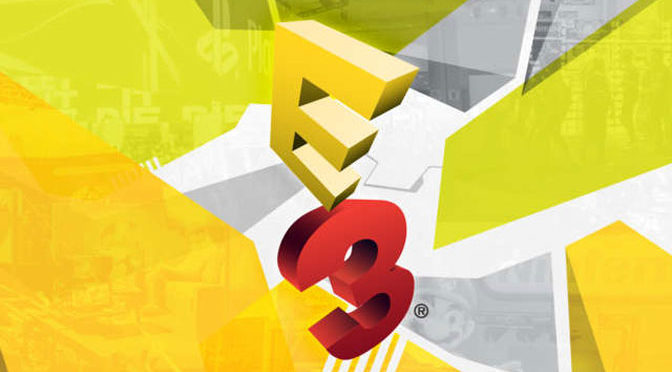 Really? Are we really at E3 already? It seems like I just got done with MAGFest which was in January, and here we are in mid-June and E3 starts this weekend. I guess I shouldn’t complain because in reality, I have been waiting for this weekend with baited breath, more so that previous E3 conferences for one reason: a new console is on the way.

Well, more than just that. Yes, I know the PS4 Pro was shown last fall, and the Switch launched earlier this year, though I still can’t find any without having to pay off greedy resellers. But this is the first E3 in who knows when that we are seeing a console unveiled AT E3, not in advance. But there are also the other conferences that I will be watching, and before we get started on all of them, I figure I would give my take on what I hope they show. Let’s start with, much to my surprise, this Saturday, or as I like to call it, Day Minus-2

So we are actually starting all the press conferences on Saturday, instead of the usual late Sunday start, and EA is leading everything off. We know they are going to show a lot of Star Wars Battlefront II, as well as a lot of EA Sports titles. But I only ask one thing from EA. Please, please, PLEASE, make the conference a little bit exciting for a change? I don’t want to be left bored watching a 15 minute interview with Pele again.

This is the big one in my opinion. It is time for Microsoft to do a complete 180 over the reveal of the Xbox One, with the Scorpio. (I really hope they keep that name, and not call it something like the Xbox One X which I have a feeling it will be.) You all know how much I’ve gone off on how amazing the Scorpio sounds on paper. The 6 TFlop GPU, being able to render 4K NATIVE at 60 frames per second, the way it handles system cooling, and how developers will not be held back due to console parity. But now we are seeing teaser videos for the Scorpio that gave hints at the launch date and the possible price.

Rumors are stating either October or November 13th at a $400 launch price. In fact, there are those on YouTube who analyzed the videos that support these rumors, such as this one from The Red Dragon, a YouTuber who I strongly recommend you check out:

If that is true (though I’m still expecting $500 myself,) that would possibly be a home run for Microsoft.

BUT, they also need to bring us the games, and despite the slow turnout early this year (aside from games like Halo Wars 2 for instance,) I am really convinced they are saving all their big guns for this week. I really hope it happens.

I’m very curious about Bethesda this year. Even without a major Elder Scrolls or Fallout release last year, they still had a strong lineup with Prey, Skyrim Special Edition, and yes, even Dishonored 2, despite my opinions of that game. This year however, I’m not quite sure about what they will unveil. We’ve heard rumors about an Elder Scrolls VI for a while now, but nothing has been hinted at, and we might see more about Quake Champions, but after that, it’s up in the air. I’m really hoping for a following to Wolfenstein: The New Order, though I have to wonder how BJ survived the nuclear blast at the end, or hopefully an expansion to DOOM 2016, maybe even a sequel.

Will South Park: The Fractured Butt Whole get a REAL release date for once? I hope so because the constant delays are starting to get on my nerves. I’m also sure we’ll see another Assassin’s Creed game announced after supposedly taking a year off (though still releasing the Ezio Collection,) but what I want to see more than anything is a return of Splinter Cell. It has been dormant for far too long and it really needs to make a return. Even better, announce the return of Michael Ironside as Sam Fisher!

I hear the mob already, and I made a promise to my staff that I would be as non-biased as possible and show fairness to everyone, but still, this is the conference that usually brings out the worst in me. This is the conference where we’ve seen people brought out to promote a Kickstarter game that won’t be out for a few years down the road, after all. In fact, will Shenmue 3 be shown off? After all, it was announced for 2017. (Update: The game has been delayed until 2018.)

That’s another problem that the Sony press conferences have. While they show some very promising material, there are for titles that don’t come out this year, they are usually a few years down the road. Last Guardian, anyone? It’s almost like Sony is following in the footsteps of Nintendo with all their releases, to the point I’m expecting Shuhei Yoshida to respond with a very simple “Please understand.”

However, there are also elements of the Sony press conference I’m curious to see. Will there be a price drop of both the PS4 Slim (to $249) and the PS4 Pro (to $349?) Will Sony continue to support PlayStation VR, and even offer that at a lower price? Or will they send it the way of the PlayStation Vita, which is a shame because the Vita was a very capable handheld, and the way Sony neglected it is borderline criminal? I’m also curious to see how games like Days Gone and (Viking) God of War are progressing. And yes, it’s a given they will show CoD: WWII, a series that needs to make up for the treatment it got after Battlefield 1 trounced Infinite Warfare.

So again, Nintendo will do another one of their “Nintendo Spotlights” rather than a standard press briefing. Now that the Switch is out to the public, well sort of as I can’t find it anywhere, surprise, surprise, what will Nintendo show that will actually come out this year in addition to Splatoon 2, Pokken Tournament DX, and of course, Super Mario Odyssey? Will any other games that they announce come out this year, or will they in typical Nintendo fashion, be released in 2018 or later.

More importantly, will they announce that they will increase production of the Switch, or do they still intend on limiting stock just to cater to resellers? Expect a lot of 3DS related titles as well.
But Nintendo, one simple request. Is it that hard to come out with a follow-up to F-Zero GX? It is way long overdue, and if you bring it out, I guarantee I will get a Switch just to play that!

Anyway, that’s my take on the E3 conferences, and I will be keeping a close eye on them and let you know what I think of them. Having to wait two weeks to give my opinion can be a real pain sometimes.

Waiting For: Any information about Scorpio!

Let us know what you are most looking forward to at the show this year in the comments section below.