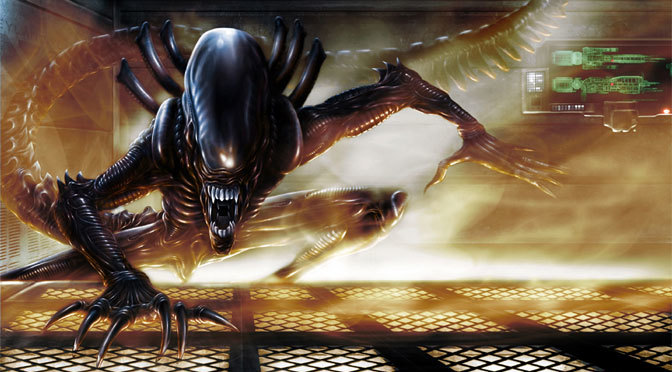 Before I get started on my column, I need to address something in regards to my future reviews. I know this is going to be considered an act of fanboyism, but I have my reasons in doing so. Earlier this week, I sold my PlayStation 4. Why, you may ask? Well aside from the whole Driveclub fiasco that is still going on, there haven’t been many games that were coming out just for the PS4 that interested me. The only game might have been LittleBigPlanet 3 but even that was not on the top of my must have list. Meanwhile there were tons of games that I could pick up on the Xbox One that I wanted to play but didn’t have the finances (at the time) to purchase. Since selling the PS4, I used some of the money to pick up Sunset Overdrive (which I am playing at the moment,) as well as Halo: The Master Chief Collection, COD Advanced Warfare, Assassin’s Creed Unity, Far Cry 4, WWE 2K15, and even Dragon Age: Inquisition. That’s not even including all the PC games that I plan to play, with the most recent being Civilization: Beyond Earth. Expect a review of that game very soon. But yes, with all of those games, it’s not worth me holding onto the PS4 anymore. Will I get another one eventually? Of course I will, but its better that I wait for more games to come out that compel me to get one. In the meantime, I’m happy with the Xbox One and PC, thank you very much.

Now with that out of the way, let’s talk about this holiday.

With today being Halloween and with all of us here at GiN writing and talking about spooky games that have come out, I of course had to come up with my own obligatory feature on games that scared me. Before I do that though, a little disclaimer needs to be mentioned. I do not like Halloween. I was never a big fan of the holiday since I was a child and living in a town where trick or treating was considered illegal, and now living in a town where I am literally banned from getting to my own house by our local police because of the annual parade that blocks the only road to my home. So needless to say, this is not my favorite time of the year.

But, obligations are obligations, and yes, I will mention there are games out there to this day that scare the living crap out of me. Even recently, with the launch of Alien Isolation, a game that we reviewed earlier this week, I too played Alien Isolation, or at least tried to, and did it the way it was recommended in the game options. That means playing with the lights completely off, and in complete silence, as any noise that the Kinect picked up could even alert not just the Alien, but also the Working Joes surrounding the area. I literally had to keep my mouth shut while the alien was prowling through corridors, as the slightest response would alert it to my presence.

But when it did see me and I knew my eventual fate, I literally jumped out of my seat and yelled, finishing with a resounding F-bomb. Though I’ve seen the Alien so many times before, it still scared the living crap out of me, almost to the point that I couldn’t keep playing the game. I even joked at my friends that if they have serious heart conditions, to not play Alien Isolation. I’m not saying it’s a bad game, far from it, it is an amazing experience, and even could rank up there as an honorable mention for my best games of the year. It’s just that it’s that terrifying that I have to back away from it for a while.

One thing is for sure, it’s a vast improvement over the abomination that was Aliens: Colonial Marines, a game I stopped playing after the first mission because of how terrible it was. There is a huge difference between quitting a bad game, and quitting one that makes you afraid of it, no matter how good it was. In fact, it reminds me a bit of another scary game I used to play, Enemy Zero on the Sega Saturn, a very terrifying experience of hunt or be hunted. I can’t provide a good review of it myself as I hadn’t played in years, but this review describes the game better than I ever would. (Not to mention, I have to give E0’s designer, the late Kenji Eno, props for how he announced the game…)

Then there was System Shock 2. You all know how upset I have gotten at the way the Shock series has gone, especially after the events of Bioshock Overrated, oops I mean Bioshock Infinite. That was not the case with System Shock 2, especially when a certain AI makes her return in such a surprising manner, but when I started hearing the voice of Terri Brosius, complete with the eerie digital alterations, I had to run away from my computer. Her voice still gives me nightmares to this day. See, or actually, hear for yourself…

Now, if only Crave didn’t cancel The Lost. It would have been great to hear her again, even if not as SHODAN… Either way, forget about Rapture and Columbia, get us back to Citadel Station right away!

But while we’re on the subject of scary shooters, I’m going to mention one that a lot of people criticize me about liking to this day…DOOM 3. Yes, I still favor it more in comparison to Half Life 2, and that will never change. Yes, the initial invasion of Mars City brought enough scares of its own, but for some reason it was the jump scare that occurs when you return to the colony bathroom, and how jarring it looks, always ends up unnerving:

So yeah it’s safe to say I’ve had my share of games that scare, but I think the scariest moment I had in a game was one that hit a little too close to home, and that was in Batman: Arkham Asylum. What turned out to be intentional as part of the game’s storyline made me think that my Xbox 360 was getting the Red Ring of Death. Maybe it was because when I played Bioshock, my 360 did the exact same thing when it got a Red Ring, but yes, this was scary in its own way.

Seeing that last one scared me all over again. I guess I’d better go play something less terrifying, so I’m going to go load up a classic like Tie Fighter again.