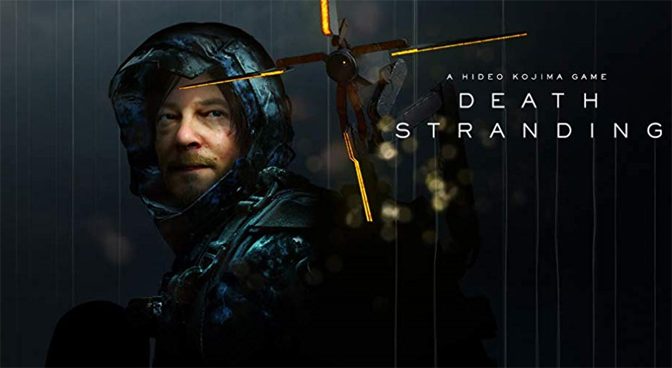 Again, this is another one of those weeks where I wasn’t ready to write something. Sure we had the outrage over the announcement of Fallout 1st, an Elder Scrolls Online style subscription service for Fallout 76, but that topic has been beaten to death. Not only that, but I haven’t even been on Fallout 76 lately to see if it really was necessary to play the game, otherwise I’d be working on another episode of “Didn’t Spend A Dime” to silence all of the usual knee-jerk reactions about microtransactions that we see every day.

And why is the reason I haven’t looked at Fallout 76? Three words: The Outer Worlds! Since its launch, Obsidian’s sci-fi mashup of Fallout New Vegas, Bioshock, and Firefly has completely won me over with its gorgeous visuals (despite being on the ancient Creation Engine,) smart dialogue, highly competent companion AI, and just overall fun gameplay. It truly is a return to the glory days of what the Fallout series once was known for, and go figure this is from someone who didn’t even like New Vegas! The way things are going, it looks like the game will easily fall into my top 5 games of the year list.

And with that, I’m sure I’ll be getting an email asking me to review it.

So with The Outer Worlds being such a darn good game, I thought we would finally have a week of gaming without certain people finding something to complain about. Oh how gullible I really am, because yup, some news comes out that causes certain people to lose their mind.

As we all know, Death Stranding, Hideo Kojima’s latest game, one that is still staying very mysterious in terms of gameplay, is coming out for the PlayStation 4 next Friday. And despite knowing very little about what the game is about aside from a few short gameplay teasers, centering more on the cutscenes and the story, there are those who are already acting like it’s going to be the game of the year.

Well, that was until the hopes and dreams of anyone who thinks that only those who own a PS4 should have every game on their system while others are left out in the cold, because earlier this week, it was announced that Death Stranding will also be coming out to the PC next summer.

Personally, I think this is great news, as it will mean that more people will get a chance to play the game. But of course, those who still cling on to just one system are going off on Twitter about it. Let’s look at some of these comments.

“Cancelled my #DeathStranding pre-order due the game going to PC. I hate being lied to.”

Uhhhh, how did Kojima lie to you. It was hinted as coming ot the PC for a while before the announcement.

“I cancelled my preorder of Death Stranding today (even though I still don’t won one, that’s besides the point)~! I REFUSE to support any game that promised being an exclusive to the PS4 and then suddenly come to PC~1

Good games should only be allowed the PS4~!”

First of all, work on your typing. You don’t need to use a tilde after every sentence. Secondly, this is the true definition of someone who is entitled and selfish. I can see this person singing “I Want It Now” Verruca Salt style before plunging down a garbage chute.

“Sony keeps shooting itself in the foot since Jim Ryan became CEO.”

I’d like to know how Jim Ryan was responsible. Did you expect him to put his foot down and demand it only be on PS4?

“Ahhh marketing backstabbing betrayal. PS4 exclusive…not! Gotta love it. Thank you to all who bought better TVs and PRO PS4s for this game. Enjoy.”

What part of IT’S STILL COMING TO PS4 do you not understand?

Ok, enough stupidity, because if I write anymore I would just have to give my Dumbass of the Year award out early. Look people, Death Stranding is still coming to the PS4. It’s not like Kojima cancelled the PS4 version and announced it’s now exclusive to PC. Are you really hurt that others will actually get a chance to play the game that you are clinging to your little plastic boxes like it’s going to be taken away from you?

The truth is, when more people get to play a game instead of clinging to just one console or platform, it’s a win for everyone. Not just for those who play it, but also for the developers who will get more sales, as well as the publisher. In this case, it will be 505 Games, and we’ve already seen their benefits when they announced they would be publishing the Xbox One version of No Man’s Sky. I say this is a great business decision, and it makes me wonder why the extremists have to find a way to ruin it for everyone else.

[amazon asin=B01GW8Y3O2&text=Pick up Death Stranding for yourself with a copy from Amazon!]

I’ll be giving Death Stranding a chance next Friday, as I plan to have it sent to me via Gamefly, and yes that will be the PS4 version. And yes, I might give it a second look next summer when it does come to the PC. Hopefully 505 will take it a step further by adding cross-save, but just like what I’m going through with The Outer Worlds on Xbox Game Pass, that’s wishful thinking on my part.

Speaking of The Outer Worlds, time for me to get back into that, but for my next column I will be making a major announcement that you will definitely not want to miss.